The Place: A 5th Grade Classroom

Little Johnny raises his hand and asks his teacher, "My Grandpa is always talking about ‘President Trump.' When was he the president?"

Johnny's teacher responds, "There never was a ‘President Trump', Johnny. That's a mass psychosis that afflicts some very sick people like your grandfather. Look in your history book. Look in Arlington Cemetery. You won't find any ‘President Trump' there. Your Grandpa needs help, Johnny. If any of your parents or grandparents talk about a ‘President Trump', be sure to tell someone in authority so we can get them the help they need."

Little Johnny searches his history book from the Table of Contents to the Index. There is no mention of a "President Trump."

Welcome to the Mandela Effect: the mass gaslighting of Planet Earth. It's been done before. It began again on Wednesday, January 20th, 2021.

Never heard of him.

The Mandela Effect aka Global Gaslighting

If you type "Mandela Effect" into Google, the brainwashing begins immediately. Of all the definitions in all the gin joints in all the world, Google just had to feature the definition from Healthline: "The bottom line. The Mandela effect is an unusual phenomenon where a large group of people remember something differently than how it occurred."

Ever hear of "gaslighting"!?

If you haven't guessed yet, gaslighting is one of my least favorite things. Maybe that's because I've had a bellyful of thirty years of being gaslighted by those nearest and dearest to me whose favorite Golden Age of Hollywood movie was...wait for it...Gaslight.

In this classic 1944 picture, Ingrid Bergman's husband (played by Charles Boyer) slowly and carefully convinces her she's insane, driving her to the brink of acquiescing to being committed to an asylum. Boyer does this by subtly changing things in her environment, hiding objet d'art or dipping the gaslights, then denying, contradicting and invalidating the evidence of Ingrid Bergman's own senses.

It's only when hero constable, Robert Cotton, turns to Ingrid and says in effect, "Hey, Gorgeous! Did you notice the gaslights dip?" that her brainwashing is shattered and she realizes she was sane all along but being manipulated to doubt her own senses.

That movie is the origin of the term "gaslighting" and it stinks.

Now multiply gaslighting by about 7.674 billion people and you have the Mandela Effect named for everyone's vivid memory of Nelson Mandela passing away in jail in the 1980s and again in 2013! (As C. S. Lewis wrote about Lazarus, "Your death (in vain. Died once) must all be died again." Like Hillary. But I digress.)

Yeah, I know some people claim there's a rip in time or blame CERN or wax eloquent about quantum physics or "False Memory Syndrome" but, please, let's keep it simple: we're being lied to. The MSM does it all the time! Why should today be any different?

The Left, the Deep State, whatever you choose to call Them can only have power over us if we pull a Bergman and choose to doubt Truth and Reality as we observe and know it.

They're the BernstEIN bears and no one can tell me otherwise!

The palm sweat wasn't yet dry on Biden's Haydock Douay Rheims Masonic Bible ($4k on eBay) on January 20th when The 1776 Report disappeared from the White House website. As if it never even existed, only it did, because we all downloaded it.

They had to try, once again, to impeach President Trump to make, "He was never president" somehow "legal." Oh, they gave a lot of mealy-mouthed reasons but when you get down to brass tacks, they will not rest until Trump is erased, ceases to exist, past, present and future. That's their goal. Nothing less will do. Very 1984. Very damnatio memoriae.

President Trump must've been more successful in destroying their "beautiful wickedness" than we realize for the vitriol to be this vicious. Even "worse," from their bassackwards Screwtape perspective, he showed the nation, nay, the whole world that Good can Triumph over evil, Freedom can vanquish Oppression, Charity can destroy Greed, the mass of Little People are more Powerful than the few Elite and Satan is pathetic compared to God.

Oh no, we can't have that information getting out! In fact, let's just erase that there ever was a "President Donald J. Trump" at all.

And so on January 25th, 2021, a small group of the more vile Democrat Representatives introduced bill H. R. 484 euphemistically called the "No Glory for Hate Act" which never mentions President Trump by name, using instead the ominous term "certain former presidents" "twice impeached by the House of Representatives."

Well, shucks darn, I wonder who they have in mind!?

Basically, if passed (which I doubt!), you would never see a Trump monument, Trump highway, Trump street, Trump park nor Trump building.

This bill would also remove the usual "retirement, clerical assistants, and free mailing privileges" as well as "any benefits" usually funded by the American people for previous Presidents in gratitude for their service. But the Dems are being big about it. They will continue to pay for Secret Service protection.

Did you know their latest attempt on Trump's life was only two weeks ago after he became our President in Exile?

By the oddest coincidence, the House bill would also ban him from being buried in honor in Arlington Cemetery.

Not content to eviscerate him in life, they can't even let him rest in honor and peace in death.

Nothing less than complete and utter obliteration from ever having existed, especially as our beloved President, will do.

Oh yes, they need the Mandela Effect. Way back in 2017, CNBC planted the kernel of that concept publishing an article confusingly titled, "Physicists assure us that we’re not living in an alternate reality where Trump is president." The acorn of the idea connecting Trump with the Mandela Effect was planted four years ago and I predict we'll see the MSM attempt more and more gaslighting to convince us Trump was just a mass psychosis.

Ya hear that, Mainstream Media!?! Trump was here! In our White House and in our hearts!

Listen to yourselves. You can't stop talking about Trump. It's like a compulsion. Ya can't help yourselves. He's living rent free in your heads.

What do they say at Yad Vashem: "Never forget." We must never forget regardless of how they try to erase and cancel President Trump. He happened and is happening and will happen...and we are all the better for it.

So don't do it!!! Be loud, be proud and never, ever let them gaslight you, your children or Little Johnny coming down the pike.

Trump happened...bigly! He created the biggest splash on America and made us realize how powerful we are and how good things can be. "And the best is yet to come."

You really think schools as we know them will exist then?

We REALLY need to erase the Leftists who have infested this Republic. With extreme prejudice.

Knowing what the lyrics meant was optional.

I am so glad in the last year to hear talking heads using the term “gaslight”. As an old-movie fan I am aware of it but figured the term died out as I never heard anyone use it until this past nasty year.

Nope, Trump has become Nelson Mandela, a symbol rather than a man. His legend will grow as the Democrats misrule the nation as blood ends up on their hands. (5,000 in New York alone). Trump is becoming larger than life.

If The Party can un-person Donald Trump, they can do it to anyone. 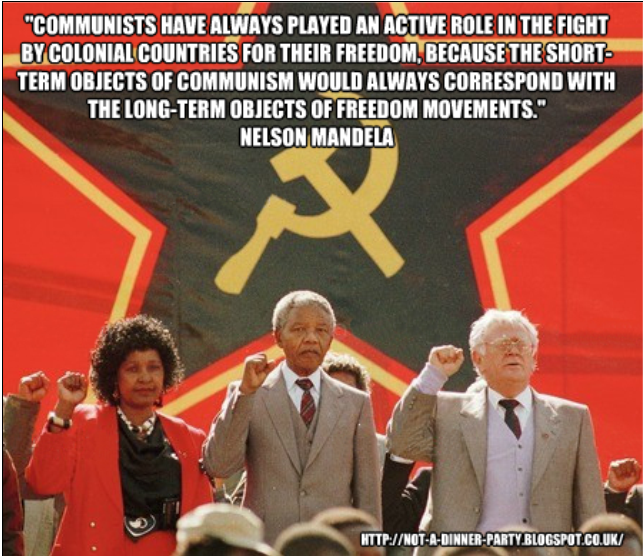