"We are not able to sufficiently corroborate the reporting," Comey wrote in a Jan. 12, 2017 email to then-Director of National Intelligence James Clapper that was declassified and made public through an open records lawsuit by the Southeastern Legal Foundation.

The memo recounts an internal debate inside the U.S. intelligence community during one of the most delicate moments in the FBI's then six-month old Crossfire Hurricane probe....

What difference...at this point...does it make?

There is no such thing as a smoking gun when there is no intent to provide justice. 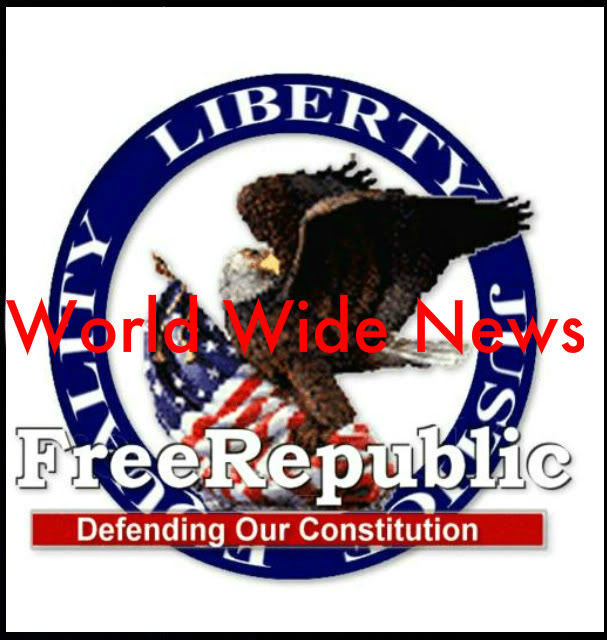 I‘ve given up Hopium.

‘
These are Ratings plots.

Everyone watched them run out the clock.

The DoJ even expedited the Book Clearances of the Conspirators in the Get Trump Op, so they got their big paydays faster.

They ran out the Clock and everyone knew they were doing it. It was Policy.

The 'Trump-Russia collusion' story was of course a hoax, a COVER, to hide what THEY (the notoriously traitorous Democrats) were doing, as the only evidence for Russia collusion involves THEM!

4) $3.5 MILLION from the wife of a former mayor of Moscow! (Elena Baturina) The former mayor of Moscow (Yuri Luzhkov) was a strong advocate for Russia invading and taking over Crimea. The $3.5 million reportedly passed hands within WEEKS of the Russia invasion of Crimea! (Feb-Mar 2014). Obama admin did nothing but provide them food rations and blankets! They had begged him for military equiptment.

5) Burisma owner [Mykola Zlochevsky] was/is a RUSSIA ALLY! Joe Biden's son worked for and brought in millions from Burisma. Joe is ON VIDEO BRAGGING about extorting the Ukrainians into firing the prosecutor who was investigating his son and the corrupt RUSSIA-ALLIED owner of the company. Zlochevsky was an official of the former 'puppet' regime that Putin had installed in Ukraine via a rigged election. The 'puppet' president of that regime's opponent in the election barely survived an assassination attempt by poisoning. His face was left badly pockmocked for some time afterward.

6) For 8 years the Obama-Biden-Clinton admin immensely HELPED the Russians, via Obama's promised and delivered "flexibility" on missile defense, the Russia-favoring New Start nuke treaty, the Putin-loving Iran deal (Iran and Syria are pawns of Russia in the oil/gas-rich Middle East), the Uranium-One deal, where Obama-Hillary allowed Russia to take ownership of 20% of our uranium production!

7) They (Obama-Biden) deliberately slashed OUR military to pieces. Fortunately, Trump has/had since brought it back times 10.

They are in the same camp with the radical left groups here in the US. 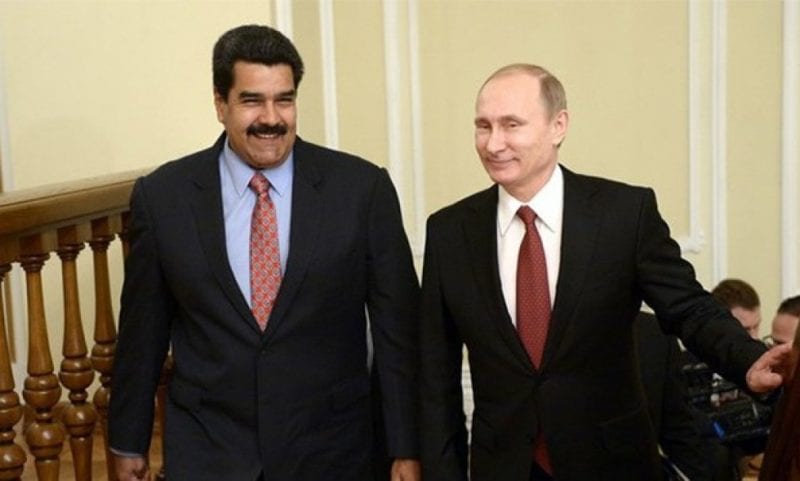 The Links Between Black Lives Matter and Nicolas Maduro Revealed

[excerpt]
"...while Black Lives Matter claim to oppose police abuse and racism around the world, the organization is simultaneously a great supporter of some of the world’s most brutal and repressive dictators. In particular, the founders of BLM have been staunch supporters and allies of the sanguinary Venezuela dictator Nicolas Maduro and of the Castro regime in Cuba.

In December 2015 Black Lives Matter sent a delegation, headed by the organization’s co-founder, Opal Tometi, to act as observers during the Venezuelan Parliamentary elections of that year. The Maduro regime did not allow accreditation for observers from the Organization of American States, the UN, or the EU. The only accredited observers where from regimes and organizations friendly to the “revolutionary cause.”

Later that same month Tometi penned an article where she espouses, word for word, the regime’s standard text for international propaganda.

“In these last 17 years, we have witnessed the Bolivarian Revolution champion participatory democracy and construct a fair, transparent election system recognized as among the best in the world ,” wrote Tometi about one of the world’s most corrupt voting systems in history.

Earlier in 2015 Maduro was given an award at the Afro-descenndants Summit” held in Harlem. Maduro was invited at the behest of the Black Lives Matter leadership. ..." 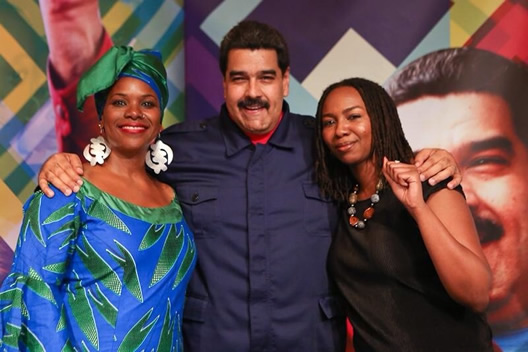 Shoygu met with defense and military leaders in Cuba, Venezuela, and Nicaragua and signed several agreements on warship visits and military training during the visit, which ran from Feb 11 to 14.

It is not clear whether any new arms deals were completed during the visit.

Defense officials said the Russian leader is seeking bases in the region for strategic bomber flights that Shoygu recently promised would include flights over the Gulf of Mexico and Caribbean. ..." 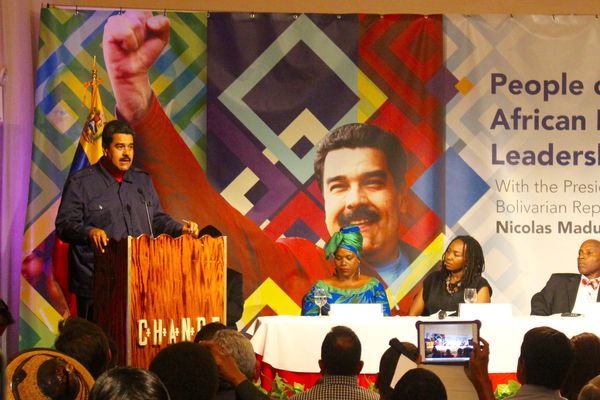 Russia to boost Venezuela ties amid US pressure

Russia has pledged to boost military and economic co-operation with Venezuela to help the South American nation deal with growing US pressure.

The US accuses Mr Maduro of leading a corrupt and brutal regime. ...”

“Russia is a key ally of Venezuela, lending it billions of dollars and backing its oil industry and military.”

I am sure that Huber and Durham will get right on that. Oh Wait Huber just left because Biden asked him to. And Durham has never gotten right on anything.

"...the Clinton campaign, and ultimately the Obama administration, colluded with Russians for the purpose of accusing Donald Trump of . . . yes . . . colluding with Russians."

In an effort to depict Donald Trump as if he were in an espionage conspiracy with the Kremlin, the Obama administration used bogus information, from a man the FBI suspected was an actual Russian spy.

It turns out that Igor Danchenko, the man the FBI suspected of being an actual Russian spy, initially provided the bogus information about the American, Carter Page, through a former British spy, Christopher Steele.

Through a couple of cut-outs, Steele had been retained by the Clinton campaign to dig up -- or, alas, to make up -- Russian dirt on Trump. Through his private intelligence business in London, Steele was known to be working for Russian oligarchs, while Danchenko was on Steele's payroll.

That is, the Clinton campaign, and ultimately the Obama administration, colluded with Russians for the purpose of accusing Donald Trump of . . . yes . . . colluding with Russians."

Director of National Intelligence John Ratcliffe on Tuesday revealed a bombshell allegation that Hillary Clinton ordered "a campaign plan to stir up a scandal" by linking President Trump to Russia in 2016 -- and that then-President Barack Obama knew about her possible role.

Ratcliffe disclosed the information in a letter published by Sen. Lindsey Graham (R-SC) just hours before Trump debates Democratic presidential candidate Joe Biden, who was vice president at the time.

Clinton's alleged July 2016 plot would tar Trump by "tying him to [Russian President Vladimir] Putin and the Russians' hacking of the Democratic National Committee," Ratcliffe wrote Graham, the chairman of the Senate Judiciary Committee.

Acting Director of National Intelligence Richard Grenell is working to declassify documents relating to the investigations of Russian interference in the 2016 presidential election and, according to Fox News' Ed Henry, some of those declassified documents will actually show a Russian effort to benefit Hillary Clinton during the election, not Donald Trump.

Henry told Fox News host Tucker Carlson on Tuesday's "Tucker Carlson Tonight" that four or five new batches of intelligence are being declassified, one of which contains an assessment that Brennan sought to suppress, showing that Russia wanted Clinton to win. ...”

"Remember the U.S. intel community came out with that remarkable statement, an assessment that Russia meddled in the 2016 election, and most importantly the intel report claimed that Russia interfered because they wanted Donald Trump to win," Henry said. That of course followed the narrative of the now-discredited Steele Dossier.

Well, it turns out Obama’s CIA chief, John Brennan also had intel saying "actually Russia wanted Hillary Clinton to win because she was a known quantity, she had been secretary of state, and Vladimir Putin’s team thought she was more malleable..."

Nunes: "Well, he [Mueller] should have been gone after day two.

He has no Russians, except for the Fusion and Clinton Russians, and possibly the dirty cop, the FBI's Russians, those are the only Russians that he has, to show “connections” to the Trump campaign.

“ He [Igor Danchenko, working for Christopher Steele] calls up a bunch of people in Russia.

Who do you think this information came from? 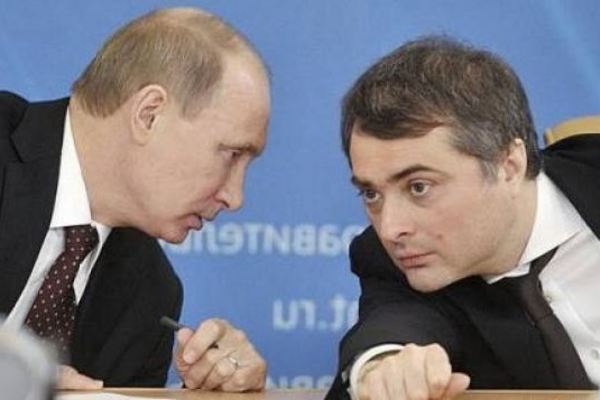 In that interview, he [Steele] identified two of his insider Kremlin sources as Vladislav Surkov and Vyasheslov Trubnikov.”

Surkov has spent over a decade moving up in the regime. In 2013, he became Putin's personal adviser, particularly on Georgia and Ukraine, where Putin has since made major territorial annexations.

Trubnikov is a longtime regime eminence who ran the SVR (Russia external intelligence service, analogous to the CIA) before Putin came to power. Since then, he has continued to be an insider, while moving on to critical positions...” 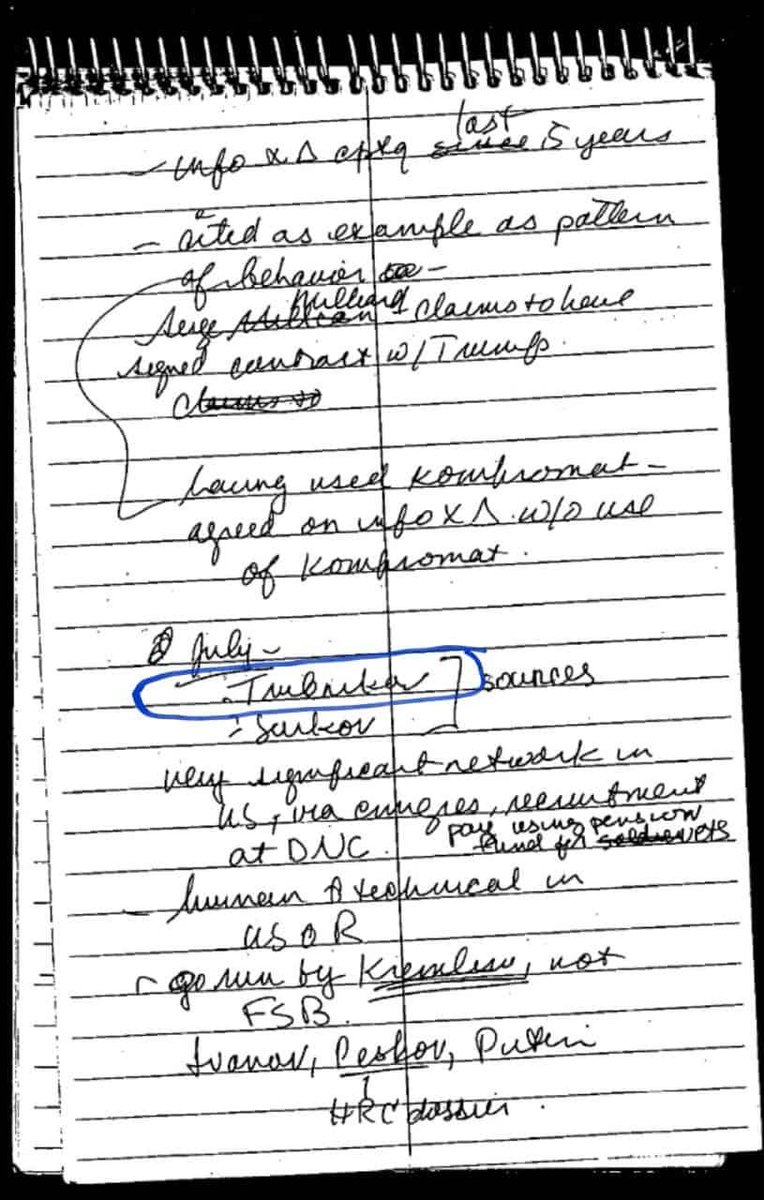 "Foreign politicians talk about Russia's interference in elections and referendums around the world. In fact, the matter is even more serious: Russia interferes in your brains, we change your conscience, and there is nothing you can do about it."

"She [HILLARY CLINTON] launched the [Russia] 'reset' policy after the murders of Alexander Litvinenko, a former Russian intelligence agent who had been granted asylum in Britain, and Anna Politkovskaya, Russia's leading investigative journalist.

In both cases, the regime of Vladimir Putin was directly implicated. [both were poisoned]

Instead of trying seriously to deter Russian aggression, which in Ukraine so far has claimed more than 10,000 lives, the Obama administration in 2009 created the McFaul-Surkov commission.

Me too, the withdraws are a bitch.