Good old Glenn, one of the few standing classic liberals, pointing out the dangers of the New Left:

For years, I heard it's invalid to object to political censorship by FB & Twitter because, if you don't like it, you can just create a competing social media platform.

Parler tried. And in 24 hours, Google, Apple & Amazon united to destroy it.

And giving everyone on both sides reason to at least give pause to think about what they’re up to:

The new corporate authoritarian liberal-left monoculture is going to be absolutely ruthless -- and in 12 days it is merging with the state. This only the beginning — Michael Tracey (@mtracey) January 9, 2021

Which left people everywhere scratching their heads and musing:  “Let me see, what do you call it again? You know when corporate and state authoritarianism merge in order to form a more perfect union? Wasn’t there  an Italian guy that had a name for it: And every. single. Democrat. is OK with this because…they’re “private companies.”

Except of course in Democrat/Social Justice World the Christian bakery would have to bake the cake if they had their way, which they seem determined to do. Not to mention that you’ll never find “bakeries” listed under monopolistic business with significant barriers to entry.

First they came for your Twitter and Facebook accounts and they said: “It’s not censorship, you can create your own app.” 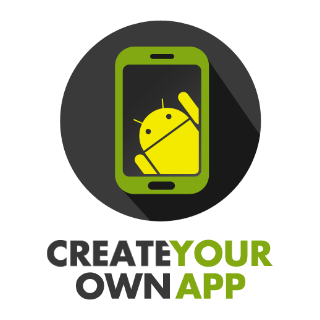 Then they came for your Google and Apple apps and they said: “It’s not censorship, create your own website.”

And then they came for your Amazon web hosting: “It’s not censorship, create your own...”

Create your own what? Internet? Country?

And remember kids: it’s not censorship…when the Democrats do it.

And since the last country I lived in had no borders, the "barriers to entry" in creating my new country are already very low.

Despotism (Encyclopedia Britannica film, circa 1946)
https://www.youtube.com/watch?v=TaWSqboZr1w
“A community is low on a ‘Respect’ scale if common courtesy is withheld from large groups of people on account of their political attitudes.” In the 1930 (if I remember correctly) pretty much the same but they add the line “especially by the right.”

Greenwald is exactly right. This is not about government censorship - it's about a handful of corporations which have monopolized digital communication and are using their monopoly power to impose their own standards on everyone else. They effectively control how all of us communicate. They must be broken up.

They’re private companies...receiving the tax and legal breaks of a public utility. That was the whole point of the Sec. 230 issue.

I kept my old shortwave radio and I hope conservative voices will be broadcast from beyond the Big Tech curtain.

Your Fascism meme has been stolen.*