A Camera Outside A Building Recorded The Moment Of The Explosion In Downtown Nashville – The Vehicle With The Bomb Is Announcing To “Evacuate Now”(Video)
Right Journalism ^ | 12.25.2020 | Natalie Dagenhardt

The police came across a suspicious RV parked outside a nearby AT&T building near Second Avenue and Commerce Street before 6 a.m., when initially responding to calls of shots fired in the area, said Metro police spokesperson Don Aaron.

There was no immediate evidence of any shooting but officers alerted the department’s bomb squad, which was en route when a “significant explosion” happened about 30 minutes later, Aaron said.

Just before the blast, officers were conducting door-to-door checks in the area and redirected a man walking his dog along the street. The force of the explosion knocked an officer to the ground. Three people were hospitalized with injuries, police said.

Aaron said it was unclear if anyone was inside the RV when it exploded.

Another video that was sent to us a few moments ago shows the exact moment of the explosion.

What is striking was the vehicle with the bomb is warning through horns that the area had to be evacuated.

(video uploaded on the site)

Betsy Williams, the owner of the Melting Pot building across the street, told The Tennessean that guests reported the RV was stationed there since Thursday night.

Williams, who lives in a loft apartment on the third floor, said she heard the sound of loud, rapid-fire gunshots at about 4:30 a.m.

After multiple rounds of gunshot sounds, Williams said she called 911.

Then, she said, she heard a repeated warning she said came from the RV parked outside her building.

“Evacuate now. There is a bomb. A bomb is in this vehicle and will explode,” she remembers the recorded warning saying.

Then, she said, the voice started a 15-minute countdown.

Buildings shook in the immediate area and beyond after a loud boom was heard.

Footage from the scene on 2nd Ave North shows the damage that has been done:

President Donald Trump has been briefed, according to White House spokesperson Judd Deere, who said that Trump, who is spending the holidays in Florida, will continue to receive regular updates. The U.S. Justice Department said Acting Attorney General Jeff Rosen was also briefed and directed all department resources be made available to help with the investigation.

Tennessee Gov. Bill Lee said on Twitter that the state would provide the resources necessary “to determine what happened and who was responsible. Please join @MariaLeeTN and me in praying for those who were injured and we thank all of our first responders who acted so quickly this morning.”

I wonder if there is a connection?

This story’s gettin’ weirder and weirder.

Gotta remember though the media doesn’t really care how accurate the story is they just wanna get something out there. In a week or two this whole story is liable to completely change.

That doesn't fit the normal Islamic terrorist m.o.. Doesn't rule them out.

It still looks like they were targeting the IT equipment in the AT&T building. Who has motive to do that?

“The FBI is leading the investigation.”

God help us...the cubicle gumsboes are on the case.

An announcement came from the RV.

That blows the theory that this was meant for 630pm.

Also, the perp was looking to minimize human casualties.

The FBI got caught flatfooted, they were clueless about this.

Not unlike the Shoe Bomber who intended to strike on Christmas Day.

Should not be too had to track these terrorists down and bring them to Gitmo Justice or the Federal Executive Chamber in Terre Haute.

Yes, that sounds right. The police were supposedly on the scene for a little while before it blew up. It makes sense that they would broadcast. Makes no sense if the bomber did it UNLESS they were sending a message that they could do this any time they wanted.

To be fair, I’ve never heard of the Muslims giving warning before their terror attacks so it’s unlikely to be Muslims behind this. 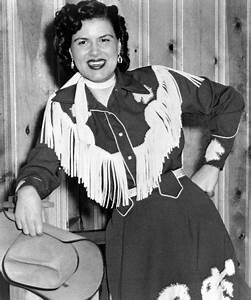 Which arm of the DemocRAT National Committee is responsible for this? BLM? Antifa? Taliban? Al Qaeda? CNN?

What terrorist group is all of these?

Don’t worry. The media will be blaming Trump and his supporters as soon as they all agree on the angle.

“The FBI is leading the investigation.”

God help us...the cubicle gumsboes are on the case.

Probably of their own doing along with the CIA

It still looks like they were targeting the IT equipment in the AT&T building. Who has motive to do that?

ATT owns CNN. I can’t imagine they would have any enemies?