When California public health officials announced guidelines for reopening theme parks that essentially guarantee that parks in Los Angeles, Orange, and San Diego counties won’t be able to open until perhaps mid-2021, heads of the respective theme parks rightfully blasted Gavin Newsom, citing their successes in reopening in other states and countries and alleging that his guidelines have no scientific basis.

The next day, the Executive Director of the California Attractions and Parks Association, of which Disney is a member, said “that a lawsuit was under consideration and ‘all options are open at this point.'”

By Thursday, sources within the industry and within Disney, speaking on condition of anonymity, stated that one option Disney was looking into was was moving as many jobs as possible out of California. Obviously the company can’t pick Disneyland up and move, but the company has a massive footprint in California, both in Los Angeles and Orange counties. WDW Pro alluded to that potential in a Thursday evening blog post.

Before getting to WDW Pro’s listing of actions Disney could take, a pause to appreciate their intro to the story. It’s a work of art – partly because it’s an uncomfortable truth – so I’m citing all of it:

Imagine for a moment that you’re Disney. In January of 2020, everything was going exceedingly well. The company had never been bigger, stronger, or more prosperous. Bob Iger was still the CEO, selling a book about how great he had been, and declaring that Shanghai Disney was the most important piece of real estate since the company purchased Walt Disney World in Florida. Literally everything about the company except for Lucasfilm and ESPN were red hot incredible.

Then the pandemic hits, a virus that escaped communist China. Suddenly the film industry is annihilated. Theme parks all over the world are shut down. Disney’s revenue stream is completely dry except for Disney+, which cost such a fortune to start that it will take years before it recoups its investment. America and China enter into a soft cold war, risking your multi-billion dollar investment in Asian theme parks should you say one wrong thing. One wrong word and the Chinese government can take away billions of assets in a second.

Iger was tasked with getting the NBA to Walt Disney World in order to keep WDW profitable. The deal was made, but the NBA’s public approval tanked due to their own connections with the Chinese Communist Party and divisive social justice causes. Disney needed to get films out, but one of the only films they could move to either theaters or streaming was a movie literally created within miles of concentration camps. Meanwhile, the company clamped down on attendance at WDW far longer than was economically wise, just so California would be more likely to open up Disneyland. That didn’t happen. So, things have not been going swimmingly.

Yep, that pretty much sets the stage for where Disney was as the execs awaited Newsom’s theme park reopening guidelines. So, what next?

First, Disney could legitimately begin moving large parts of their operations out of state. They can’t move Disneyland proper, but they can move parts of their studios to states such as Colorado, Georgia, Florida, Tennessee, and other locales. Second, Disney has ABC News and they know how to wield its power for political purposes. There’s nothing stopping them from moving towards negative coverage of California and the governor in order to move public opinion. Additionally, and although extremely unlikely, Disney could actually move their headquarters to Florida or New York. Behind the table, Disney can start funneling their political influence to opponents of Newsom, and they almost certainly have channels to let him know that’s their intent.

That second option ended up being prophetic, as the local ABC affiliate posted a story the next day listing the economic damage already done to the local economy and staggering potential job losses attributable to the ongoing shutdown:

According to the Orange County Register, the Southland’s economy has already lost $3 billion dollars.

Another $2 billion dollars could be lost if Disneyland remains shut down through next March.The economists based their estimates on numbers from last year.

The economists also believe there will be a total loss of 46,000 jobs. Orange County could potentially take the biggest hit, with 33,000 of those jobs lost.

Still, Gavin Newsom stuck to his guns during Tuesday’s press conference, saying he’d continue to “follow the science” and shaming those who want the parks to reopening, characterizing them as putting more importance on their childrens’ entertainment than keeping people safe and alive. What a crock.

I hope as many companies as possible leave my beautiful state of California. Liberals need the clear cut consequences of their Marxist/Fascist policies.

DO IT!!!!! Better yet, let ABC trumpet the recall effort.

The companies leave, taking their low paying jobs with them, and the low wage leftist people with them....to plant the seeds of destruction elsewhere.

Need to pull a Disney on them. Say you must be at least THIS conservative to move here.

Schadenfreude. Disney can buy a rainbow bandaid for its woke-induced wounds. 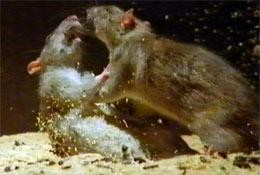 Support Crazy and you get Crazy

Cry me a river. I’m dead certain Disney has been backing Democrats for decades. Screw them both.

RE: I’m kinda hoping they move to thriving blue state like New York.

You forgot the sarcasm tag.

Disney could go bankrupt....the only thing they have making a few dollars is streaming....Disney World in Orlando is open but are they making any money?.....I think most people are Pass holders and Disney Time share owners..

My parents built a swimming pool in the back yard. We could see Disneyland fire works from the top of the slide.

Those were good days...I will never forget them....

Gavin is bankrupting California so China can come in ad buy up everything on the cheap.

Strange to see the words DISNEY and ‘conservative’ in the same sentence without the words ‘is not’ between them.

I dunno. In any other state, Disneyland would really stick out.

Disney can always move to China to be closer to their masters.

They should just Announce that they are Dismantling Disneyland and rebuilding it in Texas, watch what happens

Where did you move to? Was it a good move?