After biblical locust plagues Ethiopia, Somalia and Kenya face devastating drought as the next rainy season in East Africa is forecast to fail, jeopardizing food security for millions of people
SS ^ | 10/20/20 | SS

Every five or so years, it rips me apart to watch the same tragedy: a La Niña weather cycle brings devastating drought and hunger to East Africa, threatening the lives and livelihoods of millions of people in Ethiopia, Somalia and Kenya.

Using climate models and Earth observations, we can now predict these droughts. And once again, dry conditions are predicted from this month until December, with a very good chance of another poor rainy season in March to May 2021.

In the United States, I was part of a group of climate scientists and humanitarian agencies that raised the alarm, through the Famine Early Warning Systems Network.

But past experience makes us worry that some governments might not react quickly enough to prevent impacts such as food shortages and even famine.

The timing could not be worse. The region is more precarious than ever — destabilized by COVID-19 and the worst devastation from locusts in half a century.

This year’s response must be different. Governments and agencies have weeks to plan how to alleviate the worst consequences of the drought, and months to prepare for 2021.

How firm is the drought prediction? Very. Almost all forecast models and climate agencies anticipate lower-than-normal rainfall between October and December. My group puts the chance at about 80%. Poor rains in March to May 2021 also seem likely. Of course, there’s uncertainty. But that shouldn’t prevent action. Forewarned is forearmed.

Responders can be proactive in setting aside resources, developing contingency plans and pre-positioning assistance where weather models and satellite observations suggest it will be needed most.

Recent harvests have been good, so it might be possible to lay up stores of grain that will be crucial to avoiding food-price spikes of the kind seen in 2010–11, which led to famine in Somalia and social unrest that triggered the Arab Spring.

Combating poverty is going to be especially important this year, given that COVID-19 has slashed people’s incomes. According to the World Development Indicators, the poorest 20% of Ethiopians subsist on around US$250 a year, which is less than one-hundredth of the median income per person in the United States.

Many are itinerant pastoralists who roam as they raise herds in dry eastern portions of Ethiopia, Kenya and Somalia. In good years, these animals eat sparse vegetation in dry areas. These herds represent a way out of poverty. But they can be wiped out by a series of droughts. Cattle die and life-sustaining milk supplies dry up just as food prices spike.

I’ve seen this unfold twice in the past ten years, despite early warning and drought forecasts (see C. Funk Nature 476, 7; 2011). In 2010–11, around 260,000 Somalians were killed through starvation when two consecutive rainy seasons failed. One in ten children under five died in the south of the country.

In 2016–17, back-to-back droughts, predicted by climatologists, struck again. Poor harvests led to lost revenues and a sixfold spike in the number of food-insecure people. Across Somalia, Ethiopia and Kenya, more than 12 million people were in desperate need of humanitarian assistance.

Concern led me to start blogging forecasts to get the word out. I still recall one report shared by sustainability consultant James Firebrace about livestock deaths in Somalia on 3 December 2016.

He e-mailed from the field: “I’d estimate a rough average of 70% losses across all the interviews I’ve made, while many have already lost everything. Surviving animals now too weak to move long distances without water, and few now have the funds to pay for them to be trucked (and for the moment nowhere to go anyway).”

Conditions on the ground can deteriorate quickly. Today’s climate-model forecasts look a lot like they did in mid-2016 — La Niña conditions are associated with cool sea surface temperatures in the eastern Pacific. But around Indonesia, the seas are very warm. That combination is drying East Africa.

If governments don’t take note, however, all the data collection and modelling is for nothing. Few nations in eastern and southern Africa use drought predictions adequately. For example, when El Niño-related drought was forecast in September 2015, it was ten months before an emergency was declared.

First, monitoring and announcing the arrival of dry spells is not enough, and hindsight allows us to respond, but not prepare. Observations and forecasts need to go hand in hand.

Second, how researchers communicate is incredibly important. Earth scientists have to repeat, escalate and refine messages from, for example, ‘we think it might be bad’ to ‘it’s really bad at this location’.

But tremendous progress is being made, for instance, by East African groups such as ICPAC (a climate centre accredited by the World Meteorological Organization), the Regional Centre for Mapping of Resources for Development, and the Kenyan and Ethiopian meteorological agencies.

In a region pummelled by extreme weather, they and others are providing actionable information that can save lives and livelihoods. But only if people pay attention. 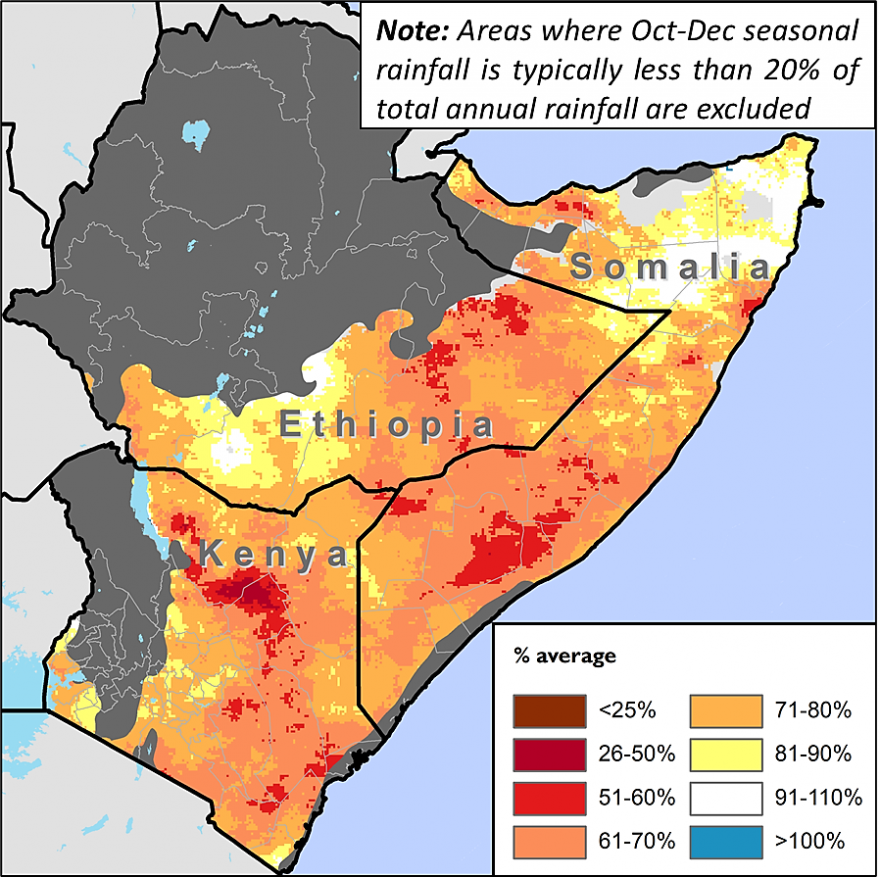 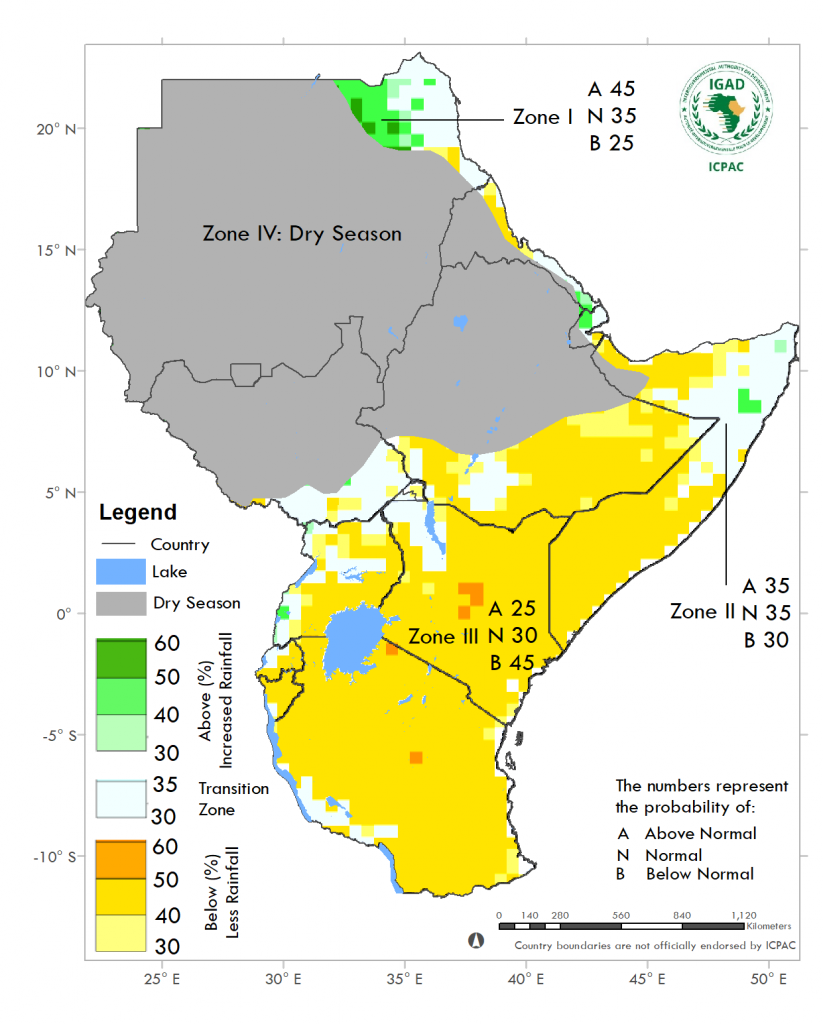 The MSM certainly isn’t reporting this.

PM me if you wish to be added to the End Times Ping List.

Did not the Nobel Peace Prize go to the UN Foodbank instead of Pres. Trump? Thought they ended hunger? n/s

Everyone knows Tunisia, Libya and Morocco is the place to be.

Reminds me of my youth. “Eat your dinner! There are starving people in China and Africa!”

In the olden days of a few decades ago Rhodesia would have fed all Africa!

I don't see where I've authored any threads trying to convince anyone of anything.

If you didn't want comments....

If they could predict tomorrows weather accurately I might believe them about a whole season.

The La Nina phenomenon is well documented and on schedule per predictions. It has reliable effects on regional weather. It’s fine to be skeptical but that’s a Far cry from being ignorant.

Yup, all the predictions for my region (including Joe Bastardi) called for a brutally cold and snowy winter. Spoiler: didn’t happen. I know all about El Nino and La Nina living most of my life dependent on the weather.

You may hate blogs, but they’re starting to be more legit than the MSM.

I realize that’s no sale with you however.