Imagine if we could put every area of America on an even playing field when it comes to high-speed internet. https://t.co/JqdSWsJDgY— Jeb Bush (@JebBush) October 2, 2020

Today’s internet is as critical—if not more so—to our nation’s economy and security as roads and highways were in Eisenhower’s time. https://t.co/Md4sjHXowB— Slate (@Slate) October 2, 2020 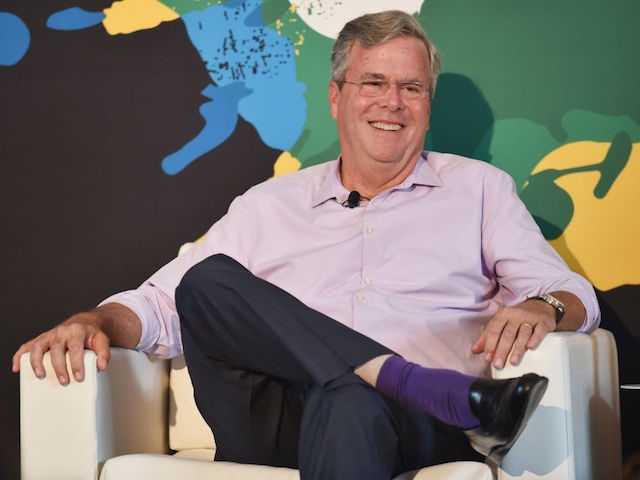 Yeah, that is just what America needs. And anyway, he might want to touch base with Elon Musk. Ask him what those satellites he’s been seeing the last year or so are going to do.

56k modems for everyone - for equality!

Just snap your fingers, and make it happen, Jeb.

Or, Jeb could sit on his no-talent rich ass and keep his mouth shut.

Elon Musk is already on top of it.

This is important....about 10 years ago.
The gating item now is homes are all wifi and everyone is banging on a limited number of WiFi channels.
You want to see a significant speed up, wire your home for CAT6 Ethernet and add a REAL router-firewall

Sure Jeb. Send me a a nice big check, and I’ll get it installed here.

What’s that? You aren’t paying for it??? You want us to pay for it for everyone else???

Go back to selling your guacamole bowls.

In before “Please clap.”

Ok. Who’s hired Jebthro’s lobbying company now? Note to Jeb and the rest of the Bushes: your old man fought a war, built a company. Shut the f*ck up until you’ve done likewise.

Meantime, Vagasil is on sale at Wal-Mart. That should make it easier for you.

Today’s internet is as critical—if not more so—to our nation’s economy and security as roads and highways were in Eisenhower’s time. …

Sure, if “critical” means conducive to expanding the power of the federal government, and/or allowing foreign powers more leverage over same.

(Aside: It was the railroads that helped us win WWII, those being privately-owned railroads; Germany’s Autobahn system made it easier for the Allies to get deep into Germany and our interstate highways may be vulnerable to the same weakness, as much as expanding the intarwebs makes us more vulnerable to espionage, infrastructure hacks and even military cyberattacks.)

This buffoon have any idea how much it costs to provide Internet to very isolated communities - like Clark’s Point, Cold BAy or Buckland AK......

Once the skylink gets going, that has a chance of happening - and nothing the FEdGov did.

I love that “Tippie Toes” GIF and Trump’s bemused smile.

Looks like Jeb ran out of crayons in the playroom.

UNDER: INNOVATE FOR THE FUTURE below

END OUR RELIANCE ON CHINA

· Tax Credits for Companies that Bring Back Jobs from China

· No Federal Contracts for Companies who Outsource to China

· Put Patients and Doctors Back in Charge of our Healthcare System

· Protect Our Veterans and Provide World-Class Healthcare and Services

· Provide School Choice to Every Child in America

· End Sanctuary Cities to Restore our Neighborhoods and Protect our Families

· Require New Immigrants to Be Able to Support Themselves Financially

INNOVATE FOR THE FUTURE

· Partner with Other Nations to Clean Up our Planet’s Oceans

· Wipe Out Global Terrorists Who Threaten to Harm Americans