Government sponsorship of violence against opponents or complacency in the face of incitement to violence is a powerful tool of political repression. Regimes such as Cuba, Venezuela, Iran, Nicaragua, China, and other tyrannies have used such tactics to great effect. When mobs attack anti-government demonstrators, for example, the police either disappear or stand by watching. In American cities run by Democrats and on the U.S. college and university campuses, the authorities increasingly have been standing by as radicals do the dirty work of beating up or silencing conservatives.

In societies riven by mutual hate, the people who control the police and public communications make all the difference. When they maintain impartiality, as did Germany’s Weimar government while the Nazis and Communists struggled for primacy, partisan warfare tends to be resolved politically—though the results are harsh. When societal hatred or the partiality of authorities results in deaths, long-smoldering cold civil war can blaze into holocaust.

We Americans are now facing the danger of a civil war thus ignited. We do not think of civil war this way because our Civil War from 1861 to 1865 was less a conflict within society than it was a highly organized war between states. That war notwithstanding, personal friendships and mutual esteem persisted on both sides, such as that between Ulysses S. Grant and prominent Confederate General James Longstreet.

Angelo M. Codevilla (born May 25, 1943) is an Italian-US professor emeritus of international relations at what is now the Pardee School of Global Studies at Boston University. He served as a U.S. Navy officer, a foreign service officer, and professional staff member of the Select Committee on Intelligence of the United States Senate.[3] Codevilla's books and articles range from French and Italian politics to the thoughts of Machiavelli and Montesquieu to arms control, war, the technology of ballistic missile defenses, and a broad range of international topics.

That war notwithstanding, personal friendships and mutual esteem persisted on both sides...

YEAH You could tell by the treatment in the prison camps :)

How the #### can the author say that with a straight face? 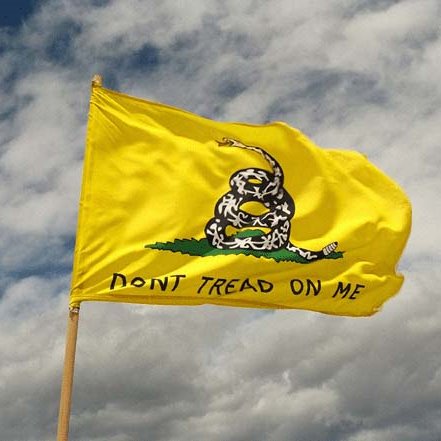 Our Civil War really was remarkably civil compared to most.
The next one won’t be.

4 posted on 08/07/2019 9:51:35 AM PDT by Lurkinanloomin (Natural Born Citizen Means Born Here Of Citizen Parents_Know Islam, No Peace-No Islam, Know Peace)
[ Post Reply | Private Reply | To 1 | View Replies]
To: dp0622
I love how the past is always glossed over when it suits a lousy writer’s needs

I do not think you have read a great deal about the Civil War. The author is absolutely correct that friendships continued during the war. Officers on both sides were often saddened to hear of the death of a former comrade who was on the other side.

Well, he cites the relationship of two generals. It's always the generals who have the luxury to maintain such feelings, and it's the grunts who get put into wretched camps by their enemy and end the war with deep hatreds.

This song was widely known in the South:

O I'm a good old rebel,
Now that's just what I am.
For this "fair land of freedom"
I do not care at all.
I'm glad I fit against it,
I only wish we'd won,
And I don't want no pardon
For anything I done.

I hates the Constitution,
This great republic too,
I hates the Freedmans' Buro,
In uniforms of blue.
I hates the nasty eagle,
With all his braggs and fuss,
The lyin' thievin' Yankees,
I hates 'em wuss and wuss.

I hates the Yankees nation
And everything they do,
I hates the Declaration,
Of Independence, too.
I hates the glorious Union-
'Tis dripping with our blood-
I hates their striped banner,
I fit it all I could

I followed old mas' Robert
For four year near about,
Got wounded in three places
And starved at Pint Lookout
I cotch the roomatism
A campin' in the snow,
But I killed a chance o'Yankees
I'd like to kill some mo'.

I can't take up my musket
And fight 'em now no more,
But I ain't going to love 'em,
Now that is sarten sure,
And I don't want no pardon
For what I was and am.
I won't be reconstructed,
And I don't care a dam.

A CWII today is NOT North and South put Middle vs East and West coasts. It needs to happen I am sure it will happen. Time to reset our country back to “factory” spec.

CWII will be Yugoslavia. Breakup in at least 4 regions and likely more.

Because in the War Between the States of 1861-1865, it was a pretty common occurrence. Most of these general officers knew each other and were friends back in their West Point days and in their formative years as young officers.

It was a more genteel time on a personal level between opposing commanders. In the trenches and fields in the heat of battle, not so much.

The Left so wants to ignite more violence. They have labeled Trump supporters as White racists whenever they oppose the Marxists who are trying to take over the country and they are betting that more violence will bring on the dictatorship of the Left in 2020.

And we're the violent ones????

Who, on the world stage, would benefit from a civil war in the US?

I’m beginning to wonder if our open borders (since bush 1) was for this very reason. Bush 1 was awfully friendly with china...and every pres since until Trump...open borders has turned us into a nascent yugoslavia. We will either require a dictator with police state (like Tito) to maintain order, or we will break up...

You have some valid points. There will be no or few fixed fights where one side shoots at the other. It will be mostly short lived ambushes. It will be no quarter asked or given by either side. It will be ugly and bloody. That is probably the knowns. The unknowns will probably be worse.

I am of the opinion that the US is very far down the road of Civil War II. However, most people do not yet know it. Some are waking up to that fact, a few have been preparing for it.

To help yourself prepare, start with some simple things.

1 - get healthy - take care of those “little” surgeries that you have been putting off. Stop with the sugar and start exercising.

2 - weapons - more than just guns. It is different types of guns, improvised weapons, manufacturing of destructive devices, ammo reloading, weapons repair. You will need skills in this area as well.

4 - Water - learn how to purify and store water. You will need water before you will need food

5 - food - you dont have to get the latest MRE / camp food. Some extra cans each time you go shopping is a start. Consider investing in a vacuum sealer.

6 - defense - a bug out site is nice but lets face it, you will likely want to stay in your house. Unfortunately most home walls are not bullet resistant. Sand bags are heavy but can make a good first floor defense. You can buy 1,000 sandbags from www.sandbagstore.com for $260 ish. Protected from sunlight, these bags will last a really long time in storage.

7 - growing food - learn to garden and have the tools/knowledge on stand by. A small hobby garden now is good practice.

Survival is the art of not dying today.

“It all starts with getting people accustomed to hating each other. And that starts at the top.”

That’s exactly what the deep state is doing. They have created the so called left right paradigm so that the people will fight among each other and the government elites can come in and take more and more control.

Most people want liberty. if they finally realized that we would have a revolution against the federal government. Unfortunately too many people are too dependent on government (welfare and corporate) or they have been hopelessly brainwashed by government propaganda.

CWII would be a horrible, sickening, thing to experience. It would drag on for many years with tens of millions of deaths. Basically, it will be cities against rural, but even that understates things. As cities will first purge conservatives and rural with first purge commies.

From there, food, water, electricity, fuel, medicine, everything will be in short supply to simply unavailable. It will continue until one side is reduced, completely exhausted, and cannot take anymore punishment, not before. And, good luck if we think other countries will not stick their hands into it and make it even worse.

I’m of the opinion any second civil war will result in World War 3.
How many countries behave because we might slap them around?