Future historians will look back on the early 21st century and tag the development of the Twitter platform as the final nail in the coffin of civilized speech. It turns out that enabling people to empty their mind at the same speed with which they can empty their digestive tract produces essentially the same product.

Submitted as evidence, tweets from Randa Jarrar, Trigglypuff Palestinian/American Professor - currently employed by the English department at Fresno State - commenting on the death of Barbara Bush: 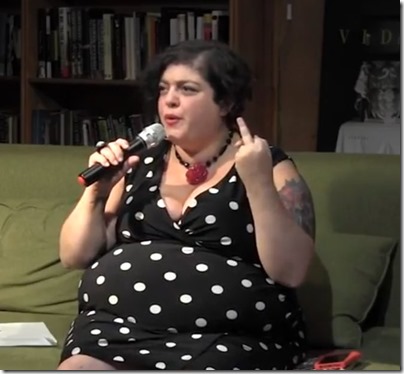 Oh whoops, apparently Triggly took her twitter account down overnight. But as you know, nothing really disappears from the Internet.  Here’s part of what she had to say yesterday:

She had a LOT more to say, including why she felt free to exercise her First Amendment Right without worrying about consequences.  – this may be the one that explains why all of her tweets are gone today. 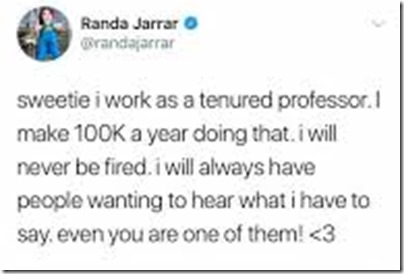 There is truly no end to the hate from the left. And as long as I’m talking about the left and tweets, here’s a tweet concerned with the way President Trump is pursuing North Korea denuclearization; apparently they’re concerned now because he’s not doing it right:

I swear, the Liberal Media are going to turn themselves into butter one of these days. 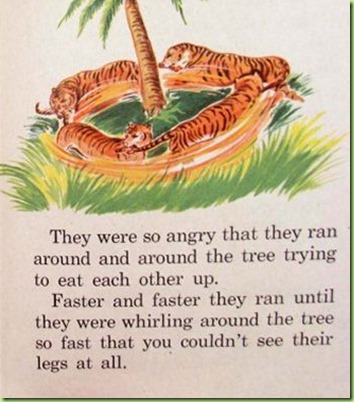 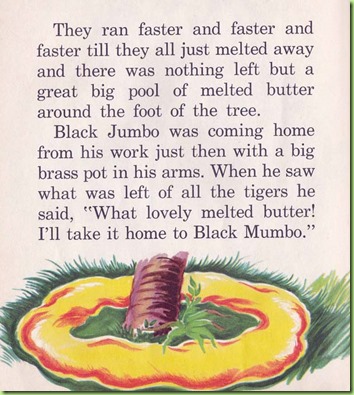 And I’m pretty sure that Black Mumbo will really, really enjoy all that butter churned from the anger of tigers chasing their tails. 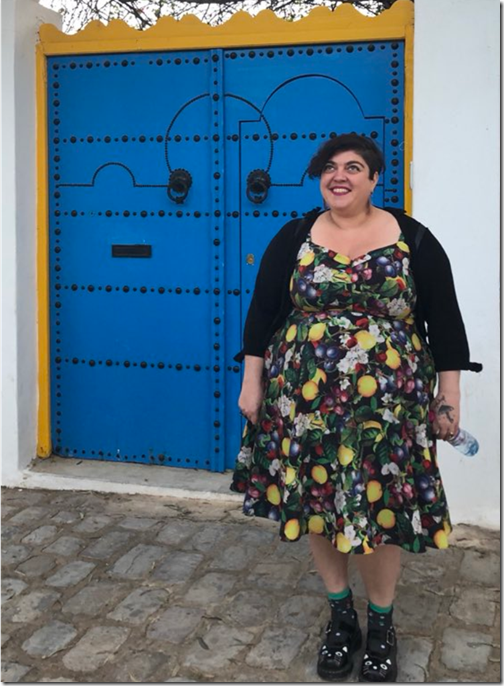 Professor Triggly Jarrar: Can we boycott her?

And just in case - in a triumph of justice Trumping™ tenure - Triggly loses her job, I think I know where she can get a new gig:

I see why they invented burquas

What a disgusting slob this closet muslim is, or was.

Ewww. That woman is so hideously gross that a paper bag over her head won’t do the trick. Maybe a six foot paper bag. Double sized.

And how ironic that it works as an English professor, yet can’t seem to capitalize an “I” at the beginning of her sentences.

She may never be fired, but we can always hope for a stroke or heart attack to strike her fat, filthy ass.

She’s just mad because she knows DJT wouldn’t grab her pu$$y even with Bill Clinton’s hand...

Headline is a keeper.

What a slovenly vile wretch of a human.

I see why they invented circus tents.

Jabba the Hutt is a professor?

That one is the true definition of Coyote Ugly.

That's true, but your mouth will have the effect of rendering degrees from your institution utterly worthless to potential employers. Outside of government, anyway...