What’s a girl to wear? It used to be that a little black dress properly accessorized was acceptable anytime. Ditto winter white; you couldn’t go wrong. Now even our colors have been politicized and in the case of black and white, polarized.

When Democratic icon’s don their white robes it’s considered a noble show of support for women: 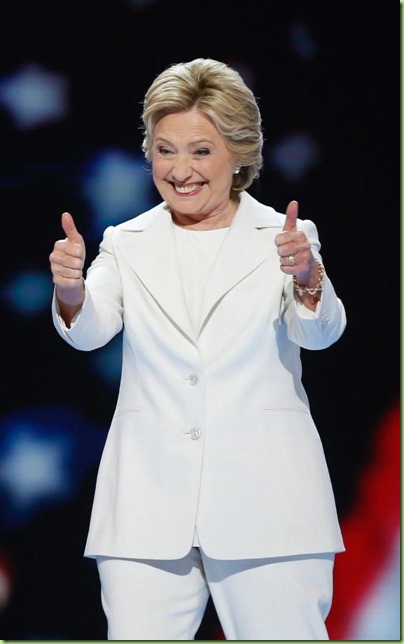 Hillary Clinton’s choice of white is especially notable and likely not coincidental; it was one of the colors worn by the suffragettes in the early 20th century, standing for purity, in an effort to protect them their opponent’s claims of immorality. – Vanity Fair

Valerie Steele, director of the Museum at FIT (Fashion Institute of Technology) in New York City, said that Clinton using white to reference the suffragette movement was “very important”.

“This was a way of using clothing to speak through a visual message. Because it’s not something a lot of people know [that suffragettes wore white], but once people are aware of that, it does reinforce the historical importance of Hillary hopefully becoming the first women president,” said Steele. The Guardian

But when the FLOTUS wore white to the SOTU, standing in stark contrast to the scowling Nags in black representing the Democrats, 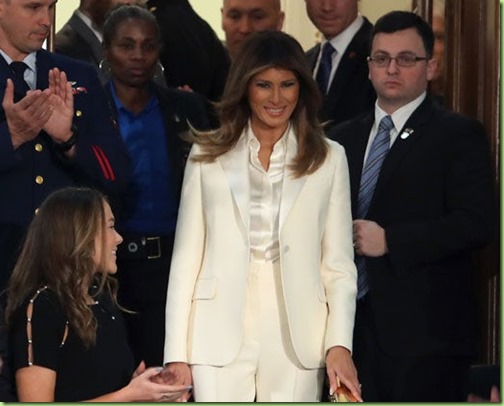 it was interpreted as a racist white power dog whistle:

Why? As the Instapundit put: IT’S DIFFERENT WHEN HILLARY DOES IT BECAUSE SHUT UP.

And in other news, Punxsutawney Pete saw his shadow this morning so it looks like we’re going to get more white stuff along with six more weeks of inclemency: bad news for the FBI. Stock up on the popcorn.

My only beef about her SOTU outfit is the highwater inseams.

Was she expecting the sprinklers to malfunction?

I wouldn’t concern myself with such ignorant low lifes. I am sure the Trumps don’t.

I realize it’s Melania vs. Hillary, but the ivory looks so much nicer than the stark white. 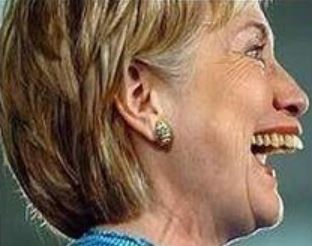 Damn! I bet she could clean an ear of corn in mere seconds.

She could probably buzz through an entire cornfield in a matter of minutes.

I tell you though the picture of her above just annoys the crap out of me. She is just so stupid looking. I cannot believe so many people in this country had all their hopes and dreams pinned on the election of this bumbling cretin. And what the **** is wrong with her eyes!?