Lmao y’all really don’t understand this $30 thanksgiving plate thing. My aunt charges us and cooks everything and we just eat.

Some have given this idea a thumbs down but it looks like up-votes are trending among progressives. They say it’s not fair for one family to do all the work and pay all the freight; they think everyone should contribute. Too bad they don’t feel that way about taxes.

If they treated Thanksgiving the way they treat taxes your rich uncle would pay  80% of the cost of the meal (plus processing and handling), you and your hardworking middle class cousins would split the other 20% and your deadbeat relatives would each receive a “refundable credit” of $10 just for showing up. Because, you know, from each according to their means… 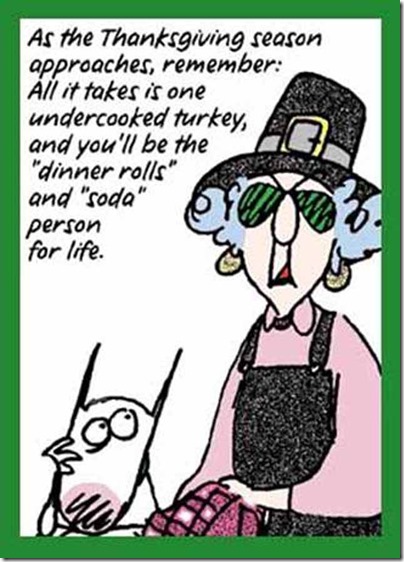 Oh, and I almost forgot: your deadbeat relatives won’t be required to help with the cleanup because that would be demeaning; they’ll be in the living room watching the Lions lose. The rest of you: get cranking, those pots aren’t going to scrub themselves. 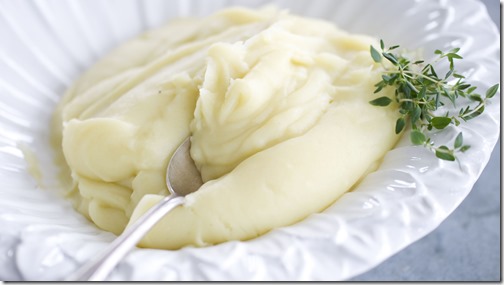 And while you’re at it, don’t forget to give thanks for your white privilege

I see nothing wrong with contributing to one person's buying and cooking the meal although I don't ask guests myself. Especially if someone is pinching pennies. But, as a guest, grandma should do the washing up with a few volunteers while the boys retreat to the cigars or football game.

Did anyone notice that this is a critique of the “progressive taxation” scheme?

I suppose, then, you could take my comment as support for progressive taxation, lol!

I’ve never had a family that gathers for some sort of huge Thanksgiving dinner. We used to go to the In-Laws but we moved out of state. FIL is gone but we visit MIL for a week at Christmas and the 800 mile drive is too much for just a long weekend. (I did it once on Thanksgiving weekend. Normal 9 hour drive stretched to 15 hours. It was only 600 miles)

Three of our four kids are coming to our house, but the immature little runts don’t like turkey so instead of frying up a nice juicy turkey, I’m going to be frying up a mess of chicken wings. Ooookay.

But, we got our turkey fix last week. Our Trail Life USA troop hosts a family potluck just before Thanksgiving. The troop supplies the turkey and families bring sides and desserts. They always ask me what to bring and my answer is always “I don’t care.” I call it a true potluck. It’s always great. This year, we hosted about 90 people in the dining hall of a rustic campground. He had five turkeys, two fried, one smoked and two Trash Can Turkeys. (google it and then try it on Thursday. You’ll never oven cook a turkey again)

We had zero leftovers and tossed the carcasses out in the woods so the local critters could have a feast.

BTW, this year we are going to relatives house for TG dinner and we bring a couple bottles of very nice wine, bourbon, expensive chocolates and a brandied cake......an homage to the chef!

After Katrina, our house was wide open because I had removed all the sheet rock and we had makeshift everything but still held it and it was one of the best ever.

Now that the kids have moved on and we are getting a bit older, we organize a dinner at another location and get some folks to help out with what they can and the wife insists on cooking a few extra turkeys and baking a few extra pies because it's supposed to be a thankful event and she keeps me in the spirit whether I want to be in it or not.....A good woman can make a decent man if he realizes how fortunate he is to have her.....

Then call in the IRS because you know grandma isn’t going to add her profit from the dinner to her reported income. If she does the same for Christmas and birthdays, she’ll eventually max out and there goes her SS check.

My wife and I always have everyone over for Thanksgiving. We buy everything and would not think of charging anyone. We usually send them home with extra food. It is somehwat expensive, but it’s only once or twice a year for Thanksgiving and Christmas (and sometimes Easter). Of course, some guests may bring a dish, like a dip with chips, or a dessert, or beer.

I once had a guest yell after Thanksgiving Dinner “Let’s raid the fridge!” She walked into my kitchen pulled all the leftovers out and helped herself (as did others). When she left the next day, she asked for more leftovers. That was the last year I invited her. I’m generous but I like to do the offering!

I’m always amused to the “food control” guests. They come with a laundry lists of foods they won’t eat and get miffed if any are served. The vegan girlfriend. The in-law who suddenly goes Paleo just before Thanksgiving.

We went to my wife’s family’s event yesterday. All way-back-in-the-holler Appalachian folk featuring a meth head. It is a multi-racial crowd which is fun because I get to eat collards and sweet potato pie. The meth head forgot her teeth this year. The family, who paid for them, were not amused. Great times.

14 posted on 11/20/2017 6:37:54 AM PST by AppyPappy (Don't mistake your dorm political discussions with the desires of the nation)
[ Post Reply | Private Reply | To 1 | View Replies]
To: Sans-Culotte
My parents did Thanksgiving at their place for years before they both passed away. Everyone loved my dad's smoked turkey from his homemade cast iron smoker.

My wife and I picked up hosting for the family at Thanksgiving and my brother-in-law, who got the smoker after my dad died, smokes the turkey just like my dad did.

Others would bring pies, rolls, salads, etc. It was always a family affair. We would be aghast if a discussion of money to pay for the dinner was ever broached. Not what family dinners are about.

BTW, my folks always had a rule that no discussion at the holiday table was to include politics or religion. Served our family well for years. Avoids all the drama and stress and tension when there are disagreements. The family gathering to give thanks was not the appropriate place for controversy. I don't ever remember a holiday that didn't go smoothly at the table because of this rule. Kept the focus on the "thanks".

My wife and I are retired now and not living close to the family. Just the two of us on our farm. We won't fix a special meal because it's just too much when there is only two people.

But whatever we decide to fix for the meal, we will pay for it ourselves. Leave it to the "progressives" to want someone else to pay for their pleasures.

Sounds like you guys had some great Thanksgiving gatherings. Ours is bittersweet this year as we suffered a family loss the day before the World Series started. My stepdaughter’s husband died suddenly of a cerebral hemorrhage. He was a big eater, and we’d always plan to have plenty of turkey on hand (a 20+ pounder) to accommodate him and everyone else. This year, my wife told me to get nothing bigger than an 18-pounder. We’ll miss having to have the extra bit of turkey for him.

I hope this year's dinner goes well despite your loss.

Sorry. Had to take care of the cats who think squirrels need to be brought to my desk. Hey, squirrel for Thanksgiving would cut the bill even more!

Haven’t bought the turkey, yet. Will head out if and when the cable guy gets here. I should have been at the store early this morning. The cheapo brand grocery store turkeys have always served us well. They usually run about .89/lb. The fixin’s are made from scratch so don’t cost much at all. The canned sweet potatoes and canned pumpkin are always bought when they’re on sale after the holidays the year before. Ok, fessing up, the pecans for the pie are from the yard so they’re free.

The cornbread for the stuffing and the pies are made the day before. The bird goes into the oven at 7 am. Then it’s relax time until about 9 when the dough for the rolls is started. Relax time until 10 when the turkey juices are drained off for the gravy and dressing and sides are prepped. The bird comes out of the oven at 11 and the sides are put in. 11:40, the rolls go into the oven. The salad is made and the dishes set out. Dinner is served at noon. Rather, it’ll be loaded up at noon this year to take down the block to mother’s so we’ll be a bit behind. No fuss, no muss. Easy peasy. Clockwork.

Was sick in bed with pneumonia one year so 4th or 5th grade daughter did the whole dinner by herself. The only things she asked for help with was hubby had to take the bird out of the oven and had to wake me to ask how much sage in the dressing to which I said double what you think and rolled back over. Thankfully, she’s always been the pie maker in the family. Says her secret is not rolling the dough but mushing it into the pie pan, lol.