Devin Patrick Kelley is the evil scumbag thug who murdered 26 people at the First Baptist Church in Sutherland Springs, Texas.

According to the New York Times and CNN, Kelley was an atheist.

Claim: The Texas church shooter was an atheist and was also on the payroll of the Democratic National Committee.

In math, logic, and computer science, (TRUE and FALSE) = FALSE.

However, in journalism, the two statements must be judged separately.

It is indeed false to say that Kelley was on the DNC payroll.

But it is true to say that he was an atheist.

Shame on snopes for treating this as if it were a problem in math, logic, or computer science, instead of treating each claim separately.

Here are some other things I’ve written about snopes’s false claims:

***** Shame on snopes for treating this as if it were a problem in math, logic, or computer science, instead of treating each claim separately. *****

I bet you wrote those things on your blog.

Snopes biases a lot of unpleasant truths by spinning/adding details to the framing claim.

The Left did this with Obama’s past in 2008. Add in some details that are false to discredit the unpleasant truths about his past muslim faith.

Fact, Snopes has no idea what logic is, as indicated by their nutty and illogical application of logic in their statement above.

Snopes is known to be a far-left liberal organization. Therefore, they can't know what they truth is.

Snopes is known as a "debunker" of factual information that they deem harmful to their left-wing version of the truth. Again, pointing to the fact that they can't know what the truth is, since they're still liberals, debunkers or not.

Whatever serves the left.

...and the sight owner is human filth.

Some years back the man was on a leftist website in live chat. I read his post that he was in South America then. I think it was Panama.

I remember when they debunked” all the Arkancide murders. They said it was merely a case of coincidences.Apparently they have access to all police and FBI files.

9 posted on 11/12/2017 3:31:13 PM PST by Ann Archy (Abortion....... The HUMAN Sacrifice to the god of Convenience.)
[ Post Reply | Private Reply | To 1 | View Replies]
To: grundle
That whole website is a scam. It's run by this couple, David and Barbara Mikkelson, who have absolutely no credentials or any kind of proof whatsoever of being impartial, in other words it's no different from the MSM and I think they are divorced now. 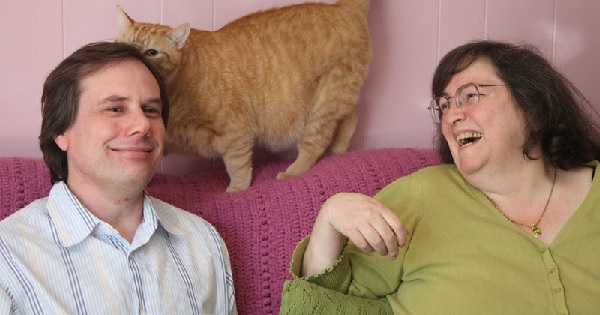 Pretty typical for Snopes. They do it all the time.

They are stating the whole scenario is false, however, I will agree that they do not clarify that the atheist portion of the claim is true while the working for the DNC portion is false. But that is par for the course for liberals, they are never totally honest.

Actually even liberal Barbara jumped off the ship. It’s run by David an an ex-porn star now.

Snoops is two fat liberals making believe they know everything.

They have no, ZERO, education or training in fact gathering or any other pertinent specialty. They are literally just making it up as they go along.

Their play is and always has been to push liberalism.

LOL! So basically it’s now like the New York times when it comes to “facts” but even lower. And look at the money they were making, what a scam.

Last week, I attended the national convention of the American Association of School Librarians in Phoenix and sat in on a couple of sessions on how to cope with fake news. In both of them, the presenters recommended Snopes, and I raised the issue that Snopes is biased. Others in the audience seemed to agree, so the truth abut Snopes may be getting around.

Snopes is the LAST PLACE I would go looking for facts. Just a couple of old couch hippies afraid to get real jobs.