Finally, something substantive to move us off the Las Vegas shooting incident that nobody knows nuttin’ about: the Harvey Weinstein disgusting pig-man chronicles. I see that Lanny Davis and Lisa Bloom (Gloria Allred's little Eveready Bunny clone) both resigned today as more sordid stories ooze out. And seriously, how scummy do you have to be to have your own brother blow the lid on the story?

Bob Weinstein, the disgruntled co-founder of The Weinstein Company, may have been the mastermind behind an exposé of lurid sex allegations that led to his brother’s humiliating downfall, the sources said.

What a charming family. 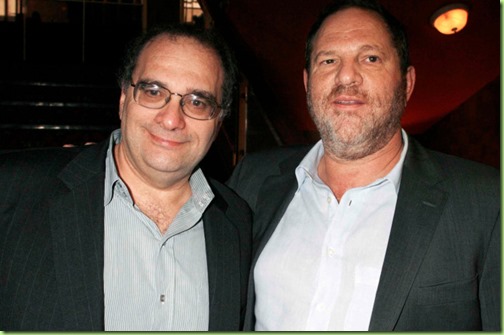 The sleeze is strong in this family

I wouldn’t trust either of them but the one with the little eye definitely looks like a real perv.

Seriously, I’d rather talk about Las Vegas…or guns, specifically. I note that today was the day that Peggy-once-in-a-blue-moon-I-have-a-point-Noonan nailed it: Why do Americans own so many guns? Because they don’t trust the protected elites to protect them.

The establishments and elites that create our political and entertainment culture have no idea how fragile it all is—how fragile it seems to people living normal, less privileged lives. That is because nothing is fragile for them. They’re barricaded behind the things the influential have, from good neighborhoods to security alarms, doormen and gates. They’re not dark in their imagining of the future because history has never been dark for them; it’s been sunshine, which they expect to continue. They sail on, oblivious to the legitimate anxieties of their countrymen who live near the edge.

Those who create our culture feel free to lecture normal Americans—on news shows, on late night comedy shows. Why do they have such a propensity for violence? What is their love for guns? Why do they join the National Rifle Association? The influential grind away with their disdain for their fellow Americans, whom they seem less to want to help than to dominate: Give up your gun, bake my cake, free speech isn’t free if what you’re saying triggers us.

Would it help if we tried less censure and more cultural affiliation? Might it help if we started working on problems that are real? Sure. But why lower the temperature when there’s such easy pleasure to be had in ridiculing your mindless and benighted countrymen?

The article is behind a paywall but don’t worry, the rest of it is pretty much typical Peggy pablum. But when she’s right she’s right. Anyway, in summary: why do Americans own so many guns? Because the Second Amendment is premised on the fact that eventually the know-it-all, better-than-us elitists will grow tired of lecturing us and simply decide to rule by fiat. Because they only want what’s best for us. 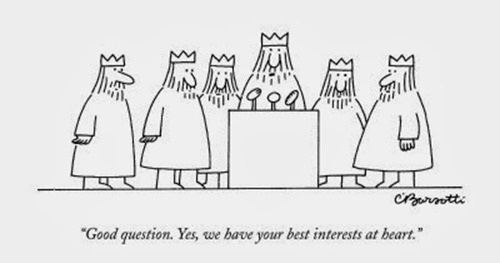 At that point they’ll begin to understand why Americans own so many guns.

My grandfather always kept his shotgun under his bed. I first noticed it in 1956 when I was 12.

Because we can’t afford any more?

Because we can and we are citizens and not subjects.

Then after it is just a good idea.

How many is too many?

why do we own so many screwdrivers?

Spousal unit asked me that one time. I pointed to my golf bag and showed her all the clubs within. Told her each one was for a specific shot and circumstance.

My guns are the same way ... and I have more of them than golf clubs.

Because we’re allowed to own them.

And groups like BLM and Antifa give us the motivation.

BTW, how have gun sales deen recently with the increased in domestic terror group activity?

That was my response. Just checked to see if anyone beat me to it. :)

Well we own this many because we have been on a budget and this was all that we could buy and get our retirement funded. But now, we are retired and we can buy more.

People ask the most idiotic questions.

This recent libtard effluent against guns has caused me to desire another one. Should it be a .375 H&H or .338 Winchester?

More than I really need—but FEWER THAN I WANT!!!

Rule 2b. Do not use an apostrophe + s to make a regular noun plural.

That cannot be said often enough.

I'm sure nothing would make the majority of our "betters" in Congress, especially the Marxist socialist democrats , more then happy to keep us thinking we are subjects.

The ironic thing is that liberals think gun owners are just a bunch of drunk, inbred, wife-beating rednecks, when the reality is that half of all gun owners are liberals.

Don’t want my family living in another Venezuela or North Korea.

This becomes some intellectual discussion where someone has a number in their mind. If it bothers the intellectual guy, couldn’t the same be asked why do people go and spend $100,000 a year on first-class tickets, and limit them to just six trips a year and they should all be tourist-class. Or perhaps we should limit guys to just two fine bottles of Scotch per year?