Once again we find foreigners doing the work of American journalists.

About Margo Gerster’s chance encounter with Hillary in the woods? 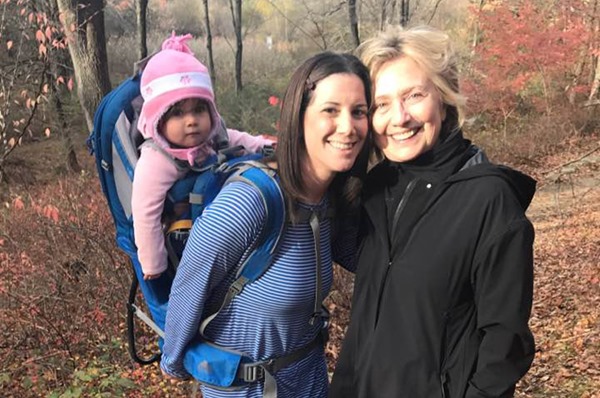 A Westchester mom got the best therapy possible for her deep depression over Hillary Clinton’s stunning defeat — when she ran right into her hero while out for a hike in the woods.

Clinton looked happy as a clam in a comfy pair of leggings and boots — sans makeup — as she walked her toy poodle mix, Tally, with her hubby, Bill, near their Chappaqua home. – NYPost

It was staged. Of course. (And trust me, Hilz is NOT sans makeup. She doesn’t even look human without at least one coat of spackle.)

As reported last night by Francinepink, Russia Insider did some legwork (because did any of this photo-op look real?) and discovered to nobody’s surprise that…Margot Gerster has met Hillary before: An old photo with Gerster and Clinton, which Gerster posted on Election Day. A friend asks "when was this?" And Margot replies: "Back in highschool...at a fundraiser my mom hosted."

Yes….it was completely...by chance, and kind of amazing. Like, I literally hike that trail almost every day. Um, so this is sort of incredible, to just randomly run into Bill Clinton and Hillary Clinton, two days after the election…

As RI points out, who would start their story with “in case you didn’t know, it was completely by chance.” Unless it wasn’t, and somebody told you to make sure you to mentioned that it was? And she seemed to have continued problems remembering her lines when Burnett asked her what Hillary said:

Umm...I think actually I [inaudible]. You know, I said, I obviously said hello. And um, I said something to her along the lines of, um, all I wanted to do all day yesterday was hug you and tell you how proud I was to bring my daughter with me to vote for you, and, you know, she was very gracious, and she hugged me, and she couldn’t have been any nicer, she was very warm, and she asked me about my daughter, obviously, and where I was from, and, it was just very pleasant.

*sigh* Is there nothing too large or small in the Clinton orbit that isn’t worth lying about?

Meanwhile, back on the mean streets of New York, additional Clinton detritus: 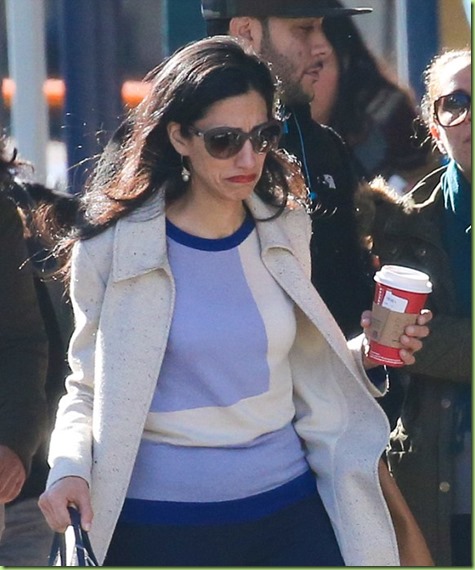 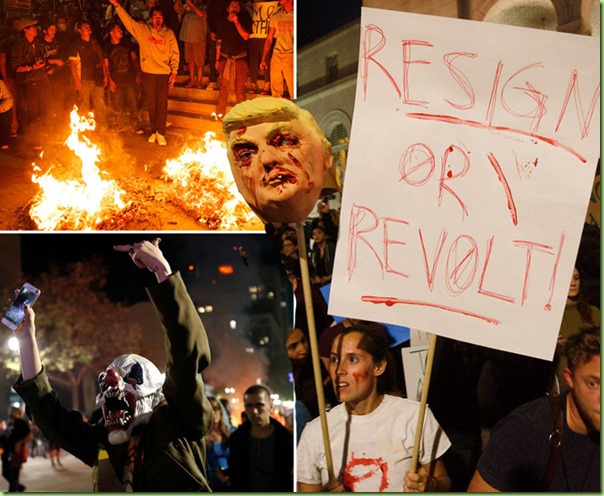 Here’s a phrase that seems never to go out of style: “Imagine if conservatives had done this to Obama.” 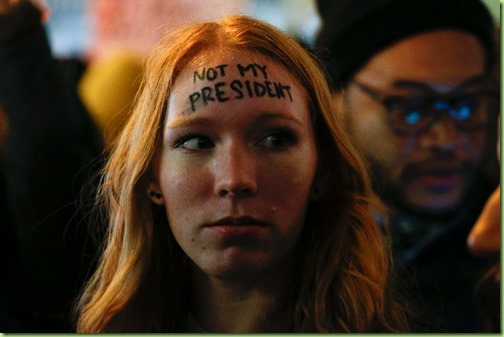 For his or her sake, I hope that’s not a tattoo.

Remember when they used to just put a big “L” on their foreheads? I liked that better.

Liars, Leakers and Losers: can you connect the dots?

Told my wife that “chance” was the same as the one just happened to catch the Rapise-in-Chief dancing with Hillary on that beach in Normandy.

What a bunch of fakes.

And, of course, our press is still taking the gay position for both of them.

I knew this was staged the instant I saw it. Not that I have special skills, I just know the Clintons. No way in hell is Hillary walking among the regular people and the idea of her communing with nature must have woodland creatures across the planet laughing their butts off.

Yes, I’ve got to be more careful, but the anger seethes within when I see anything referring to the most foul couple in the multiverse.

Her mother did fundraisers for Hillary. Let’s find out who her mommy is.

Can someone forward to Lou Dobbs he kept saying in his program that it look like a set up but the rest of the panel were fighting him saying it was spontaneous now he has evidence... please email it to him!

This is part of the plan, garnishing sympathy from his supporters to fuel to fuel the riots!!

They don’t go anywhere without the SS along. The photo op and encounter was obviously bogus. The question is why was it staged?

This is like the photo of Clinton kneeling in front of Chelsea’s apt after she had collapsed at the 9/11 memorial event. Really? Hillary kneeling? No way! The woman has problems walking.

I, at least, understood the meaning. It’s sort of the way the Didu Nuffins pronounce “Racciss”.

It was done to make Hillary look healthy.

What do you bet the dog the Hag was walking did not even know who she was?

Why does Hillary have to look healthy? Is there a plan B? If so, what is it? Is there an effort to buy electors?

I think there will be a campaign to make HRC likeable...and to set her up as the leader of some sort of girl power movement.

They hope this will make people reluctant to appoint a special prosecutor for her fake charity.

If Clinton were down with pneumonia just a few weeks ago, would she be out ‘hiking’ in the woods?

This smells of photo-op like the phot of BJ and Hillary dancing on the beach a few years ago.

Mostly concerned with how to become a intern. The oral exam, administered by Bill Clinton, is rough.

All of the Secret Service weren’t there either...Probably because Bill and Hill out ran them after their daily half-marathon at the 5 mile mark. (They are both health nuts, you know.)

Hillary has an estate which is wooded. Why off the reservation??