Here’s an article that accurately summarizes the state of media affairs in America (and by affairs, I mean “illicit”): CNN’s Christiane Amanpour Formally Comes Out as Pro-Hillary, Anti-Journalism. 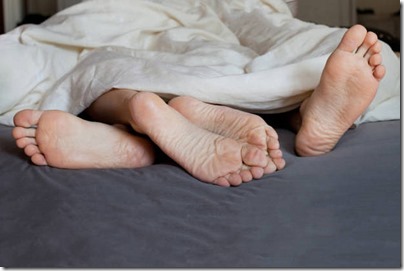 Serving only as video confirmation that 1) sexism is the new racism, 2) the media is snugly in bed with Hillary and 3) the media condones lying to the public as long as it is them doing the lying. All of which led to this Tweet.

Narrative has gone from "Hillary is perfectly healthy, stop being sexist" to "FDR had Polio and was a good President" in less than 12 hours. — Ann Coulter (@AnnCoulter) September 12, 2016

Upcountywater’s twisted mind immediately went all Dr.Strangelove on us:

Upon further review however I’d have to say that upcountry is onto something. What do you think?

The only problem of course is that Dr. Strangelove was supposed to be satire;

Increasingly however, it’s beginning to look like life imitating art.

And if Hilz thinks she’s choked up now, just wait till the next batch of emails are made public.

Not Hermia but Helena I love:
Who will not change a raven for a dove?

“Gentlemen, you can’t fight in here. This is the war room!”

“FDR had Polio and was a good President”

I’ve been waiting months for them to start using that line.

Every time someone brings up FDR, I bring up the Yalta conference.

The so-called “mainstream media” is committing slow suicide as we watch. Their ratings are plummeting at the same time that actual new sources such as “Tru-News” are experiencing incredible growth.

It was hysterical listening to the MSM all getting in lock-step and parroting the “Hillary decided to ‘Power-Through™’” talking point within hours of it being issued on Sunday afternoon.

Exactly. The issue is not his polio infirmity; it is that by his 4th term he was physically and mentally spent and not able to handle the job. He was a doddering wreck, drooling on his shirt front. That left him open to the likes of Hiss and Hopkins pretty openly maneuvering him to deliver half of Europe into Soviet slavery.

Ask them if George Wallace was disqualified because he was in a wheelchair?

Wallace, before he reformed would have voted for PIAPS

I’ve seen it used on forums already. A little bit of difference between a physical malady and one that affects your thinking faculties.

“...pretty openly maneuvering him to deliver half of Europe into Soviet slavery.”

Yes, FDR was really pushing Stalin. Even in spite of the strong warnings from Churchill who knew Stalin for what he was.

The Strangelove character is fitting with Hillary here. In spite of Hillary’s well recognized Parkinsons symptoms, the lust for POWER AND MONEY keeps her moving forward. How long before she is in the wheelchair trying to control her arm?? Great movie, BTW. Sellers did a great job!

By Yalta he was having regular brain hemorrhaging episodes that left him increasingly diminished mentally.

As an aside, I went to his home and library in New York a few months ago. FDR saved the US from all of her problems and then saved the world don’t you know. The only bigger museum of propaganda I know of is the Clinton Trailer Library in Little Rock.

"I'm gonna do it. I'm gonna call Hillary a cuck and you can't stop me, Ivanka! I haven't bantered in days!"

One of the best ever.

“You’re going to answer to the Coca-Cola company.”

Watch FDR American Badass on Roku on Frightpix. I doubt Hillary would defend us thus.

FDR probably didn’t have polio, although that was the diagnosis at the time.