I feel a little guilty for not covering this event live; after all, it is my primary job – reflecting Lady M. It’s just that this is the 8th year in a row we’ve planted our Victory Garden and I think people are sick of it - the garden and the victory. 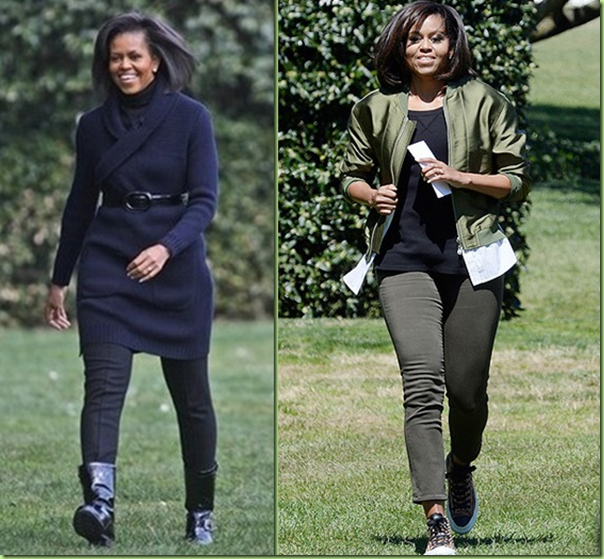 Lady M’s been squatting and plotting in the White House Garden of Good and Evil since April of 2009. 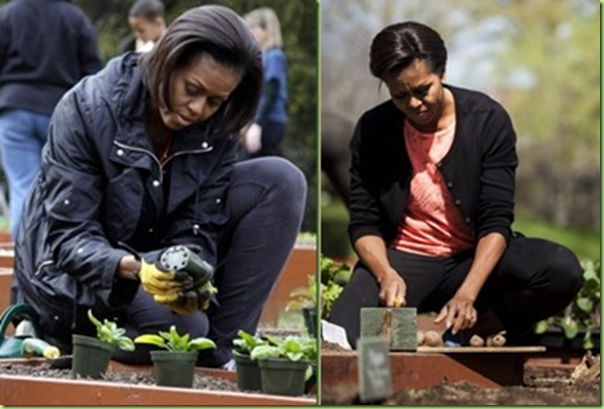 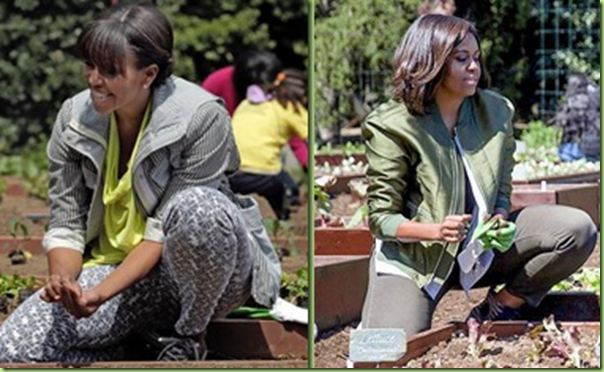 And the planting is never as much fun as the harvest. 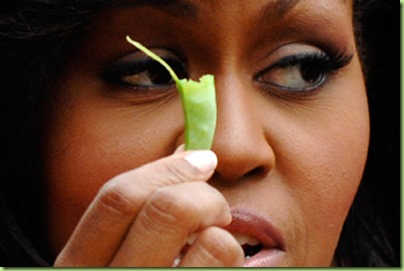 Butt without the ritual planting you can’t have a fruitful harvest. Everybody knows that.

Anyway, that was on Tuesday. Yesterday we had a reception to celebrate the Persian new year Nowruz, which marks the “beginning of spring, the renewal of nature, and the welcoming of a positive and healthy new year.” Nowruz actually falls on the day of the vernal equinox, which was March 20th this year, butt since we were on our Spring Break tour of Cuba then, better late than never. And besides, Val Jar insisted we not skip it as it’s another one of our “Obama Era traditions.” Celebrating obscure foreign holidays like Kwanzaa and Nowruz along with our own traditions, like the 4th of July, puts all holidays on a level playing field; which is part of our legacy.

So we got reupholstered for the party and threw a reception to mark the event. 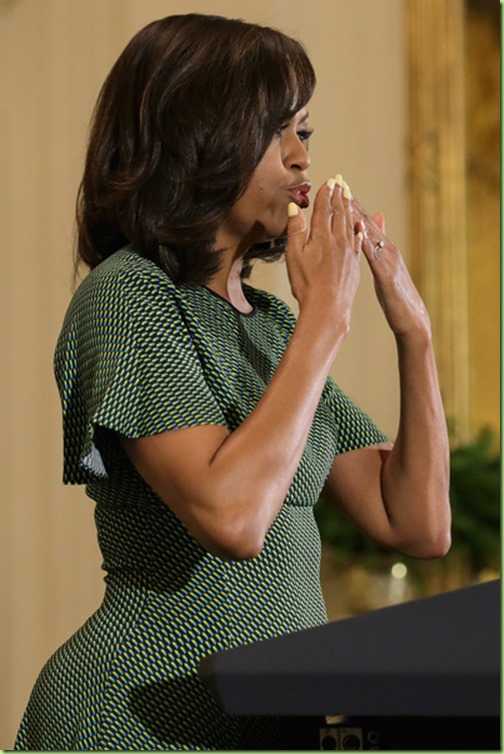 Here are some of Lady M’s remarks, commemorating the event:

“We think America is strongest when we recognize our many traditions, 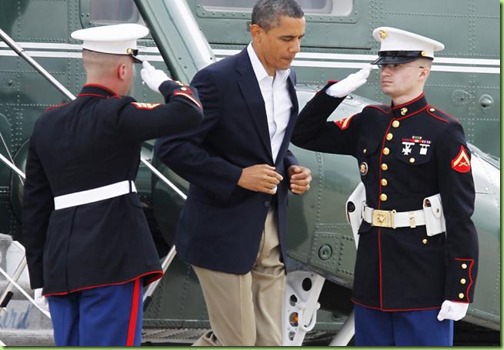 Except saluting our Marines

when we celebrate our diversity, 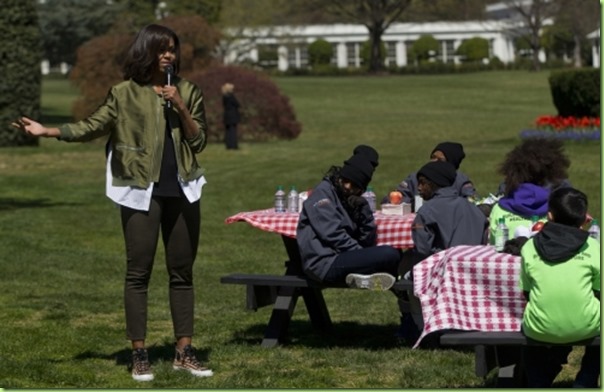 and when we lift each other up," 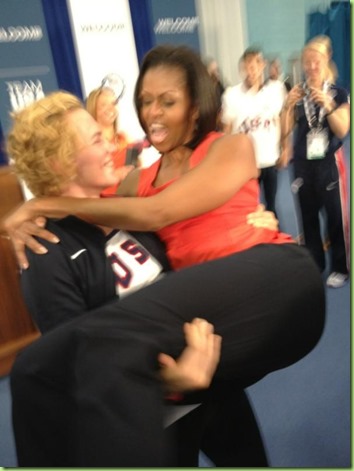 "In times like these, when we’re hearing so much disturbing and hateful rhetoric, it is so important to remember that our diversity has been and will always be our greatest source of strength and pride here in the United States."

Odd, liberty and freedom used to be our greatest source of strength and pride. 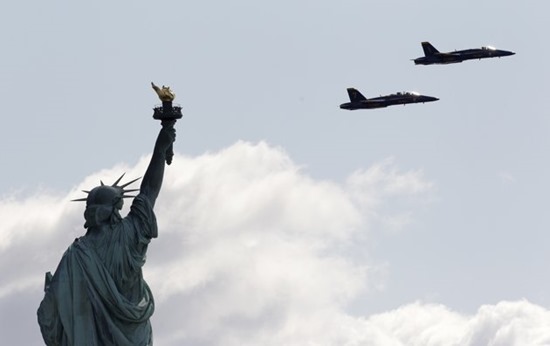 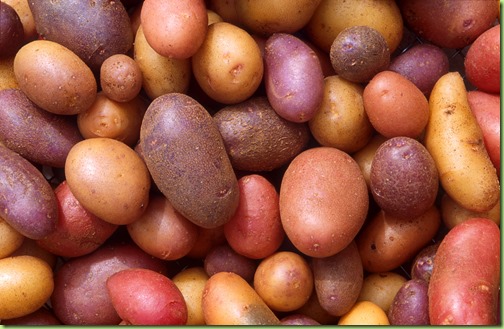 and transgendered tomatoes this year. 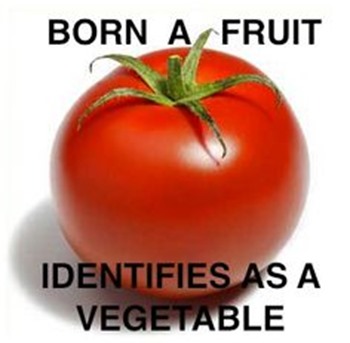 Diversity is forcing human beings to think exactly the same (at the point of a gun, if necessary).

Just a small nitpick - Saluting the marines is not truly a tradition, IIRC. Some presidents do, some don’t. Those with prior services likely do so out of habit.

I, for one, do not mind that Obama does not choose to profane this military greeting, the salute.

3 posted on 04/07/2016 8:46:31 AM PDT by MortMan (Let's call the push for amnesty what it is: Pedrophilia.)
[ Post Reply | Private Reply | To 1 | View Replies]
To: NOBO2012
She isn't planting anything. She's transferring plants to a larger space. And you know damn well that she's not out there everyday weeding and watering like a real farmer.

But I'm sure their boozery is going round the clock and I'll bet she sucks that up every day along with our coke loving muzzie.

THE OBAMAS AND VALERIE JARRETT ARE ALIEN TO AMERICAN VALUES AND TRADITIONS... AND THEIR DEPARTURE CAN T COME SOON ENOUGH

starting with her nasty remarks about being proud to be an American only after her husband, the empty suit got elected, her “all this for a flag” remark and her 22 servants when first ladies had 1 and her spending $1.2 billion on vacations at taxpayer expense show what this SELFISH, SELF-CENTERED PIG IS ALL ABOUT ... a stain on AMERICA.

Except for political diversity or diversity of thought. Those are bad.

You will be welcomed regardless of race, sex, national origin, sexual perversion or criminal record as long as you toe the far left-wing liberal line.