There’s a lot of other stuff going on in the world, butt for some reason I can’t seem to move on from this  gender/pronoun/identity issue. Once I discovered it’s a real thing, I became mesmerized.

No longer constrained to he/she/it, you now have at least 182 (and counting) pronouns to choose from, in 6 different categories (see below).

So if you think you’ve negotiated the waters of the whole gender pronoun issue just because you’ve nailed the proper grammatical construct of the gender neutral “xe,” 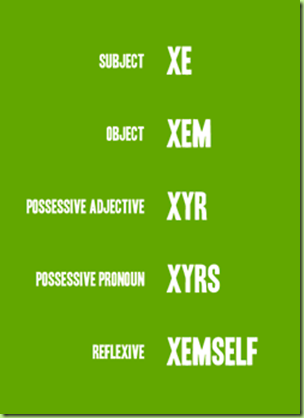 well, let’s just say it’s a little early to be patting zemself on the back. 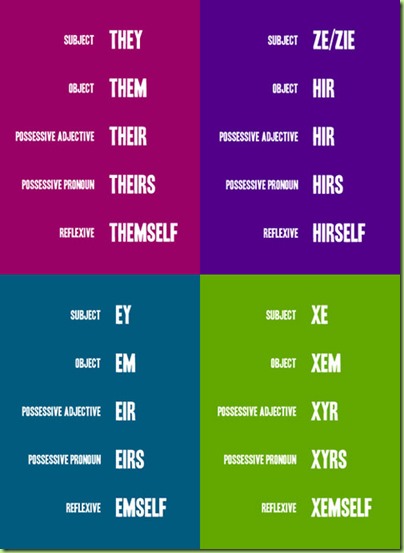 And that’s just scratching the surface. There is a more complete list of gender pronouns from askanonbinary – aka AANB, a site that is apparently dedicated to answering questions about nonbinary or genderqueer identities. I confess, I don’t even know what to ask, and that in itself may be some type of micro-aggression. Anyway, here is the current list of gender pronouns that people who actually care about these things came up with for people who identify with something other than the boring old he/she binary gender construct that they think was created by old white male imperialists. I’d say it was all inclusive, butt as soon as I do somebody somewhere will start identifying as a manhole cover (trigger warning!) and the anti-semanticists will have to get to work creating pronouns for that perversion identity.

Every Pronoun Set Of Which We Are Aware:

And it’s good to know that even if you’ve perused the first 130 or so gender identities and still can’t decide if you identify with a unicorn or a princess, there’s still another whole category of “miscellaneous/vaguely grouped.” And if you still can’t find a “gender” identity with after that, you get shipped out to the Isle of Misfit Toys to work things out the best you can.

I confess, I’m rather partial to the Royalty Themed assortment:

Yeah, I can see where that designation would prove useful for the ambiguous artist formerly known as Prince, 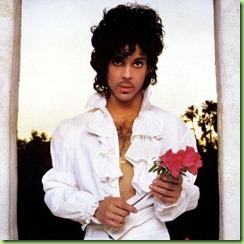 or even for our resident Marie Antoinette: 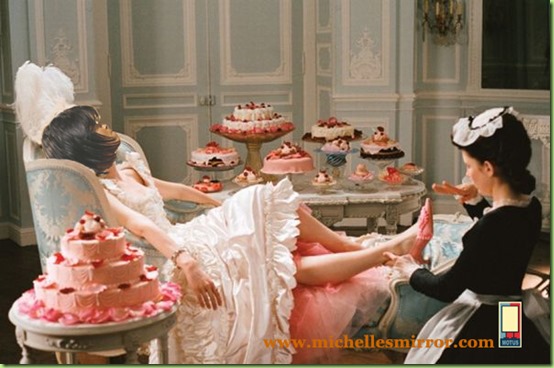 So no matter how confused you might be, we’ve got a pronoun for you. 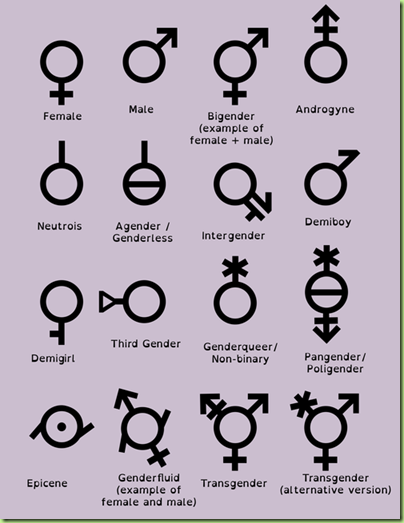 There’s even a pronoun for somebody who has a bit of a god-complex, like Ye. 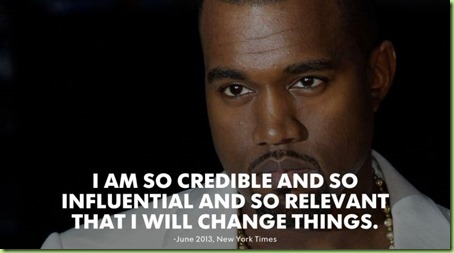 So that’s something Ye has in common with the WON we’ve been waiting for. 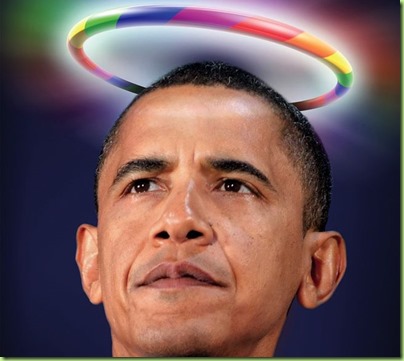 Of course the unicorn thingy could work for him as well.

I think the SJW types who brought this carnival to town seriously misunderstood the origins, purpose and function of language. Butt as they say, when words no longer mean anything, they can mean anything. 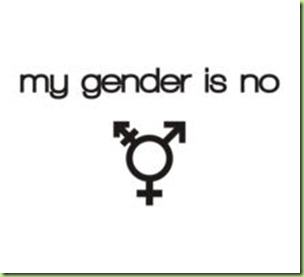 **from “cisgender” - def. A derogatory term used by members of the trans community to refer to all the disgusting people in this world who don't hate their genitalia: hetero sexuals.

The language of the mentally ill.

The only way to put this Genie back in the bottle will require a great deal of cordite...

And I find it humorous that one would discuss/critique grammar issues while using poor grammar.

"Gender" is a language term (masculine, feminine and neuter), "sex" refers to male and female.

All that other stuff is stupid, self-serving nonsense. There are only two sexes (aside from rare scientific oddities), male and female, and then there are mental disorders.

Only the mentally insane would spend any time with this.

Who cares? (Other than the mentally insane working on this.)

My civil rights are being violated by the left.

This all comes from 15 year old girls and boys from Tumblr. It’s their holier than thou PC crap that they have turned into a movement. A fad. They have taken “Old World” and medical terminology and twisted them to their own stance. Silly kid stuff.

The best way to deal with these folks is to feign a look of terror and claim you suffer from PTSD and THEY are doing things that are “triggering” YOU. When they ask you to “share,” you just shake your head vehemently and insist the experience was too traumatic, you just can’t talk about it, you need to be alone. They’ll be apologizing and running away from you.