Every day the media is filled with talking heads perplexed by the phenomenal success of The Donald.

They’ve no idea what is fueling his popularity, which in itself is indicative of their disconnect from the reality of our day-to-day existence. With a new poll showing The Donald in the lead among Republican candidates with a 40% share, heads are beginning to explode and shaky legs are beginning to crumble under the pollsters. 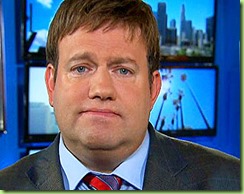 “This is real. I’m having trouble processing it. Like, my legs are shaking.” - Time

The only people more surprised about the appeal of The Donald than the media are members of the GOP elite (GOPe), the so called “establishment” and their consultants. The Ace of Spades addressed this the other day:

So I thought I’d take a minute today to explain why “a billionaire real estate mogul, TV celebrity and oft-accused demagogue who has never held office (is) leading the Republican field with some 22% [40% now] support in the polls?” It’s really quite simple: in the words of one of Frank Luntz’ focus group participants:

"We've got to show the Republicans that we've had it with them, that we will not be there every single time. They treat us like crap and they lie to us and promise us things and then they expect us to vote again,"

And with every indication that the GOPe powers-that-be intend to cram another moderate member of the Washington party down our throats, the natives are prepared to go Roman. They want change and they want it NOW. That’s where The Donald comes in.

In the field of R-word candidates, Trump stands alone. Not just because of his bombastic speech that expresses the sentiments of many other Americans. No, it’s because we sense that he - and he alone - has the hutzpah to grab the reins of what has been transformed into an imperial presidency under Obama and use them to reign - for the good of the American people this time. 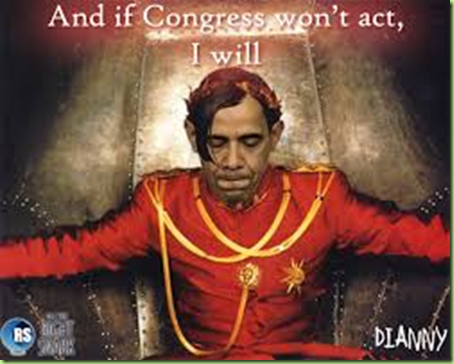 To be a benign dictator if you will. Just for awhile, just until the Democrats realize what they’ve created with their Won and hustle around to take steps to dismantle it before the R-words can do any more damage. Which they will do, of course. 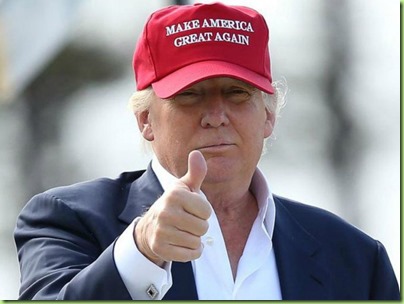 He may be a dictator, butt he’s OUR dictator.

The Donald’s supporters expect him to use his powers to undo much of the damage that the Won has inflicted on our once great Republic. And ask yourself, would anyone else – Cruz, Rubio, Walker…Bush – be willing to violate the Constitution in order to save the Constitution? I think not. And we sense that America needs someone who will. In order to “level the playing field” again and give our kids and grandkids a shot at enjoying an American life. And currently that someone exists only in the persona of The Donald: no matter how much you may like some of the others, he’s currently the only guy on the podium who actually knows how to seize the power at his disposal and use it to do what he thinks needs to be done to make America great again: deport illegal aliens? Boom. End anchor babies? Boom. Get rid of Obamacare and start over? Boom. Nullify the agreement with Iran? Boom, and I do mean Boom!

Yeah, it’s that simple. Americans are mad as hell, and they aren’t going to take it anymore. We want our country back. And we don’t really care how goofy your hair is as long as you’ll do that for us. Transform us back. 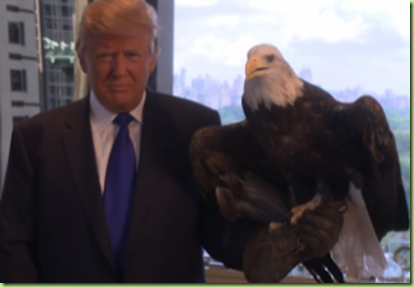 I think if Trump ran in BOTH the Dem and GOP primaries he would win them both.

We do not need to violate the Constitution to follow it.

We simply need to follow it with exactness...Cruz will do this.

Trump may not. That’s my biggest fear of Trump...and this article just makes it all the more real. That three are foolish American talking about it and approving it. They know not what they may create...but history teaches us, and so did the founders.

Violating your oath is not only illegal, it is treasonous...no matter what side of the ideological divide you are on.

So, while I would vote for Trump in a heartbeat over Hillary or any DNC candidate, I would continue to have this concern.

And should the concern bear out, and Trump begin violating and destroying the constitution, I would speak out JUST AS LOUDLTY AGAINST IT and FIGHT JUST AS HARD AGAINST IT as I would against the traitorous bastard Obama.

My question for all the candidates.

If you could run and win dictatorial power, would you accept the job? Why or why not?

Right with you. Anyone willing to bust up the Constitution on any grounds, ever slightly, is not a trustworthy individual and is not fit to be POTUS.

The Constitution has been amended many times. It could happen again.

from A Lincoln Preface by Carl Sandburg:

“I don’t intend precisely to throw the Constitution overboard, but I will stick it in a hole if I can,” he told a Cabinet officer. The enemy was violating the Constitution to destroy the Union, he argued, and therefore, “I will violate the Constitution, if necessary, to save the Union.” He instructed a messenger to the Secretary of the Treasury, “Tell him not to bother himself about the Constitution. Say that I have that sacred instrument here at the White House, and I am guarding it with great care.”

If we allow the other side to act at will then restrict ourselves to playing by the rules we we have the upper hand, even when it is possible to undo the mess progressives have caused, then we are screwed beyond redemption.

You have to define “violate”. It didn’t take much “violating” to have prohibition overturned.

Trump loves challenges. He usually overcomes them.
What is a greater challenge than to be the Chief Executive Officer of the United States of America. He is in to win.

Yes, wait until they come fully to this realization.

That’s why Cruz should be Attorney General.

We have a president willing to violate the constitution which has contributed to the anger in conservatives.
We cannot tolerate it on our side either.

How is Trump willing to kill the Constitution?

I think the GOPe knows exactly how the the country feels
about them, Trump, polls etc but don’t give a crap. Like liberals, they’re elitist snobs and they think we’re idiots and of course racists who don’t know any better. Listen to Dana Perino when they bring up Trump for instance. And Luntz is a dolt.

Trump is our non-violent American revolution.

18 posted on 08/27/2015 6:34:34 AM PDT by Lopeover (2016 Election is about allegiance to the United States)
[ Post Reply | Private Reply | To 10 | View Replies]
To: Jeff Head
I prefer Cruz as president. However, Cruz can't win unless Jeb Bush is completely out of the race. And then the establishment would put up another establishment candidate in the same form as Bush. Bought and paid for. And the media would pulverize Cruz and/or any other constitutional conservative to keep the crony communist gravy train running.

Trump is necessary right now to defeat the combined communist forces of the GOPe, Democrats, and the media.

Using the same tactics to undo much of what Obama has done, that he used to do it in the first place, is not only permissible, but totally necessary.

Constantly allowing an opponent to use tactics to gain an advantage that you will not use to reverse those advantages is not only stupid, but -self-destructive.