Two minutes into The Donald’s press conference - after an exchange that went something like this:

The Donald had Jorge Ramos deported: 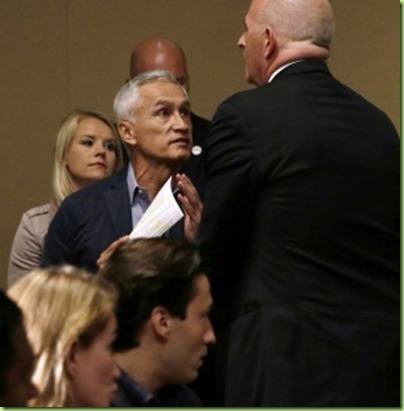 And, just like in real life, Jorge was allowed to come right back in, where he continued his argument over deportation. 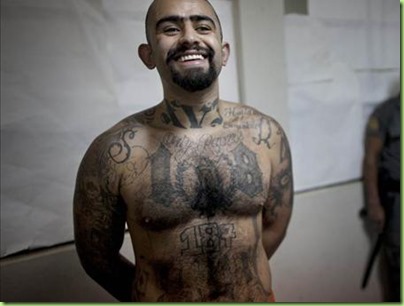 The press expressed righteous outrage on behalf of Jorge, a Univision reporter of color. Others suggested that perhaps Jorge, unwilling to wait his turn, 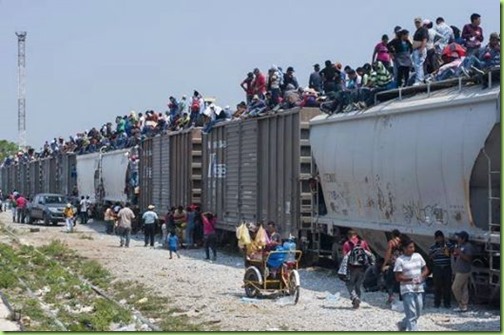 was not so much “reporting” as he was “heckling.” 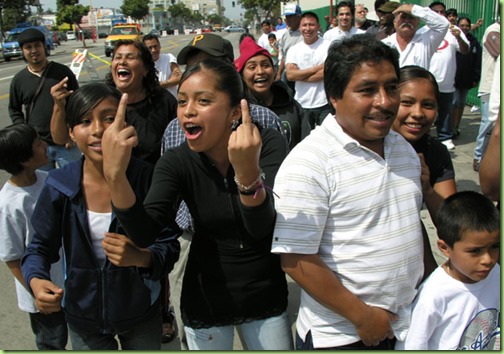 So I’ll let you decide: who was out of line, The Donald or Jorge? The cat or the mouse? 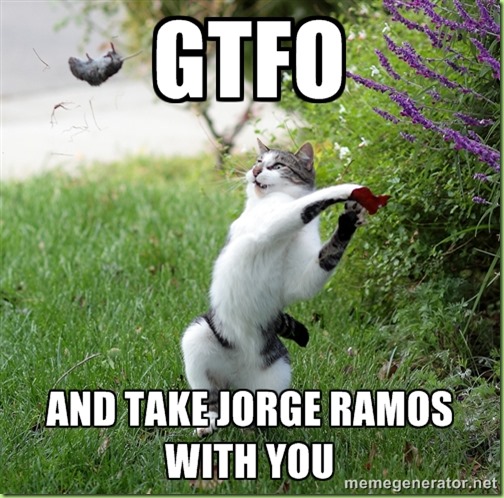 I don’t know about you, butt I find it hard not be to partial to someone willing to tell a loud mouth reporter to shut up and sit down. One small step for a man, one giant leap for America. 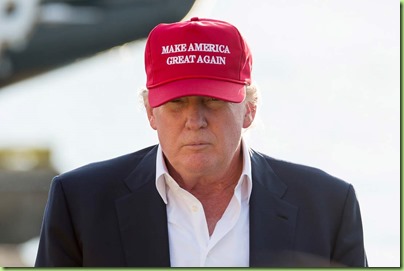 Jorge Ramos dropped all pretense at being an “objective journalist”. He was behaving as a political activist. Trump dealt with him appropriately. Stephanopoulos, Todd, Brian Williams, and the rest of the biased media should be treated the same way.

If the Hispanics would come into this country and NOT HATE ANGLOS they wouldn’t be so bad. But the left has turned Hispanics against Anglos, just like they turned Blacks against Whites, gays against normal people and trannies against people who have their original factory-installed organs.

Believe it or not Ramos is THE most watched reporter in America. He is a Univison/Uniparty apparatchik. Trump did a very nice job of disecting this Anti American’s weak argument.

“But the left has turned Hispanics against Anglos, just like they turned Blacks against Whites, gays against normal people and trannies against people who have their original factory-installed organs.”

11. As soon as sufficient progress in the intended change shall have been made, and the public mind duly prepared according to the rules already laid down, it will be proper to venture on another and a bolder step toward a removal of the constitutional landmarks.

That is the unknown truth. Go to a latino grill/bar around election time and they tell you exactly who to vote for.

I witnessed this near Ft. Bragg picking up some take-out
last time in 2014. Univision on 2 big screens.

Video of Trump’s press conference. The fireworks with Ramos start around 2:50 but the whole presser is a gem.