If there is one thing Progressives know how to do it is evolve. And while political expediency serves as the primary impetus for this relentless march forward, the process can be expedited when people have no immutable principals. 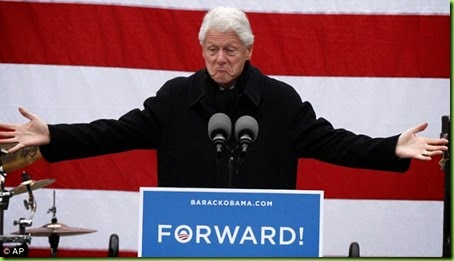 All of which explains Big Guy’s evolution on gay marriage at just the right time.

And Hillary…well, she’s been evolving for a long time now too:

And I’m sure you’ve all seen how well Lady M has managed with her evolution of Mom Dancing: 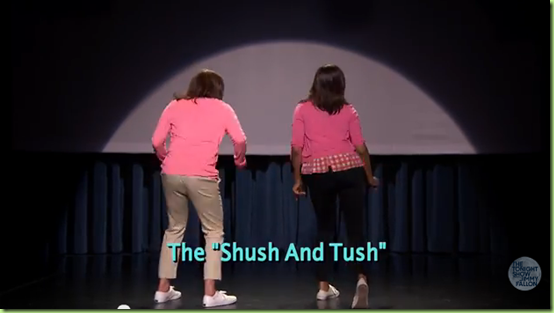 And now, NEO-NEOCON has uncovered the ultimate Obama evolution. I don’t want to let the cat out of the bag, 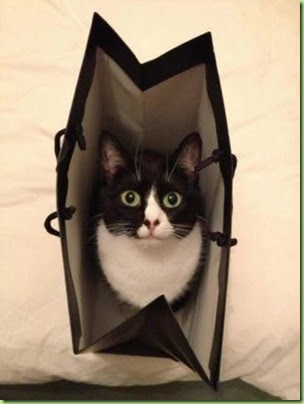 butt let me just say it will allow Barry to circumvent the 22nd Amendment in a rather creative way:

In the six-plus years it has been my privilege to serve as your president, I’ve learned a lot and experienced a lot. You might say I’ve evolved. I’m older, wiser, more tested. As the historic first black president, I’ve been a trailblazer and a beacon to the African-American community and all of America, and I’ve been proud of that. In fact, you might say that it’s the first time in my adult life I’ve been proud of my country.

I know that there are other “firsts” that lie ahead for America, and I want to be part of them. I’ve done a lot of thinking about my next move, and I have decided that as part of my continuing evolution it is time for me to transition…(read the rest here) 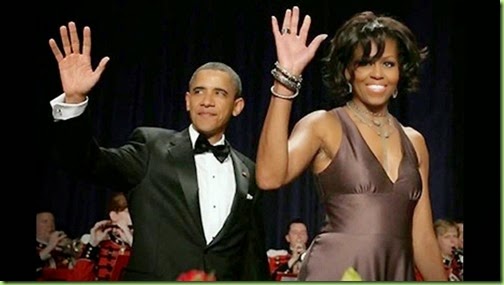 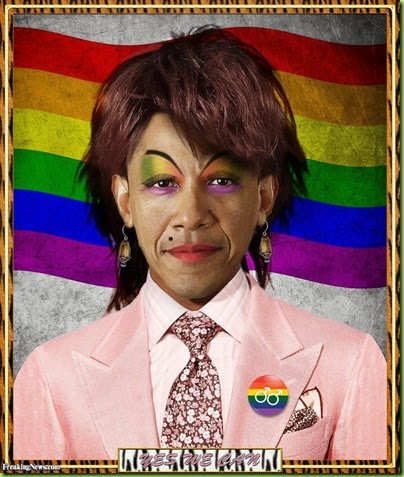 Butt let’s face it: natural selection sure ain’t what it used to be.

Anyway, you may now place your bets at window 6 for which church you think el familia Obama will grace with their attendance tomorrow. You may also place bets at the same window on which golf course you think will be honored with the traditional Easter golf outing.

Today my wife and I went to breakfast at a mom-and-pop French café. There were two teenage females at the next table who were texting madly on their cell phones. It occurred to me that they might be wearing out their opposable thumbs and may actually be devolving. When they wear out their thumbs, they will be forced to grasp everything in ape fashion by curling their fingers around the object.

I was able to listen to their conversation because they were so loud. It seems they have already devolved sexually to the level of the lower primates.

About the only way they can devolve further is by becoming followers of Muhammad.

They thrive on lies, deception and ignorant people.

Apparently there is no logical “end-point” in this constant evolution. There is not even a fixed point of beginning, as the goal posts keep on getting moved, and the origins are erased as part of the “progress”.

Cats have a more comprehensible view of life and how it should be lived. Cats, after all, are very good at being cats, and they do not expect that there might be a “better way” for them.

>>If there is one thing Progressives know how to do it is evolve. And while political expediency serves as the primary impetus for this relentless march forward, the process can be expedited when people have no immutable principals.

That is the basis for the whole Progressive ideology. They do have some fixed ideals and they let everything else evolve to push those ideals forward. The little details are meaningless to them because they know that once their ideals are fixed as part of our culture, then the little things will fall into place.

It is lesson we should learn.

Are we done with transitions? Or are we still evolving?

“”Evolve, adapt or die. That is the fate of our current Republican party. We must evolve as a party and find a way to attract millennials to the conservative movement or we will never succeed in realizing our ideals of individual freedom and freedom from government interference.””

“I think that the Republican Party, in order to get bigger, will have to agree to disagree on social issues,” Paul advised.

The Republican Party will not survive unless they stop attacking their Conservative Base.

Mutation is not evolution.

"Progressive" is the liberish word for "regressive" as "evolution" is for "devolution" and "forward" for "backward."