No word yet on how the Wons will be celebrating Kwanzaa this year. Unfortunately they were unable to make it to the big Kwanzaa parade in Los Angeles. BO was too busy playing golf with the boys – oblivious of the wedding plans that were squashed in order to accommodate his tee time - and MO was too busy having her nails done or something.

However I did snag this gif of Lady M practicing her Kwanzaa Karols:

Anyway, it doesn’t sound like the Wons missed anything, fake news reports to the contrary: In LA, CBS Station Pretends There Was a Real Kwanzaa Parade Yesterday 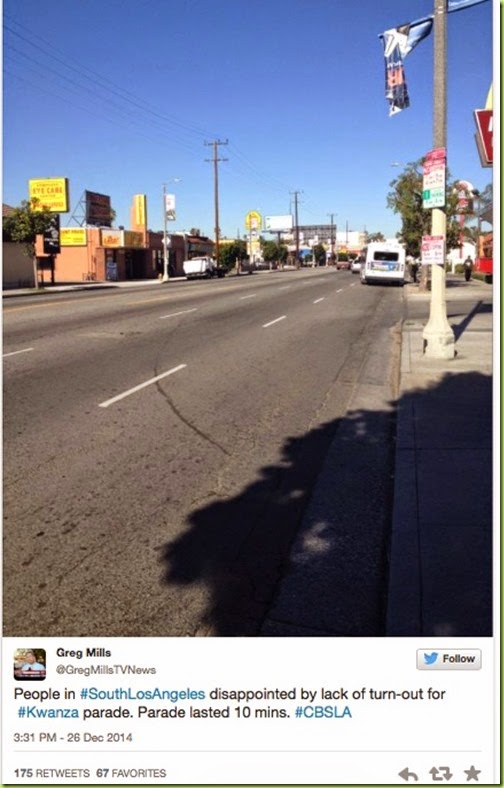 Lack of interest didn’t stop a good opportunity to hype a fake holiday however:

CBS Los Angeles - Organizers named the theme of this year’s parade “Perfect YOUR Temple,” or body. They said it was “a call to arms in our constant and ongoing efforts to `perfect’ our lives.” 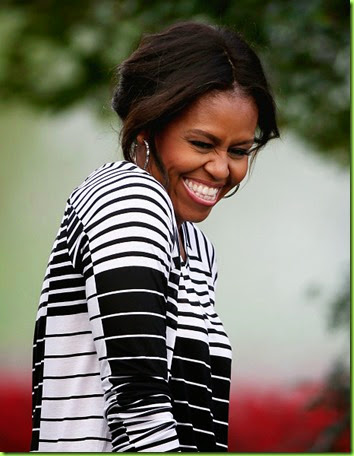 What pray tell do you do when your temple’s already perfect?

The gwaride began at the corner of Crenshaw and Adams boulevards, headed south along Crenshaw to Leimert Park, where organizers held a “Black Lives Matter” rally. 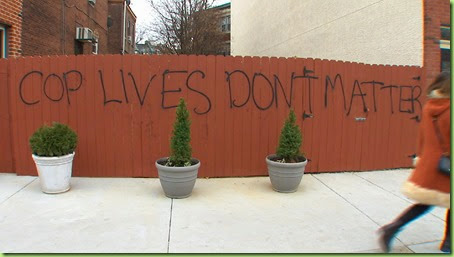 All lives matter, it’s just that some matter more than others

Because nothing says “holiday” like community organizing for social justice. And “shopping.” 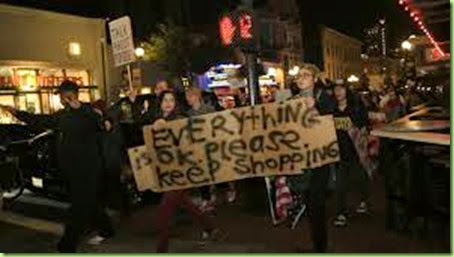 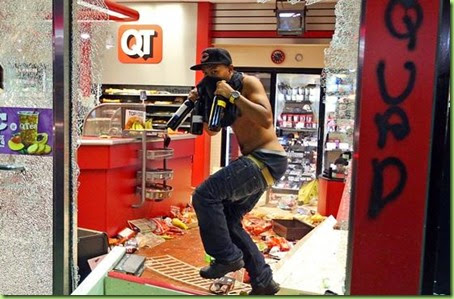 Poster boy for the “Pants Up Don’t Loot” backlash

During Kwanzaa, a candelabrum called a “kinara” is lit and ears of corn representing each child in the family are placed on a traditional straw mat. 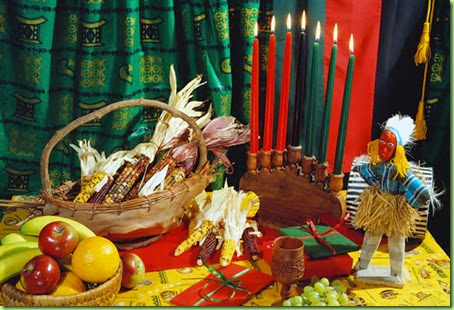 Is it racist of me to think this vignette looks…racist?

African foods such as millet, spiced pepper balls and rice are often served. Some people fast during the holiday, and a feast is often held on the final night.

Kwanzaa was created in 1966 by Maulana Karenga, now chair of Africana Studies at Cal State Long Beach, in what he called “an audacious act of self-determination.”

Well, we do know a thing or two about “audacity.” 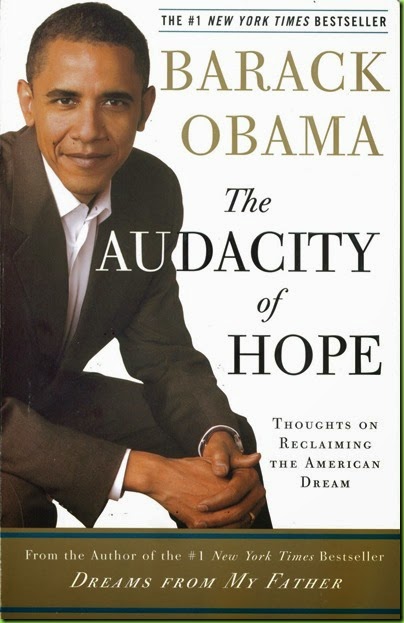 I heard that only about 5% of blacks in America observe Kwanzaa. It is absurd to claim it is a widespread celebration of African heritage.

The seven principles of Kwanzaa sound like socialist leaning concepts to me.

Perhaps yet another entitlement for practitioners of Kwanzaa is to attend Kwanzaa Cake making sessions taught by Andrew Cuomo’s GF, Sandra Lee?

The “seven principles” are EXACTLY the same, word for word, as the seven precepts of the Symbionese Liberation Army that kidnapped Patty Hearst (Look it up, you’ll be amazed). Kwanzaa is a completely contrived holiday invented in the ‘60s by Ron Karenga, a violent black militant.

Most of the people who “celebrate” Kwanzaa are White big city liberal female teachers.

7 posted on 12/30/2014 8:38:59 AM PST by jmaroneps37 (Conservatism is truth. Liberalism is lies.)
[ Post Reply | Private Reply | To 1 | View Replies]
To: Calvin Locke
Perhaps yet another entitlement for practitioners of Kwanzaa is to attend Kwanzaa Cake making sessions taught by Andrew Cuomo’s GF, Sandra Lee?

Semi-homemade cake for a semi-original holiday.

Lets make up some more fictious holidays!
1. Bowanza—A black Halloween with black ghosts and voodoo.
2. Cowanza—a celibration of the Cow and milk.
3. Treeanza—a celiberation of Trees for all tree huggers and treehouse dwellers.
4. Amwanza—to honor Amaway and its founding.
5. Rahwanza—to honor left handed people of all races.
6. Howanza—to honor Native American culture an vistories of Indians over white—Celibrated on June 28th.
7. Sharpwanza—to honor all things Al Sharpton—celibrate by holding a riot and buring a business.