Have you seen the news about QE II? No, not the Fed’s Quantum Easing I, II, and III; I’m talking about Queen Elizabeth II…our new Queen.

The latest version of her edict comes to us via Michael Yon:

A MESSAGE FROM THE QUEEN

To the citizens of the United States of America from Her Sovereign Majesty Queen Elizabeth II: 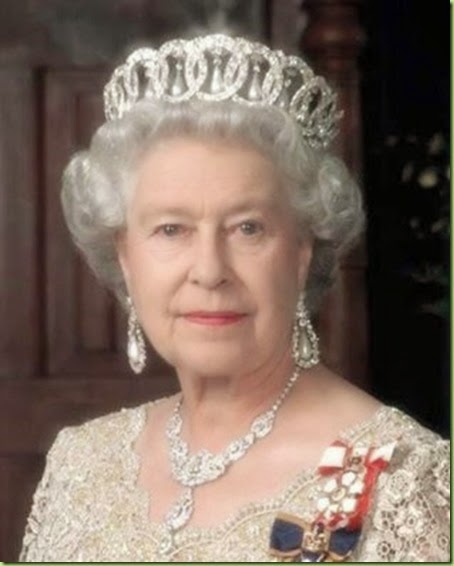 In light of your failure in recent years to nominate competent candidates for President of the USA and thus to govern yourselves, we hereby give notice of the revocation of your independence, effective immediately. (You should look up 'revocation' in the Oxford English Dictionary.)

Her Sovereign Majesty Queen Elizabeth II will resume monarchical duties over all states, commonwealths, and territories (except North Dakota, which she does not fancy) [sorry JLHan, Bakken Wag and UpNorthLurkin, butt you know how those Brits are]. Your new Prime Minister, David Cameron, will appoint a Governor for America without the need for further elections. [so that part’s no different]

Congress and the Senate will be disbanded. A questionnaire may be circulated next year to determine whether any of you noticed. [or care]

To aid in the transition to a British Crown dependency, the following rules are introduced with immediate effect:

1. The letter 'U' will be reinstated in words such as 'colour,' 'favour,' 'labour' and 'neighbour.' Likewise, you will learn to spell 'doughnut' without skipping half the letters, and the suffix '-ize' will be replaced by the suffix '-ise.' Generally, you will be expected to raise your vocabulary to acceptable levels. (look up 'vocabulary').

2. Using the same twenty-seven words interspersed with filler noises such as ''like' and 'you know' is an unacceptable and inefficient form of communication. There is no such thing as U.S. English. We will let Microsoft know on your behalf. The Microsoft spell-checker will be adjusted to take into account the reinstated letter 'u'' and the elimination of '-ize.'

3. July 4th will no longer be celebrated as a holiday.

4. You will learn to resolve personal issues without using guns, lawyers, or therapists. The fact that you need so many lawyers and therapists shows that you're not quite ready to be independent. Guns should only be used for shooting grouse. If you can't sort things out without suing someone or speaking to a therapist, then you're not ready to shoot grouse.

7. The former USA will adopt UK prices on petrol (which you have been calling gasoline) of roughly $10/US gallon. Get used to it.

8. You will learn to make real chips. Those things you call French fries are not real chips, and those things you insist on calling potato chips are properly called crisps. Real chips are thick cut, fried in animal fat, and dressed not with catsup but with vinegar.

9. The cold, tasteless stuff you insist on calling beer is not actually beer at all. Henceforth, only proper British Bitter will be referred to as beer, and European brews of known and accepted provenance will be referred to as Lager. South African beer is also acceptable, as they are pound for pound the greatest sporting nation on earth and it can only be due to the beer. They are also part of the British Commonwealth - see what it did for them. American brands will be referred to as Near-Frozen Gnat's Urine, so that all can be sold without risk of further confusion.

11. You will cease playing American football. There is only one kind of proper football; you call it soccer. Those of you brave enough will, in time, be allowed to play rugby (which has some similarities to American football, but does not involve stopping for a rest every twenty seconds or wearing full kevlar body armour like a bunch of nancies).

12. Further, you will stop playing baseball. It is not reasonable to host an event called the World Series for a game which is not played outside of America. Since only 2.1% of you are aware there is a world beyond your borders, your error is understandable. [not to quibble with the Queen, butt technically we have no borders anymore] You will learn cricket, and we will let you face the South Africans first to take the sting out of their deliveries.

13. You must tell us who killed JFK. It's been driving us mad.

14. An internal revenue agent (i.e. tax collector) from Her Majesty's Government will be with you shortly to ensure the acquisition of all monies due (backdated to 1776).

15. Daily Tea Time begins promptly at 4 p.m. with proper cups, with saucers, and never mugs, with high quality biscuits (cookies) and cakes; plus strawberries (with cream) when in season. [Note: tea trolley rules are waived for MOTUS’ posse, and may be stocked with more, um, adult accoutrements. Also, it may be open prior to 4 p.m. on special occasions, should you think of one.]

I knew it! I just knew that protocol breach of Lady M’s at Buckingham Palace was going to come back to bite us: 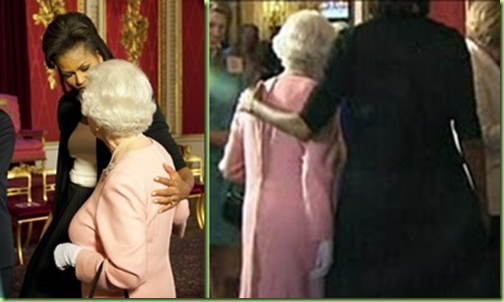 That, combined with Barry’s own little faux pas of talking (and talking…) over the playing of the British National Anthem while delivering his toast to the Queen, probably sealed our fate. 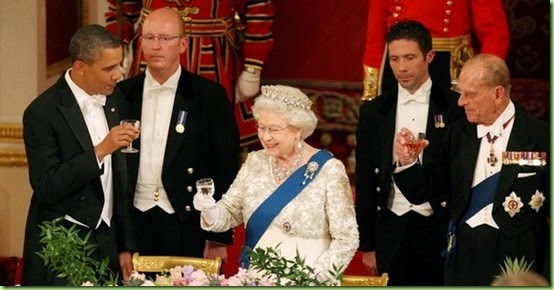 I just knew we were all going to have to pay for those egregious errours.

Oh, and one more thing: I just received a tracking number from UPS International; it seems her Majesty is sending the bust of Winston Churchill back to be reinstalled in the White House which will henceforth be known as “the Queen’s summer residence on the Potomac.” 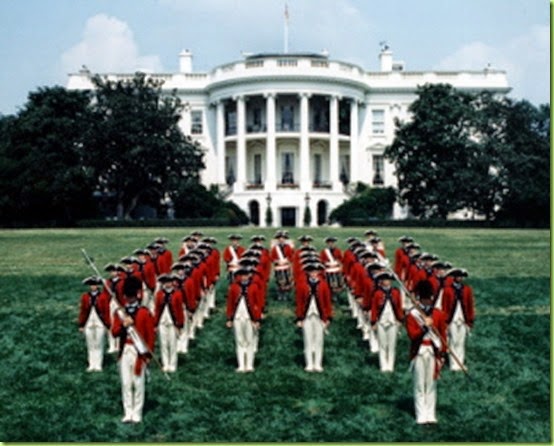 God Save the Queen!

And if we can get rid of Obamacare, do you really care which Queen’s in residence?

I have never seen that picture before. Did MO actually TOUCH the queen?

That is a NO NO... Heck you don’t even speak to the queen unless she speaks TO you first.

Or, has protocol relaxed SO much now?

From the title, I thought obama had come out...

Her Majesty probably took a show promptly after this dinner.

Barry slapped the Queen on the back once too...

equals as leaders of their countries what...

Barry only curtsies to men...

so, does she propose to send us CHARLES?

You should talk, Lady. Your country is being taken over by jihadis. Your military is a shadow of what it used to be. And your son is the template for an upper class twit.

This meme is at least ten years old.

As long as HRH brings Pippa, I’m good with it.

She did manhandle Elizabeth, yes.

And ignorance can’t be used as an excuse. Everyone who sees the Queen is counseled about proper protocol. The Moose did it deliberately, to show her contempt for that old colonial white lady.

“Everyone who sees the Queen is counseled about proper protocol.”

Right- I remember reading something like that, too. Why would MO be so forward and familiar when it is specifically discouraged?

Did you read the rest of my post? It wasn’t ignorance. How could it have been when she knew better?

15 posted on 08/19/2014 7:25:04 AM PDT by CatherineofAragon ((Support Christian white males---the architects of the jewel known as Western Civilization).)
[ Post Reply | Private Reply | To 14 | View Replies]
To: sinsofsolarempirefan
"This meme is at least ten years old."

Does that mean that it predated such sophisticated, 'trendy' terms as "meme", "bespoke" and "absolutely"?

Actually, “/s” should have been

Congress and the Senate will be disbanded.
To late Obama has beat her to it Val chuckles.