Squirrels are known for two survival skills: hoarding, and stealing other squirrels’ stashes. 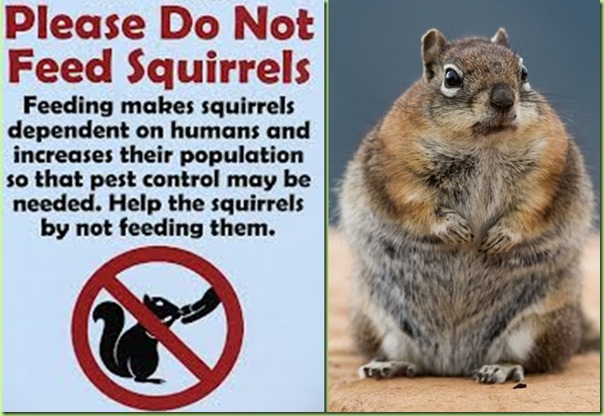 h/t BFH on iOTH, who suggests we could substitute “ObamaVoters” for “squirrels”

Both skills were on display in Louisiana last Saturday night when an EBT system “glitch” temporarily eliminated card limits. Thanks to the fact that the card holders all have Obamaphones, they advised all their social network friends with EBT cards of this manna from heaven. Soon all the squirrels hustled down to their local Walmart where they were seen hoarding everything from, well, soup to nuts: 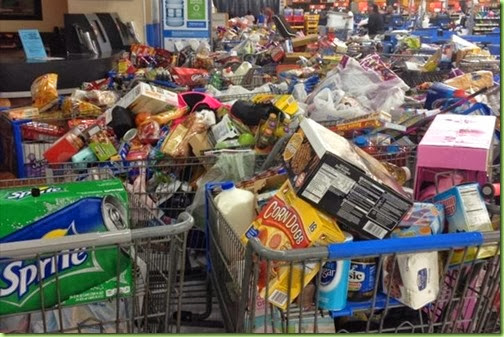 Shoppers abandoned carts at Walmart when EBT glitch was fixed.

Ladies and gentlemen, allow me to advance the premise that we don’t really have a squirrel problem around here; we have a problem of surplus nuts and Barrys: 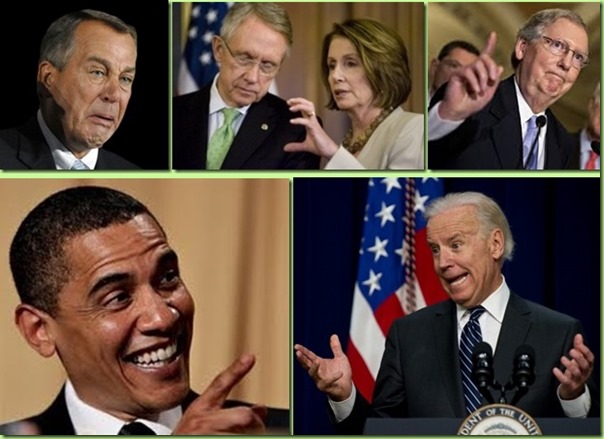 Although, arguably, it’s growing harder by the day to distinguish between the nuts, the Barrys, and the trained squirrels. 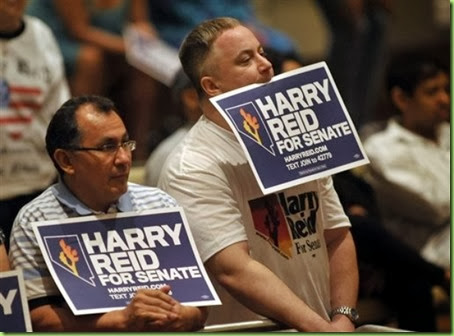 Trained squirrels, waiting patiently for their treat instead of going hunting

They’re still waiting patiently for their Obamacare too. Well, ok - less and less patiently as the days go by (15 so far, butt who’s counting, other than that one Fox reporter? Oops! My bad, it’s a CNN reporter.)

And now we find out that the Obamacare system “glitches” might have been an inside job!?!

Just rumors, I’m sure, planted by the Tea Party Anarchists.

Don’t worry, none of this has stopped Big Guy from staying focused like a laser beam on his nemeses: the arsonists, terrorists, extortionists, and wife beaters who are holding our government hostage. 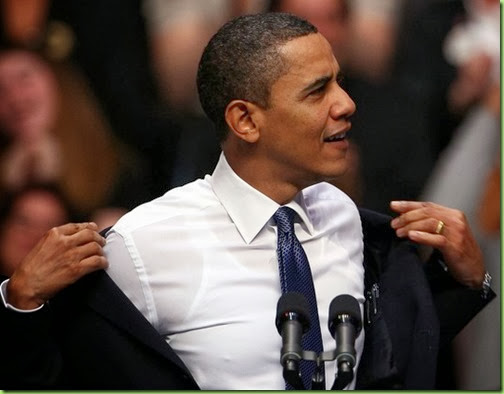 “Ok, who else wore theirs today?”

Following the model created at the Alinsky School for Community Organizers, Big Guy turned the tables on his political foes and sworn enemies and again accused them of extortion and manufacturing a crisis (and wife beating). Not only is this a brilliant stealth tactic, butt it apparently never loses it’s efficacy against the current batch of trained squirrels on the Hill. 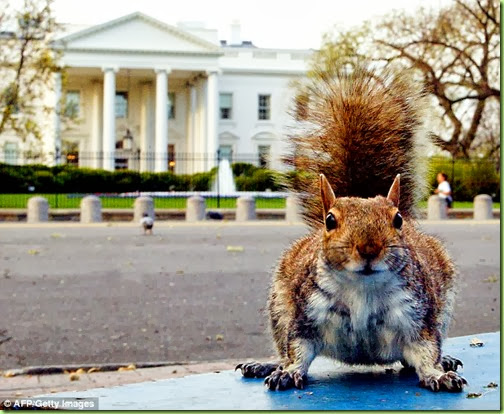 “Taken by surprise again, the squirrel readily gives up his nuts.”

So now there are officially 3 things you can rely on in life: death, taxes, and the GOP caving.

As I understand it, these are the only terms that “No Stinky People in the Rotunda” Reid is willing to accept:

That doesn’t sound like a spending cut, so I’ll put that in Stinky Harry’s column.

2) A temporary increase in the nation's debt ceiling until February.

While past performance is no guarantee of future results, I’ll wager that this is simply a delay on the way to a permanent increase, so I’ll put that one in Stinky Harry’s column too.

3) Establishment of a Senate-House budget committee to craft a replacement for the automatic spending cuts known as sequestration, which would have to report its work product to Congress by Dec. 13.

Ooooooo! That sounds like a homework assignment! with a deadline! Based on the success of the Super Committee of 2011 that was tasked with a similar objective ahead of the dreaded, deadly, doomsday Sequester, I’ll call that one a draw (see “past performance” disclaimer, above).

4) Verification of income in order to receive a subsidy.

I can’t really put that in anyone’s column, as it’s already the law.

I would like to advise you all to go gather as many nuts as you can find. What you do with them after that is entirely up to you. 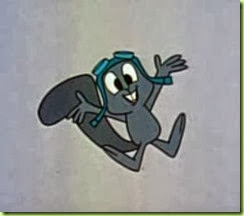 That’s all for now folks!

These folks are all thieves and I bet they all voted for Obama. It’s what the general makeup of the welfare cliental.

Imagine what it’s going to be like when we realize that we’re $17 trillion in debt. Sooner or later, the EBTs WILL be cut off. We’ll be broke.

I am not right on everything but I am guessing that the store shelves will be emptied and there will be violence.

Is there no record of who used their ebt’s during the “no limit AMEX black card” run at walmart? If there is then they should know who got what and how much they racked up. Guess making them go with zero available until they are caught back up would be out of the question. Say if they used up 4 months worth of benefits, they should stay at zero for the next 4 months or until they pay for what they got. But, that’d be racis’ or something. Never mind. Take what you want. King hussein will cover it. With our tax dollars.

I am guessing that the store shelves will be emptied and there will be violence.

You are not alone.

*******
LOL. Yep, that’s all there is after 15 days of “negotiations” and slowly caving. But hey, they stretched out the drama and made it a good show. Isn’t that what they always do?

Next time, Wal-Mart should take the hit for the first five minutes, then broadcast that the EBT system is back up. How would anybody know? Most would just leave the full carts and not come back.

The EBT card has just plain money on it too..

so much for food only and cash..

They can spend it on booze and cigarettes if they want by just getting the cash of it and using the dollars to purchase what they cant on the food part..

The old food stamp system didnt let them do that..

and WIC for children up to age 6 used to have a list of items they could get that week..

Its a racket now..

Exactly and I am sick and tired of paying for it!