After last week, I’m really GLAAD to have this opportunity to change the subject.

And that opportunity was presented by what I guess are the monthly GLAAD (Gay and Lesbian Alliance Against Defamation) Media Awards, this time in Los Angeles. Sort of ironic that they were held the same week as the latest Islamic Extremist (am I allowed to say that anymore?) bombing; as we all know how tolerant the “religion of pieces” is of homosexuality.

Anyway, guess who was there? To accept an award. Did you guess former President Bill Clinton? 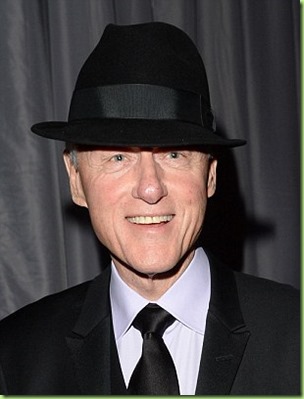 Anyway, for some reason they decided to give the award to Bill instead, the man who invented “Don’t Ask, Don’t Tell.”  Here he is getting ready to accept his award from Charlize Theron, who was, if I may say, smokin’ hot: 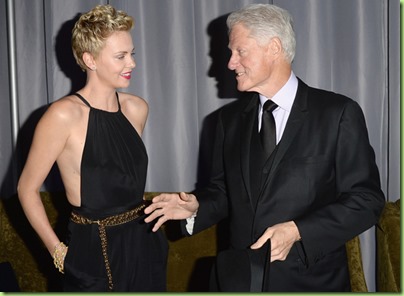 And he wasn’t the only Clinton there: 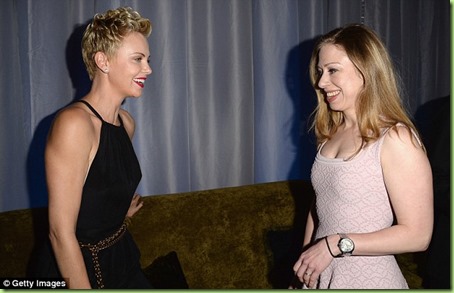 I guess it was a natural for Bill though: Slick Willy being one of the few 110% heterosexual horn-dogs attending an event that was packed with a bevy of Hollywood beauties who love to support these causes.

I’m not sure how often they have these awards, butt Madonna just attended one in New York in March. She went as a “boy scout” to present last month’s GLAAD Media award to Anderson Cooper: 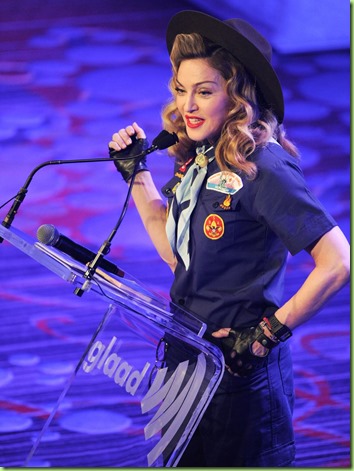 Madonna said at the time she was protesting the Boy Scouts ban on gay scouts and scout leaders, declaring they should “change their stupid rule.”

Before I address Madge’s concern, I do need to do a little fashion policing.There are two ways to wear things. Take a fedora for example; the right way on the left and the wrong way on the right: 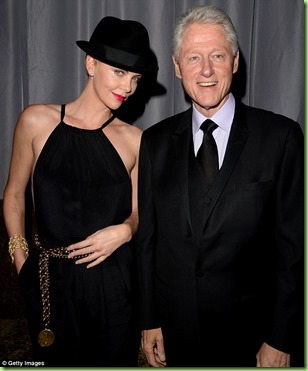 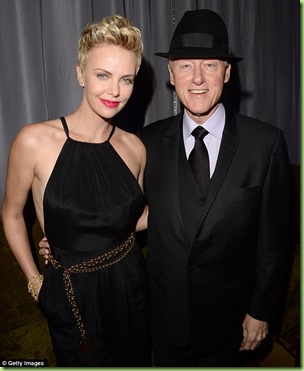 If you don’t want to look like a dork, you have to wear a hat, especially a fedora, with a certain panache, a slight tilt to the side. Like Leonard Cohen demonstrates: 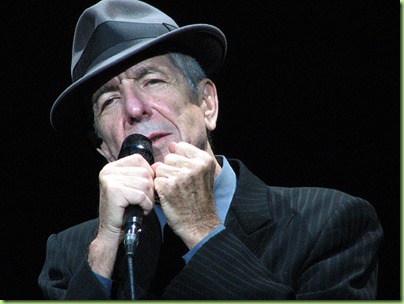 I would think Slick Willie, of all people, would know that.

Also, say you’re posing with a Boy Scout; there’s a proper and improper way to do that too. 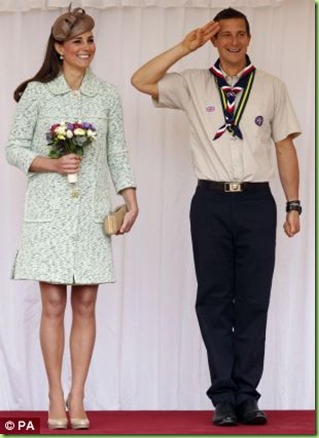 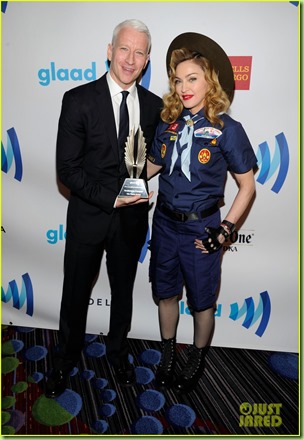 Anderson falls in the latter camp.

Butt getting back to Madonna’s question: – “land of the free, home of the brave?”   To answer that, I  refer you to that titan of the Democrat party, John Edwards. As he famously said, there are two Americas.

One America is full of sheeple; the cowed, the fearful, the non-brave: 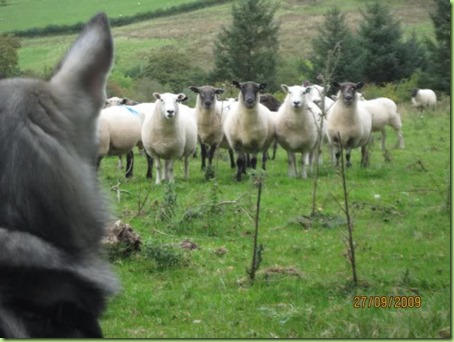 And one is filled with the free and the brave:

Danger! Danger! Run in to help! This of course is America #1

Unfortunately, America #2 always expects America #1 to make sure that they, too, can continue to enjoy the land of the free and the home of the brave without ever having to lift a finger to make it so. All the while complaining about what America #1 has to do to make it so for America #2. Odd, to say the least. 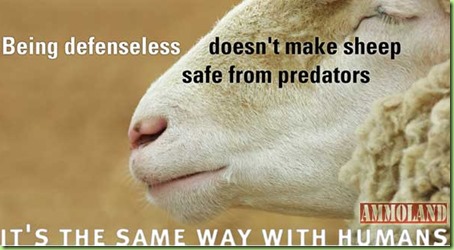 They put her next to Chelsea Clinton? Really? Why?

And Theron wonders why she can’t get pregnant. It’s the company you keep, honey!

Maybe his past is catching up to him. Be interesting to see if pieces start falling off the man.

Chels is getting a sh!tload of media exposure lately.

I'm not sure if she's going to run for office herself, or it's just part of the long MSM rampup for Hillary! 2016.

Got some real crappy jeans from her parents:

Hitlery is a bisexual weirdo