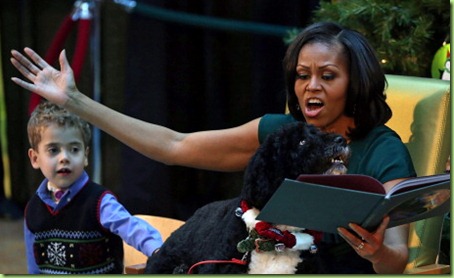 (snip)Lady M: still bravely declaring the right to bare arms against a rising tide of opposition

I know you’ve been following this controversy, and it (snip)has erupted over whether we should ban “assault rifles” and “high capacity magazines” specifically or hand guns in general. As you know our betters (most Democratic politicians and all of the talking heads) favor the latter, because, well, because it’s just “common sense,” right? The masses can never be trusted with guns(snip)

And now British ex-pat Piers Morgan is threatening to self-deport if America doesn’t outlaw the weapons that he finds offensive. Boy, talk about a Win-Win! 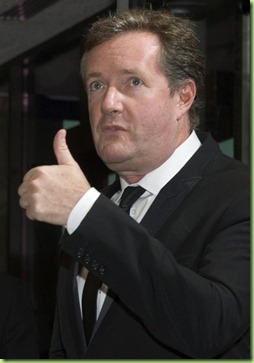 “I’m outta here, whether you beg me to stay or not.”

I don’t know where he’d go though, Britain doesn’t want him back. Plus, it’s not like Britain is exactly a haven of peace and tranquility these days either. Since the Brits got what American Libs can only dream of - a complete ban on handguns including “compulsory buyback” aka, confiscation, like Dianne Feinstein wants - look at what has happened(snip)

Is it too much to ask of liberals that they put their thinking caps on? What part of “if guns are outlawed, only outlaws will have guns” do they not understand. And why? 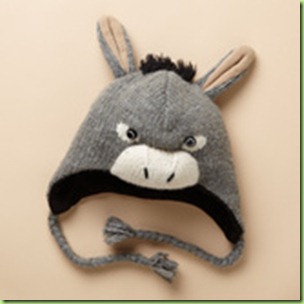 Oh well, at least Piers still has big friends in low places looking out for him. “Piers Morgan is threatening to self-deport”

Rather the Leftist Limey Lame Ass self teleportâ€”into the colon of a very large mammal with gastrointestinal issues where he can finally and truly be at home.

What’s his email address to support him in his effort to self deport? Maybe there should be a fundraiser established to help him and others do the same!

Gosh, Piers is practically as fat as Michael Moore. Yuck.

Maybe we should all send this loser Piers some bubble wrap so he can pack up his crap and get the hell out of OUR country.

Bravely bold Sir Morgan
Rode forth from Camelot.
He was not afraid to die,
Oh brave Sir Morgan.

He was not in the least bit scared
To be mashed into a pulp.
Or to have his eyes gouged out,
And his elbows broken.
To have his kneecaps split
And his body burned away,
And his limbs all hacked and mangled
Brave Sir Morgan.


His head smashed in
And his heart cut out
And his liver removed
And his bowls unplugged
And his nostrils raped
And his bottom burnt off
And his penis split...

"Maybe there's a fundraiser established to help him deport....."

Something I have initiated is ALREADY going on in another thread.

Write a brief appropriate message on the card that the penny is toward Piers Moron's air fare back to his Brit-Twit home...or CNN should pass the penny received on to charity if it (CNN) isn't inclined to put it in Piers' in-box.

Now, folks, be nice in your little billet-doux to the nitwork, heheh.

Some folks here pooh-poohed the petition to deport Piers. Well, petitions have no legal force as most of us know, but just look at all the attention the petition is receiving, including from old Pierzy hizzelf who's now in a public tizzy.

Loads of pennies received at the CNN building is certainly going to get EVERYONES' attention with the silent but pointed message it's conveying....to wit: "DON'T MESS WITH GUNOWNERS, YOU ANTI-CONSTITUTION MEDIA-HOS!"

Let's make Piers Moron the example while we have a golden opportunity to do so.

Address your envelope NOW...and get it into tomorrow's mail pick-up! My penny donation is already enclosed, sealed and ready to go!

This is a freep!