Since Alinsky works for us now, and I’m about to deploy one of his rules(snip) 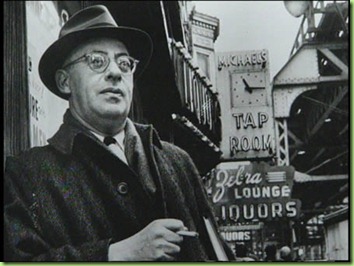 Always remember the first rule of power tactics: Power is not only what you have but what the enemy thinks you have.(snip)

The rule being deployed today is #4: “Make them live up to their own book of rules.” 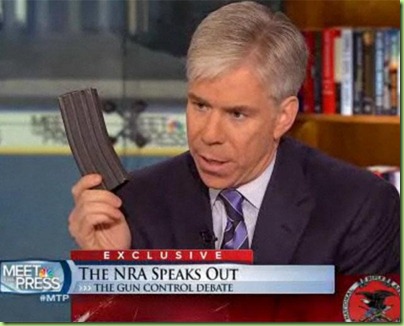 Q: When is a prop just a prop? 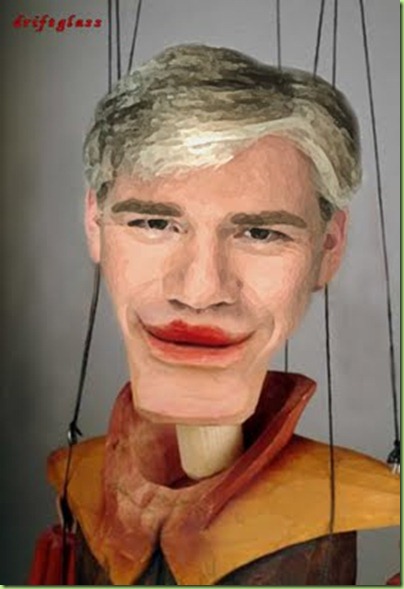 A: When it’s brandished by a talking head?

(snip)Certainly, if LaPierre had shown up with that magazine, there would be howls of gotcha, and widespread media demands for prosecution.(snip) 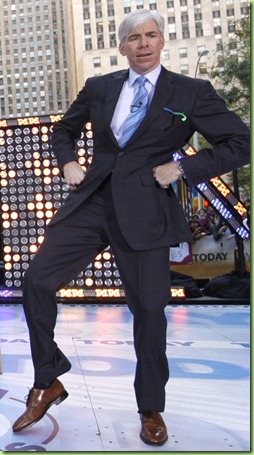 … the D.C. Metropolitan Police Department is on record that it told NBC News not to use the high capacity magazine in its segment with Wayne LaPierre, (snip)

David Gregory isn’t being investigated because he’s David Gregory; if he were anyone else, he’d already be in jail(snip)

And the fact that he ridiculed NRA president, Wayne LaPierre, for suggesting that we post armed guards in schools requires us to demand(snip)that the armed guards at the school David Gregory’s children attend (Sidwell’s) be disarmed as well. You know how our betters feel about hypocrisy(snip)...Continued 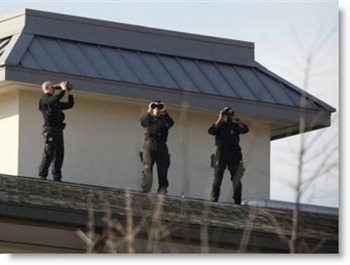 But to answer the rhetorical question: he's not in jail because he's advancing the administration's agenda.

Simple. The rules don’t apply to liberals. Never have, never will.

Here is the motto of every filthy, hypocritical, elitist PIG...

“Armed security for me and mine,
Gun-free zones for thee and thine.”

Repeat it often to all your liberal acquaintances.

I think because he made calls to get permission and was told it would be OK if it was an EMPTY clip.

Some say that still wasn’t OK, but I don’t know if that was true, do you for a fact?

but he is of the PRIVELEDGED CLASS, sort of like Hitlers groupies in those days. Vermin don’t need guns/s

I am sure there are a number of very lonely and amorous prisoners asking the same question,

Office of the Attorney General

Just being the devils advocate.

Its certainly not worth wasting my time on to further impose liberal doctrine on the guy.

Too many conservatives seems to find it increasingly easy to step from one ideology to another when it suits their immediate purposes.

13 posted on 12/27/2012 7:55:28 AM PST by cripplecreek (REMEMBER THE RIVER RAISIN!)
[ Post Reply | Private Reply | To 6 | View Replies]
To: NOBO2012
For years reporters have been illegally buying, modifying, and brandishing firearms, for use as props in their newsless-news shows. Nobody ever calls them on it.

Its funny watching the DC cops backtracking on their original statement and the ATF jumping in to give Gregory the okay, all falling over themselves to defy any wrongdoing by the media.

I guess if you work for the administrations and its goals you are above the law. Discouraging.

The ATF can kill Randy Weaver’s wife and son over a shotgun a quarter of an inch short, but Gregory gets a pass.

Agitpropagandist who works for the socialists to advance an agenda. Is immune from law.

Bastiat talked about the David Gregorys of his day...

The Influence of Socialist Writers
How did politicians ever come to believe this weird idea that the law could be made to produce what it does not contain — the wealth, science, and religion that, in a positive sense, constitute prosperity? Is it due to the influence of our modern writers on public affairs?

Present-day writers — especially those of the socialist school of thought — base their various theories upon one common hypothesis: They divide mankind into two parts. People in general — with the exception of the writer himself — form the first group. The writer, all alone, forms the second and most important group. Surely this is the weirdest and most conceited notion that ever entered a human brain!

In fact, these writers on public affairs begin by supposing that people have within themselves no means of discernment; no motivation to action. The writers assume that people are inert matter, passive particles, motionless atoms, at best a kind of vegetation indifferent to its own manner of existence. They assume that people are susceptible to being shaped — by the will and hand of another person — into an infinite variety of forms, more or less symmetrical, artistic, and perfected. Moreover, not one of these writers on governmental affairs hesitates to imagine that he himself — under the title of organizer, discoverer, legislator, or founder — is this will and hand, this universal motivating force, this creative power whose sublime mission is to mold these scattered materials — persons — into a society.

These socialist writers look upon people in the same manner that the gardener views his trees. Just as the gardener capriciously shapes the trees into pyramids, parasols, cubes, vases, fans, and other forms, just so does the socialist writer whimsically shape human beings into groups, series, centers, sub-centers, honeycombs, labor-corps, and other variations. And just as the gardener needs axes, pruning hooks, saws, and shears to shape his trees, just so does the socialist writer need the force that he can find only in law to shape human beings. For this purpose, he devises tariff laws, tax laws, relief laws, and school laws.

The Socialists Wish to Play God
Socialists look upon people as raw material to be formed into social combinations...

...It is no wonder that the writers of the nineteenth century look upon society as an artificial creation of the legislator’s genius. This idea — the fruit of classical education — has taken possession of all the intellectuals and famous writers of our country. To these intellectuals and writers, the relationship between persons and the legislator appears to be the same as the relationship between the clay and the potter.

Moreover, even where they have consented to recognize a principle of action in the heart of man — and a principle of discernment in man’s intellect — they have considered these gifts from God to be fatal gifts. They have thought that persons, under the impulse of these two gifts, would fatally tend to ruin themselves. They assume that if the legislators left persons free to follow their own inclinations, they would arrive at atheism instead of religion, ignorance instead of knowledge, poverty instead of production and exchange.

The Socialists Despise Mankind
According to these writers, it is indeed fortunate that Heaven has bestowed upon certain men — governors and legislators — the exact opposite inclinations, not only for their own sake but also for the sake of the rest of the world! While mankind tends toward evil, the legislators yearn for good; while mankind advances toward darkness, the legislators aspire for enlightenment; while mankind is drawn toward vice, the legislators are attracted toward virtue. Since they have decided that this is the true state of affairs, they then demand the use of force in order to substitute their own inclinations for those of the human race.

Open at random any book on philosophy, politics, or history, and you will probably see how deeply rooted in our country is this idea — the child of classical studies, the mother of socialism. In all of them, you will probably find this idea that mankind is merely inert matter, receiving life, organization, morality, and prosperity from the power of the state. And even worse, it will be stated that mankind tends toward degeneration, and is stopped from this downward course only by the mysterious hand of the legislator. Conventional classical thought everywhere says that behind passive society there is a concealed power called law or legislator (or called by some other terminology that designates some unnamed person or persons of undisputed influence and authority) which moves, controls, benefits, and improves mankind.

Probable Cause?? Reasonable Suspicion?? seems to me that they are both SATISFIED IN SPADES. ARREST the Criminal, and let’s not forget when he is charged that He was given a Direct Order from the Chief of Police that He COULD NOT DO THIS and it WAS A CRIME. He Willfully, Knowingly, and Deliberately thumbed his nose at the LAW he so endears.

What the uninformed public doesn’t know, according to the Congressional Record:

Isn't this their line of reasoning in their current argument?

So by their own argument - their own admission . . . he should be prosecuted fully.

This stunt has simply acted to prove how misguided and impossible their arguments are. THANK YOU David Gregory. You tool.