On the last day of this year’s Thanksgiving holiday, we are going to focus on a few more things that the Wons and their constituents have to be truly thankful for this year.

Number one on the list of heretofore unmentioned blessings is Rush Limbaugh. Apparently without him Big Guy never would have WON!

Let’s start with the charge made by Steve-Sarah-Palin-made-McCain-lose-not-our-crappy-campaign-Schmidt: on Meet the Press two weeks ago he named Rush as this year’s scapegoat. He explained how the lovable little fluff ball was responsible for undermining the Romney campaign strategy developed by himself and fellow Big Brained consultant Mike Murphy. That would be the time honored “prevent defense” strategy proven again and again to all butt guarantee a loss. 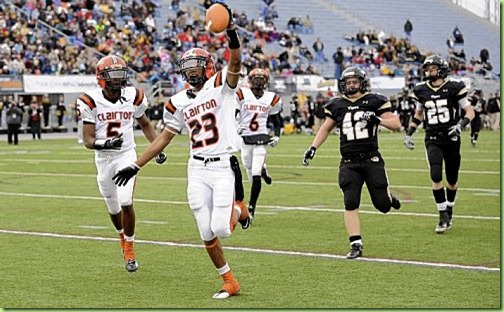 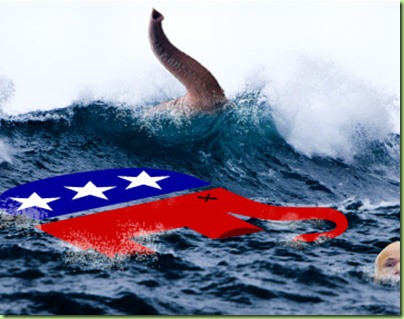 (snip)Never a man to mince his words, Mr. Caddell went on to identify the media as the “enemy of the people” that needed to be dealt with and suggested that the Republican “consultant-lobbyist-establishment complex” needed to be “eviscerated.”

(snip) Which brings me to my last thing to put in this year’s big bucket of things to be thankful for: Oliver Stone’s Untold History of the United States, a 10 part revisionist U.S. history series (snip)

Schmidt is as bad as his buddy, Barry Benghazi. Always looking for someone else to blame THEIR failures on. They are both losers of the worse kind.

Anyone that remains associated with the party that has made these morons rich ... are enablers..

Romney hired Schmidt, we didn’t. Even though many of us didn’t support Romney in the primaries, we donated and voted for him. Anyone who hires Schmidt in the future is an idiot candidate. They didn’t really want the Tea Party support. No Tea Party Express, nothing at the Convention, nada, zip, zero . . . and now they blame the Tea Party & Rush. geez.

And then there are the sheeple who voted for O.

Lose Lose proposition. Given the circumstances.

My head is so confused with all of the BS from this election season.

And then the next guy in the receiving line tells prospective candidate the exact same thing.

And then prospective candidate spends the next 24 hours cleaning the sh!t out of his pants, firing SchmEdRollMikMurph, and then phoning acceptable campaign consultants...

Why would anyone regard Schmidt with any kind of respect after he sandbagged Palin?

That IS Romney’s fault -that he would even consider the advise of this guy.

To the best of my recollection, Schmidt didn’t work on Romney’s campaign. He was the loser that ran McCain’s bigger loser of a campaign. Romney’s team was much better IMO, but still infected with the same insidious moderate thinking.

What BS. The Rinos sold us out.

9 posted on 11/25/2012 9:13:31 AM PST by freekitty (Give me back my conservative vote; then find me a real conservative to vote for)
[ Post Reply | Private Reply | To 1 | View Replies]
To: Qwackertoo; NOBO2012
Lose Lose proposition.
Given the circumstances.
YHEA... anyone who hires GOP Consultant *snicker* Steve Schmidt...

(Sarah-Palin-made-McCain-lose-not-our-crappy-campaign)
deserves to lose badly, He's the best thing a 'RAT candidate could hope for...

Just yesterday I was thing about this guy, and Nicole Wallace, the female version of him who torpedoed Palin - and how neither of them played a role in this past election. I occurred to me that was only fair, you screw up once, you have a time out coming..or something

But now I see there is a role for him to play after all...the guy who comes around after the game is over telling everyone who’s to blame and how he could have done better.

See, he’s only got 3 years to get out of the penalty box and lined up with a RINO candidate for 2016, no time to waste.

Schmidt is one of the DemocRATS’ secret weapons.

If it weren’t for Rush, the Tea Party, and conservative talking heads, Romney would not have gotten any votes at all.

That being said this story about Rush, will be almost all, Rush will talk about for three hours tomorrow, and a rehash of all the stories about Rush last week.

He sure backed a winner in 2003 here in the Recall.. ahnold.

Governor Romney looked like a very decent, capable fellow.
He ran an awful campaign, basically giving away every advantage he had. He never even raised most of O’s most obvious weak points (economy, foreign policy, gas prices, qualification for office, you name it —Romney was almost completely silent!!!!). What kind of a campaign is that!?

Romney didn’t spend most of his time praising his wonderful opponent like McCain “The Enabler” did. Thank Heaven for that! But, Romney almost never attacked his opponent’s vulnerabilities, either. “Hey, I’m a decent enough fellow. You can vote for me if you happen to care to?” is NOT an effective campaign message. NOT NOT NOT!

The so-called experts who so advised Governor Romney should all be fired! Keep them around and Obama will win a third term (yes, I know, but he isn’t qualified for the office either and he’s in there....nobody pays any attention to the Constitution any more...just watch, O will win in 2016, or if you prefer then Michelle will win in 2016, or.. the best of the lot: Bo the dog will win in 2016 — if he’s not eaten first, of course)

GET RID OF WIMPY campaign advisors!!!!!!!
Give them some free food stamps and a free ObamaPhone with their pink slips, but get RID of them NOW!

Then Rush listed all the failed campaigns of POS Schmidt! GTFO Schmidt you loser!

Let’s see .... blaming Rush Limbaugh and the Tea Party for the non-election of a candidate who they never wanted in the first place. Yeah, that’s a logical argument.....

Expecting voters to know what’s going on and their reliance on MSM is just part of our great loss. While there are examples of fraud which may close up the gap, the gap is too big to blame the loss on fraud ...Expecting GOP E’s to address media bias or get Romney to call Obama a congenital liar is where guys loke Schmidt and Rove come in Or even point out that the fact and figures released by the white house were allways questionable is another Let alone call him a “socialist”.. But the fault lies really in the messaging these clowns suggested. A campaign that came up short.Choking on political correctness parameters or triping over past positions on global warming and Romneycare.Both of which were bread and butter issues. .Then busy responding to pseudo positions devised by the demo-com party and echoed by their hand maiden camp followers in the media allowing them to set the agenda ..

They failed to hammer away on what will happen when Obama gets returned; The Obama past due 2013/14 Tax Increases. The impact of Obama’s gagging energy.resources.(a socialist construct never branded as such) with policies requiring reliance on intermittent sources wind and solar and that resulting in massive corruption .,restricted use of drilling, and coal ,bans and on fracking, and resulting prices doubling on everything.. This was a bread and butter issue which reached into every “demographics” pocketbook including accepting the demo-com definition of hyphenated African-Hispanic -Americans . .The impact of Supreme Court Appointments.. 18,000 new IRS agents and on and on. . Some were very briefly touched most weren’t and Benghazi/ foreign policy was left to languish. Then there is Obama’s personal extravagance and behavior refusing to visit Nashville after its disaster showing up at New Orleans after Mitt visited it. Even after the Christi thing if that was brought up it would have blunted the impact.

Instead we got a sales pitch on executive ability but not the reason why one should toss the old model and buy his. That print and tv pitch , 20 million new jobs, was given a discrarded dose of skepticism .

In addition Rove who I understand was handling the Charter PAC senate campaign played games. His material never warned voters that IF OBAMA GETS RE-ELECTED AND SENATE CONTROL REMAINED . .. OBAMACARE AND ALL THE TAX INCREASES THAT GO WITH IT WILL NEVER GET REPEALED Let alone tie into or cover the formentioned grape shot which would have perhaps changed that body. I don’t recall any of that material directed toward that fact.

Finally they didn’t believe the polls which turned out were dead on. Even going as far as setting up focus groups which could have looked into what’s going on . Even to the point of going out to local eateries and bars and eavesdrop into conversations and pick up on topics being discussed.(chat rooms twitter too contrived) They would have learned their turnout projections were off and the sence of urgency to get out the vote was diminished by their glowing projections and disbelief never mind ORCA which should have been tested. COMPLACENCY WAS ENCOURAGED BY THE MEDIA AND NOT COUNTER ACTED UPON