Oh, just a @TIME magazine columnist fabricating quotes and attributing them to the President.... 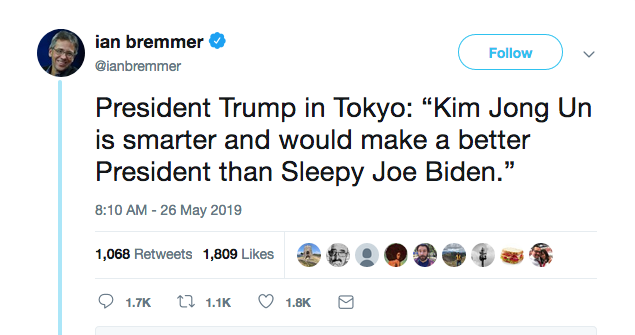 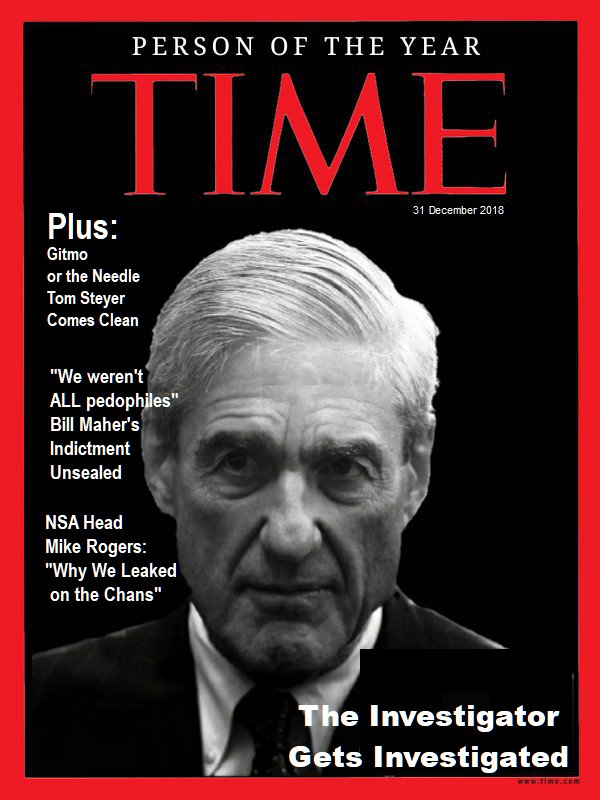 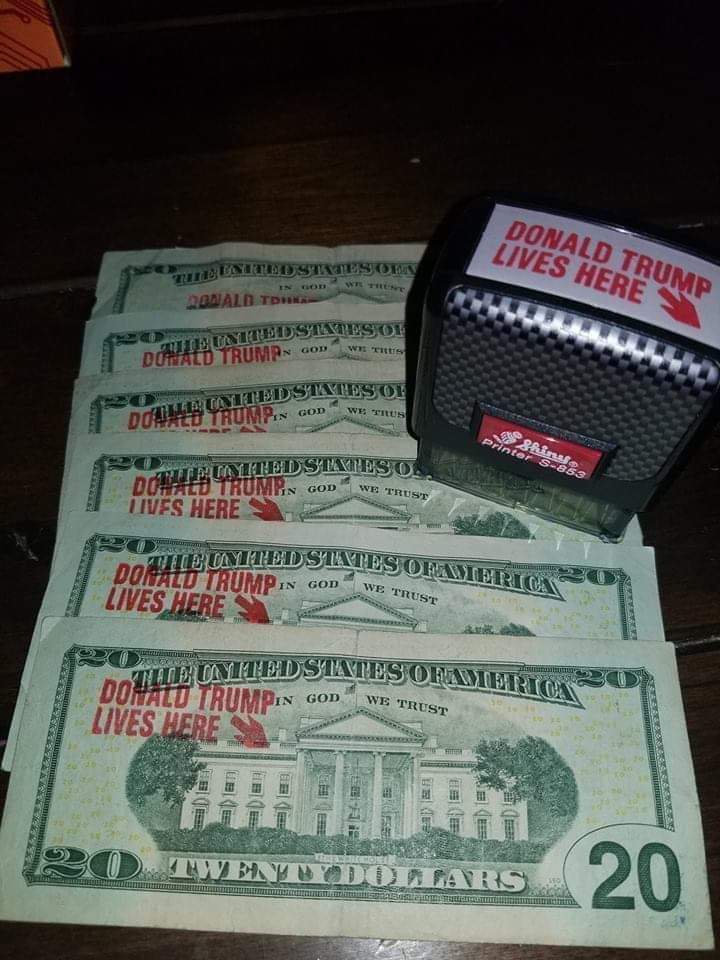 That’s beautiful. Thanks for posting.

Why Do They Lie to You?
DECLASSIFIED - The Epoch Times

185 posted on 05/26/2019 8:55:42 PM PDT by bitt (I donate all my chips to erecting electric bleachers in Gitmo!)
[ Post Reply | Private Reply | To 182 | View Replies]
To: little jeremiah
They are private companies but pretending that they are not censoring politically.

They Legally, they can be a platform or a publisher. If they edit or censor content, other than for breaking the law, they're a publisher and open to libel suits.

For some reason, we can’t post this on the forum so I hope this doesn’t double post,....

Just How Many Other Trump Campaign Members Were Targets of FISA Court Investigations?

The Foreign Intelligence Surveillance Act [FISA] and the court created to oversee it’s implementation are going to be in the news quite a bit in the upcoming weeks. This is because the FISA Court plays a central role in the ongoing SpyGate scandal, which is only the biggest political scandal in the entire history of the United States, dwarfing even the Nixon Watergate scandal.

Representative Sheila Jackson-Lee helpfully revealed this during her questioning of former Attorney General Loretta Lynch in a closed-door hearing of the House Judiciary Committee back on December 19, 2018.

While questioning Lynch, Rep. Jackson-Lee made the following assertion:

“I want to talk about the spring, summer, and autumn of 2016. Carter Page, at the time, was suspected of being a Russian asset; George Papadopoulos had told the Australian ambassador that Russians had Hillary [Clinton] emails; Paul Manafort had been named Trump campaign manager; Michael Flynn was Trump’s chief national security adviser and foreign policy adviser and, just yesterday, had a continuance in his sentencing,” Jackson Lee said. “One thing that all of these persons had in common was that each was the subject of a FISA Court investigation, which we now know, and all were directly connected to Trump. As attorney general, you had the authority to oversee FISA application process. Is that correct?”

Lynch replied “yes,” after which Justice Department lawyer Bradley Weinsheimer cut in to say Jackson Lee’s question “potentially gets into possibly classified information and also equities in an ongoing investigation.”

The fact that the DOJ lawyer there to observe Lynch’s testimony at this closed door hearing instantly leaped to try to end this line of questioning by Jackson-Lee is revealing.

While there never were any charges filed against Carter Page, and it appears there are no ongoing investigations of him—and that Paul Manafort and Papadopoulos are likewise not involved in any ongoing matters—it’s become clear in recent weeks that Lt. General Michael Flynn is still cooperating in at least two ongoing cases at the Department of Justice, both of which clearly involve illegal foreign lobbying and lying to government investigators.

Daily Caller reporter Chuck Ross wondered on his Twitter who it could possibly be who’s identity is still redacted in a recent Flynn case filing.

“Wondering whose name is behind the black box in the less-redacted Michael Flynn court filing.”

The section of the new filing that Ross screenshotted for his tweet states:

“The defendant [Flynn] has provided substantial assistance in a criminal investigation of Bijan Rafiekian, Ekim Alptekin [name redacted] being conducted by the U.S. Attorney’s Office for the Eastern District of Virginia [“EDVA”] and the DOJ National Security Division [“NSD”] for violating the Foreign Agents Registration Act [“FARA”], acting as agents of a foreign government without notifying the Attorney General [18 U.S.C. 951] and making materially false statements to the federal government [18 U.S.C. 1001].”

So one of the reasons DOJ lawyer Bradley Weinsheimer was so quick to try to cut off this line of questioning was to protect ongoing cases still being investigated that involve General Flynn.

There is another reason, however, that Weinsheimer wanted to get Jackson-Lee off this subject as quickly as possible: since the news about the FISA warrant on Carter Page broke back in April of 2017, there has been furious speculation about whether there were other FISA warrants issued by the court on any other persons associated with the 2016 Trump campaign.

For almost two years now there’s been no official acknowledgment that there were any other FISA warrants issued targeting Trump campaign personnel.

All of the real reporters and researchers digging into SpyGate have seen some evidence that there was a whole lot more than just one single FISA warrant on Carter Page, but much of that evidence was indirect and circumstantial. No DOJ or FBI or Intelligence official would publicly state anything that would verify the existence of any such warrants.

Papadopoulos has been claiming for months that he was the subject of a FISA warrant, both on his personal Twitter account and in numerous media interviews. As with Carter Page, Papadopoulos would have no direct knowledge of this, as the government does not inform people it is spying on that they are, you know, spying on them. But the former Trump campaign adviser says he has plenty of evidence he’s seen that he was put under U.S. intelligence agency surveillance during the election campaign.

While news of the Carter Page FISA warrant became public back in April of 2017, and was renewed for the last time by then-Deputy Attorney General Rod Rosenstein two months later in June, any public admission of there being FISA warrants for other Trump campaign-related persons has been never been made by any law enforcement or intelligence official. Ever.

Then this transcript gets released on Monday, and it contains Jackson Lee stating as a fact that she knows FOUR people in the Trump campaign were the subjects of FISA Court investigations:

Carter Page
Paul Manafort
George Papadopoulos
Lt. Gen. Michael Flynn
This admission coupled with the fact that President Trump just gave Attorney General William Barr the delegated authority to declassify FISA-related documents as a part of his investigation into surveillance of the 2016 Trump Presidential campaign, I believe any existing FISA Court warrants besides the Carter Page warrant that the SpyGate plotters have managed to keep successfully submerged from public view are going to soon be exposed.

Back during his testimony to Congress on April 9, Barr stated that DOJ Inspector General Michael Horowitz’s long anticipated report on his investigation into the FISA Court activities involving the Trump campaign should be ready for public release in “May or June”.

It is now May 24, which means the release of Horowitz’s report is closer than ever. The only question is which comes first: the declassification by Barr of the first batch of FISA surveillance documents, or the Horowitz report?

Brian Cates is a writer based in South Texas and author of “Nobody Asked For My Opinion … But Here It Is Anyway!” He can be reached on Twitter at @drawandstrike.

LJ, thanks for posting this !!

Even then the word order is wrong. French is a post-fix language meaning the adjective comes after the noun modified. There are a few exceptions that radically change the meaning of the phrase. For ecample, grande dame means "great lady" while dame grande means "large lady". It is VERY impolite to confuse the two.

I'm thinking this is a bad Photoshop. 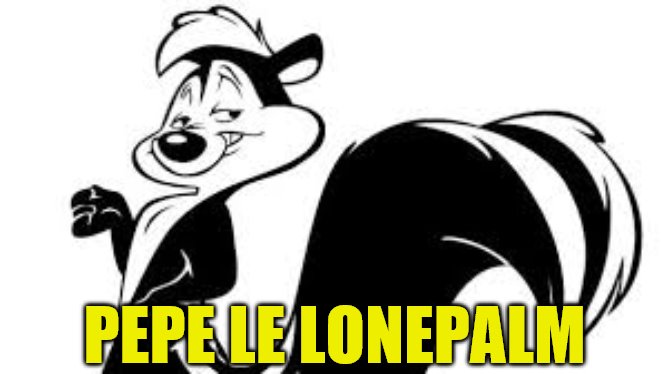 Or a good photoshop.