It is said that the one question about men and women that even the great Sigmund Freud, father of psychoanalysis, could not answer was: What do women want?

Whether or not Freud actually admitted his ignorance on this question is irrelevant. The very popularity of the anecdote testifies to one incontrovertible fact: A lot of men don’t know the answer.

It is probably fair to say that a lot of women also don’t know the answer. If they did, all they would have to do is tell men. That would solve the riddle — and make most men and women very happy.

So, to the extent that this is a great riddle, it is so because most members of both sexes seem not to know the answer.

Adding support to the widespread belief that what women want is close to unknowable is the underlying presumption that just about everybody knows what men want.

The number of Internet jokes that portray women’s wants as complex and men’s as simple is a testament to how widespread these assumptions about the two sexes are. Three examples illustrate this:

The first example is the one that begins: “HOW TO IMPRESS A WOMAN.” Listed beneath that heading is this: “Compliment her, respect her, honor her, cuddle her, kiss her, caress her, love her, stroke her, tease her, comfort her, protect her, hug her, hold her, spend money on her, wine and dine her, buy things for her, listen to her, care for her, stand by her, support her, hold her, go to the ends of the Earth for her.”

That long list is followed by: “HOW TO IMPRESS A MAN.” And listed beneath is this: “Show up naked. Bring food.”

The second Internet example: “Q: What is the difference between men and women? A: A woman wants one man to satisfy her every need. A man wants every woman to satisfy his one need.”

As with most generalizations, there is much truth to these. Nevertheless, I take issue with both presumptions: that what women want is a riddle that would stump the Sphinx and that what men want is so easy it could be written on the back of a postage stamp.

In fact, I believe that both are relatively simple to answer (though neither is simple to achieve).

What does a man most want? Answer: He most wants to be admired by the woman he loves.

One proof is that the most devastating thing a woman can do to her man is to hold him in contempt. That is so devastating to a marriage that, over time, it is often more toxic than an affair. I am fairly certain that more marriages survive an affair, as difficult as that is, than contempt. Of course, this goes in both directions, but when a woman shows contempt toward her man, his very manhood is called into question.

My father and mother were married 69 years. As my brother and I have heard countless times, “She put me on a pedestal” was the quality my father most often cited in describing what a wonderful wife my mother was. She admired him, and to him that was everything. On the other hand, in describing her love for my father over all those years, my mother never once said, “He put me on a pedestal” (despite the fact that he constantly praised her). Rather, she always spoke of what a “great man” he was, how “brilliant,” etc. Of course, this is just one example, but I think it applies to the majority of men and women.

The obvious upshot of this thesis is that in order to gain a woman’s love a man must make — and keep — himself admirable.

Boys know this instinctively. Studies that have observed boys and young men reveal how much harder they work at anything — sports come immediately to mind — when they know girls are watching them.

That is why many single men in our society (often erroneously but understandably) place so much emphasis on what car they drive: They want to impress women. Yet, men couldn’t care less what car a woman drives. In fact, for most men a woman arriving on a first date in a relatively inexpensive car renders her more desirable than if she showed up in an expensive luxury car — unless the man is looking to be supported by a woman. But few women are attracted to a man they know in advance they will have to support.

So, although the Internet jokes are right about men wanting sex, it isn’t sex men most want from their woman. They want to be admired — and sex is one manifestation of a woman’s admiration for her man. When a man is regularly denied sex, in his eyes that means that his wife does not hold him in high esteem. Worse, he actually feels humiliated as a man. That, not the sex per se, is why regular denial devastates a man.

That is the subject of the next column.

But here’s a hint. If we begin with the assumption that men and women are made to bond with one another, what she most wants must be in some way related to what he most wants.

How you doing, Greta?

All humor aside, I believe this is absolutely correct for most men.

I think to a great extent this is true. Tell him thanks for being a great provider, for taking such good care of the family, etc. That’s easy for me to say because my guy is all of those things and has been our whole marriage (coming up on 36 years).

Works for me. I’ll never get a man’s heart through his stomach. I’m going for the liver. 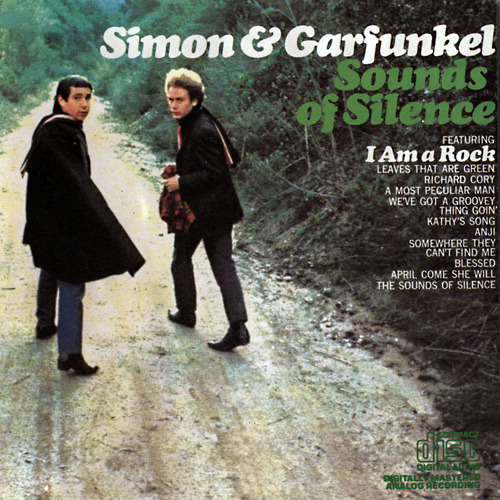 There is an old joke about the way men and women communicate.
Take a STOP sign. Obviously designed by a man. Bright red, one word, capital letters. Couldn’t be more clear.
If a woman had designed it it would say, “If you really loved and understood me, you would know what it is that I want you to do right now.”

A man is better off living in the corner of a hot tin roof than with a scornful woman.

What do men want? It ain’t love. It’s respect.

I agree. If she admires him, then all the other stuff will follow. If your women has contempt for you, it's a sign that it's time to move on.

Good stuff. Wives MUST resist any temptation to demean their honorable husband. And women should NEVER marry a dishonorable man.

For most men, the ugliest trait in a woman is she who publicly degrades & derides her spouse.

For most women, the ugliest trait in a man is he who thinks only of himself.

I quite agree. Which is why I find it so interesting that so much of modern entertainment puts forward the notion that it’s a wife’s duty to make sure her husband knows she holds him in mild contempt.

Rather an elderly joke, at this point in time.

If the American family had stuck to those standards, our society would be in better shape. Guaranteed.