The intent of the list is to illustrate the futility of the multicultural approach to Islam. Sharia law demands submission not only from Muslims, but from non-Muslims as well. This makes respectful coexistence nearly impossible with Muslims in Infidel lands. The examples below serve as reminder that submitting to one complaint or another only emboldens Muslims to seek to further their ultimate goal of establishing sharia.

The West needs to come to grips with this fact and start standing up for our God-given rights of free speech, free expression and freedom of religion, lest we surrender those rights to a theocratic movement bent on removing our Constitutional freedoms that we hold dear. In this case, our tolerance will lead to intolerance.

The English Flag being flown in England, as well as St. George Pins, worn by Englishmen in England, Austrian flag, Soccer Ball with Saudi Flag, Stepping on Makeshift Hamas and Hezbollah Flags, Ref's whistle with the Swiss Cross, The Israeli Flag, and of course...the American Flag.

The existence of Israel, The reality of the holocaust, Holocaust Day (UK), Teaching of the Holocaust, Annapolis Peace Talks, A Rabbi speaking at an Islamic University, An Israeli Vodka Bottle with a Picture of Jerusalem, Paper cups that were made in Israel, luggage from Israel, an Israeli soccer team, The Torah scrolls at Hebron, Tennis Star Shahar Peer, the Israeli Taekwondo team.

lol ... I hate sporks too, especially the cheap plastic ones!

Which leads me to a question, why on a plane do the customers in coach get a weak butter knife when the 9-11 hijackers sat in first class where diners are provided steak knives?

You forgot the ones who are BLACK on the RIGHT side! (really obscure Star Trek reference (OLD SCHOOL sheesh!))

Achmed is ok by me. He’s dead already, but did just get his flu shot so yea!

Number 1 on the list of things that offend Muslims:

I remember. One of better TOS episodes.

Oh, I gotta bump this. 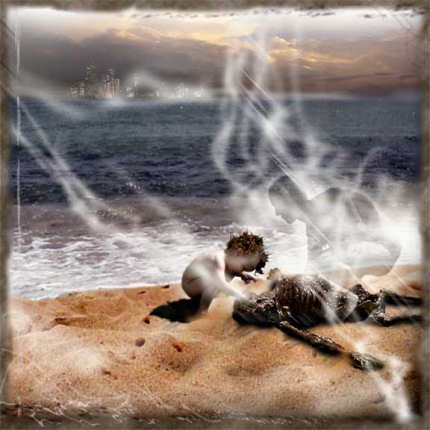 58 posted on 06/11/2010 3:53:35 PM PDT by Sloth (Civil disobedience? I'm afraid only the uncivil kind is going to cut it this time.)
[ Post Reply | Private Reply | To 42 | View Replies]
To: RC one; Deb
You are engaging in the good muslim bad muslim fallacy. That kind of thinking leads to appeasement and ruin.

There's nothing good about being indiscriminate (unless, like God, you're willing to do the equivalent of making the sun shine and the rain fall on both the good and the bad) or having a lack of discernment (though it's much easier). It's usually the lack of discrimination or inability (or lack of desire) to discern differences that leads to appeasement and ruin.

You're correct. The headline should be changed to: " THINGS THAT DRIVE 97% OF MUSLIMS TO MURDEROUS, BEHEADING FURY"

There are lots of Muslims who don't follow everything in the Koran literally, just as a majority of those calling themselves Christians fail to follow the basic Christian teachings of both the New Testament and their respective churches. These Muslims and these Christians are basically the same in wanting to have a sense of religion without having it interfere with their lives too much. They want to raise their families, provide a living for themselves, and not have too much drama in their lives.

A few Muslims (few relative to the entire population calling itself Muslim) take an extreme, literal reading of the Koran's call to war against any and everything outside Islam. A few people calling themselves Christian, take an extreme, literal reading of Jesus's call to go into the whole world to preach the Gospel and wind up getting put to death in places like Saudi Arabia, Yemen, and China. This isn't to say that Islam and Christianity are similar but that people throughout the world and throughout time are similar, differences in education and material wealth notwithstanding. There are a few that are very good and a few that are very bad and the rest are swayed back and forth depending upon which group is in ascendency (Edmund Burke made that observation). The same is true of nations and their organizing principles: the U.S. is way, WAY over to one side of the Bell curve both historically and in the present-day world.

*I know someone from England who was afraid to come to Chicago to visit her husband (they got separated into different refugee camps following the genocide in Rwanda) because all the news programs there are constantly talking about how horribly dangerous the United States is, leading them to believe there are gang shootouts on almost every corner.

They have no faith. They are insecure and feed off of it.