GENETICALLY modified mosquitoes that were designed by scientists to help populations decrease are actually thriving.

This is according to new research that claims the plan to create gene-hacked mosquitoes that have offspring which die immediately has spectacularly backfired and now scientists don't know what will happen next.

he modified mosquitoes were released in Jacobina in Brazil and were supposed to mix with the local population and decrease numbers with their weak offspring genetics.

Although the wild population did plummet for a short while, 18 months later it was right back up again.

This is mostly concerning because scientists think the new 'super mosquitoes' have properties that might make them harder to kill.

Research about the pests has been published in the journal Nature Scientific Reports.

Mosquitoes like the Aedes aegypti variety that was edited can carry dangerous diseases like yellow fever, Zika virus and Malaria.

This is why efforts are being made to reduce their numbers.

However, now traces of the genetically modified genes have been found in the natural population.

This means they are successfully interbreeding.

The researchers concluded: "It is unclear how this may affect disease transmission or affect other efforts to control these dangerous vectors."

The offspring of the gene-hacked mosquitoes and the natural ones are thought to be more robust but whether they pose a threat is unknown.

Researcher Jeffrey Powell told News Atlas: "It is the unanticipated outcome that is concerning."

Oxitec, the British biotech company running the project, assured members of the public that this negative result would not happen.

It then released 450,000 genetically mutated mosquitoes into the wild where interbreeding caused the spread of the mutated genes because the offspring failed to die.

Oxitec disagrees with some of the information published in the research paper about its experiment and is said to be working with Nature Research publishers to make changes. 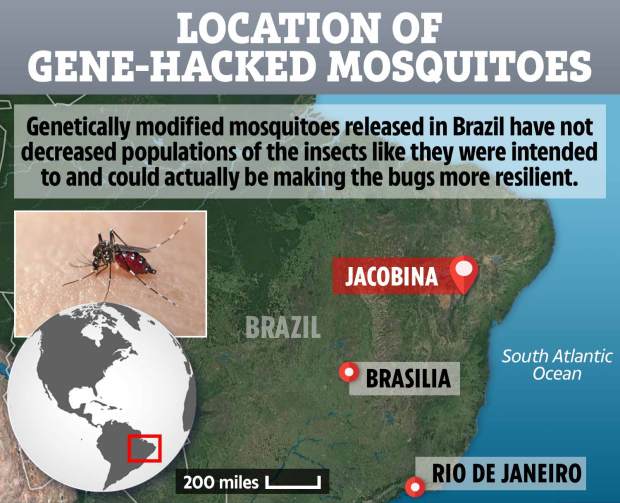 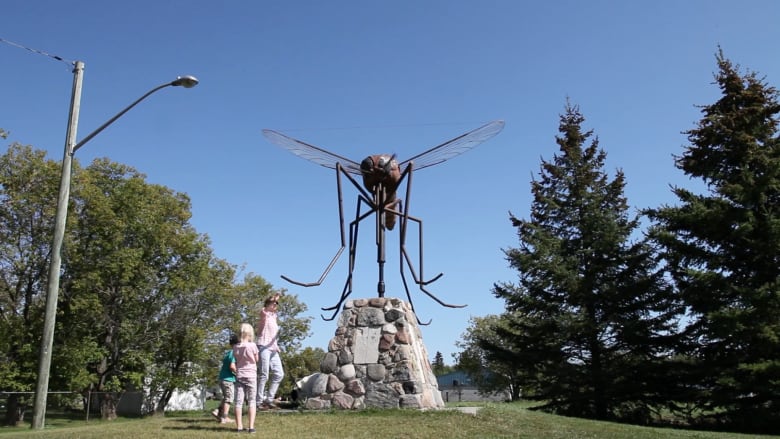 Remember the honey bee breeding program that started in Brazil and led to the explosion of angry critters known as Africanized Bees.

Wait until the geneticists start customizing the human genome.    /#dread

Well, at least they can finally stop saying Brazillians haven’t invented anything

I seriously doubt if it was an accident. They created the AIDS virus and then sent it to Africa and then told the public that the AIDS virus was created when a man screwed a monkey.

Oxitech should pay at least a million dollar fine.

Then there is the epigenetic factor, where genes either become inactive or become active only when some external factor causes them to “turn on” or “turn off”.

In short, geneticists do not know everything about the genes they study.

I immediately thought of a 50’s Sci-Fi flick.

“Although the wild population did plummet for a short while, 18 months later it was right back up again. “

This was a predictable effect.

You release a genetic weakness into the population, and that so-called weakness does not eliminate 100% of the effected population, then what you have effectively done is caused the entire population to overcome that weakness. Not by some effort of will or deliberate intent, but by merely surviving it. Those who survive the added genetic weakness are those whose genes were best suited to utilize the changes.

Oh, and then there are the side effect, otherwise known as “unintended consequences”

Genetically modified. What could go wrong?

18 posted on 09/18/2019 8:08:25 AM PDT by N. Theknow (Kennedys-Can't drive, can't ski, can't fly, can't skipper a boat-But they know what's best for you.)
[ Post Reply | Private Reply | To 4 | View Replies]
To: Red Badger
I know this thing about random variation and natural selection is deprecated among a certain set of the FR community, but here we have it in spades. Except in this case it was a deliberate variation, but we forgot that life is very very very very complex, and if you believe in evolution, then to get where we are today, life had to develop to adapt to, survive, and be strengthened by anything mother nature threw its way. So we try throwing something its way and we think we know how it will turn out.

Yet we are still discovering bizarre life forms in all kinds of bizarre environments where we figured life could not possibly survive.

Seems scientists are always having these “accidents”.