Cairo, December 2nd, 2009 – Egypt’s leading Egyptologist, Dr Zahi Hawass, has revealed that an excavation team under his charge are investigating an ancient tomb at the centre of claims regarding the alleged discovery of a cave underworld beneath the Pyramids of Giza.

In August British writer and explorer Andrew Collins announced that he had rediscovered the entrance to a previously unexplored cave system, entered via a mysterious tomb several hundred meters west of the Great Pyramid.

The cave entrance was found following clues left in the 200-year-old memoirs of British diplomat and explorer Henry Salt, who recorded how in 1817 he and Italian explorer Giovanni Caviglia had investigated cave “catacombs” at Giza for a distance of “several hundred yards” before coming across a “spacious” chamber.

This chamber linked to three others of equal size, from which went various labyrinthine passages, one of which the Italian later explored for a distance of “300 feet further”.

Dr Hawass, Secretary General for Egypt’s Supreme Council of Antiquities, has now confirmed that he has ordered an all-Egyptian team to explore the tomb at the centre of the controversy.

“We are clearing this system now, and it is a Late Period catacomb, like many others around Egypt,” he stated this week. “There is no mystery about it, and there is no connection with esoteric topics. We will publish our results as part of our normal process.”

While applauding Dr Hawass’s new interest in the site, Collins remains sceptical of his motives. “We knew in August that he had started clearing the tomb,” he said. “The excavations began almost immediately after knowledge of the cave discovery hit the internet.”

Collins is also unconvinced by Hawass’s explanation of what he calls the “catacomb”. “Does his use of the term ‘system’ now suggest that he has found and entered the caves, which he previously denied even existed? he asks. “My colleagues and I have examined photographic evidence of dynastic catacombs throughout Egypt, and these all appear to be carved by human hands.

“Those at Giza are natural, and penetrate the bedrock for many hundreds of metres, perhaps following the course of local geological faulting.”

Although Dr Hawass suggests there is no mystery surrounding the “catacomb”, Collins suspects that the caves extend beneath the Second Pyramid, where ancient tradition puts the legendary tomb of Tomb of Hermes, Egypt’s legendary founder.

“This has never been found,” he added, “So perhaps it is still there, awaiting discovery, somewhere close to where Salt and Caviglia reached nearly 200 years ago.”

Collins book Beneath the Pyramids, published last month, tells the story of his discovery of the natural cave system. He has also released a YouTube video showing his exploration of the caves in 2008.

Collins, caves, & egypt, again. Egypt might be studying it.

Creepy. I actually hope they don’t find anything. 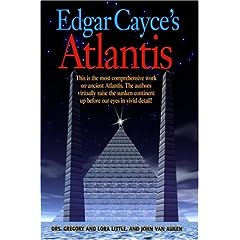 OK, *not* an article about ancient organized crime....

7 posted on 12/03/2009 7:52:46 AM PST by mikrofon (The Mustaffia)
[ Post Reply | Private Reply | To 1 | View Replies]
To: BGHater
"Cairo, December 2nd, 2009 – Egypt’s leading Egyptologist, Dr Zahi Hawass, has revealed that an excavation team under his charge are investigating an ancient tomb at the centre of claims regarding the alleged discovery of a cave underworld beneath the Pyramids of Giza."

Two points: (1) Hawass injects himself into everything that is Ancient Egyptian, and (2) The normal response is to deny everything since it has to be 'cleared' for Muslim orthodoxy before it is released to the public. Nothing is to be endorsed if it undermines the standard spin of the faith. There is always a 'guard' present at a dig, and that is only after permission to go ahead with the dig is given by the government. They will tell you that these precautions are to prevent theft etc., but the real reason is the preservation of the faith's tenets. Check into the games they play at the excavation of Avaris.

He deters any thinking that throws any hint of contrary thinking to the idea that the Egyptians were the FIRST great civilization.

As long as he is in control, he will slant all discoveries to his own ends.

(Academics hiding information or changing data? I have read about that somewhere...)

Maybe the muslims are scared of discovering Jewish artifacts in Egypt.

That’s what is in Avaris.

The location is synonymous with Goshen (Kessan in the Septuagint, Egyptian Pa-Kes, Greek Phacusa, modern Faqus), the land where Joseph and his descendants settled. According to the biblical account, the Israelites departed from Ramses in their exodus from Egypt (Exodus 12:37).

Check into Bitek's work and Rohl's interpretation. It's a far stretch but an interesting read. Rohl postulates that Bitek has found and excavated Joseph's 'retirement villa' at Avaris and even found a statue of him. It is more believable than AGW.

LOL! You've got that right!