Attorney Taitz filed a NOTICE OF MOTION AND MOTION to Expedite authentication, MOTION for Issuance of Letters Rogatory for authenticity of Kenyan birth certificate filed by Plaintiff Alan Keyes PhD.

http://www.orlytaitzesq.com/blog1/ (site has been the target of hackers, proceed with caution — John)

Remember the famous babysitter, Mary, a relative through marriage to Faud Sarruf, the President of The American University of Beirut, who babysat a seven month old child for a woman named Anna Obama in August 1961, which indicated the child was born in January, a child therefor conceived BEFORE the Dunhams arrived in Hawaii, at a time when Stanley Ann Dunham was still in high school...

And then we see Malcolm at Oxford with the daughter of Faud Sarruf, of The American University of Beirut...born in 1940, an actress with Shakespearian pretensions...

Genevieve Cook and William Ayres were at The Bank Street school, of which Tom Ayres was on the Board...at a time that coincides with the meeting of the postman Hulton, who says he was told by Obama, he had come to the Ayres home to thank them for their help with his education...and he was going to become President of the United States!

Philip’s great grandfather was Henry Harris Jessup, a Presbyterian missionary, a founder of the American University of Beirut and died in Syria in 1910.

(Mohamed Mustafa has vanished without a trace)

•Note:
PHILIPPE E. TOUTONGHI Born January 6, 1899 in Iskenderun, Turkey; died July 7, 2000 in Seattle. Husband of the late Lorice Toutonghi. Survived by his daughters, Agnes Van Bevern of Hillsborough, CA, Celeste Wolfe of Santa
Maria, CA, Theresa Johnson of Seattle, and Mary Hurt of Malakoff, Texas; sons, Joseph and John Toutonghi, both of Seattle, and Michael Toutonghi of Sacramento, CA; 30 grandchildren and 18 great-grandchildren. Fluent in French,
Arabic, Italian, Latin, Greek and English, he taught French and Latin at Seattle Prep, Seattle University, and Gonzaga University, where he retired at age 66. He continued teaching language arts in California until age 72. A French poet, he received the first prize at the “Academie des Jeux Florimontains”, France, in 1929, for his poem, L’ Immaculee. Recitation of the Rosary will be Tuesday, July 11, 2000, at 11 a.m., followed by the Funeral Mass at 11:30 a.m., BOTH at St. Joseph Church, 732 18th Ave East, Seattle. Interment, Holyrood Cemetery. HOFFNER FISHER & HARVEY Remembrances may be made to the Jesuits Seminary Fund, c/o Provincial Curia, 2222 N.W. Hoyt Ave., Portland, OR, 97210.
- Seattle Times

(Why are all these articles suddenly appearing? ... Oh wait! … Is DS rewriting history?) That’s the only picture available of Michael Signator. There is a HUGE connection with obummer and Signator. One that Axelrod and rahmbo squelched and scrubbed as soon as the connection went viral when reporters caught the Kenyan coming out of the condo that he kept a couple of blocks from their home in Chicago.

Signator also supposedly has a house in the suburbs. An ex cop supposedly. Wonder where an ex cop get the $$ to have that condo so close to his *pal*? Follow the money trail.

CHICAGO — He’s the star of bulletins chronicling Barack Obama’s movements, one of only a few nonrelatives to consistently get time with the Democratic candidate for president and a trusted confidant who has shared some of the most pivotal moments of Obama’s career with him.

Yet journalists who have followed Obama’s campaign for the better part of two years don’t know what he looks like, staffers who have logged countless hours traveling with Team Obama didn’t even know he works for the campaign and there’s never been a story in a major media outlet about him.

.
He is Michael Signator, an aide and buddy of the man who — according to polls — stands a better-than-50-50 shot of becoming the next president of the United States of America.

A police officer in a suburban Chicago town, Signator met Obama while volunteering for his 2004 U.S. Senate campaign, which eventually hired him as Obama’s driver.

For security reasons , Obama’s presidential campaign refuses to reveal the details of Signator’s role, but LaBolt said it brings Signator into frequent, close contact with the Obamas.

“Barack and Michelle Obama regularly confer with Mike, as do senior campaign officials. Sen. Obama has met with Signator both at the Obamas’ home and at Mike’s,” LaBolt said in a statement.

Though Signator owns a home in suburban DuPage County — about an hour west of the Obamas’ Chicago home — he also rents an apartment on the 16th floor of a high-rise called Regents Park, located just a few blocks from Obama’s house in the leafy Kenwood neighborhood on Chicago’s South Side.

When Obama is at home, he works out regularly in the well-appointed gym on the ground floor of the building. But according to “protective pool reports” distributed among journalists following the campaign, Obama may also occasionally stop by the building just to hang out with “Sig,” as some campaign staffers call him.

On a Sunday morning in late June, for instance, a pool report explained that Obama “went for a workout at his friend’s Mike Signator’s building. He wore his black White Sox cap; a gray T-shirt and black workout pants. He only stayed about 15 minutes. Press staff was unsure whether he worked out or just hung with his friend.”

Pool reports have characterized Signator as, among other things, a “friend,” a “longtime aide” and a “former bodyman.”

Bodymen are like traveling administrative assistants who cater to a politician’s every need, from 2004 Democratic presidential nominee John F. Kerry’s peanut butter and jelly sandwiches to Obama’s MET-Rx chocolate roasted-peanut protein bars, which are kept on hand by his current bodyman, Reggie Love, a former football and basketball player at Duke University.

Though the job can sometimes be less than glamorous, young up-and-comers leap at the chance to do it because bodymen, by definition, are the aides physically closest to — and trusted by — politicians, and that can lead to bonds akin to child-parent relationships with their bosses.

Signator, though, is 50 years old — three years older than Obama — and displays few of the trappings of a rising Beltway insider, with public records indicating he’s spent most of his adult life in and around Chicago.

Reached by telephone, he declined to comment on his relationship with Obama and his family, and asked how Politico obtained his telephone number. He directed inquiries to the Obama campaign press office and explained, “I can’t do any type of interview at all. I apologize. I’m sorry, and please just disregard this phone number, because I can’t take any calls.”

The campaign press staff — which at first denied that Signator worked for the campaign, then discouraged Politico from writing about him — declined to set up an interview.

That leaves public records and the protective pool reports — written by journalists tapped from the traveling press contingent to follow Obama during all non-campaign-related activities and report back to their colleagues on the typically mundane details — to piece together a picture of Signator and his place in Obama World.

According to Federal Election Commission records, Obama’s campaign through the end of August had paid Signator $47,600. The payments, which began in March 2007 at $2,900 a month, dwindled to less than $800 a month in May of this year — a full year after the Secret Service began protecting Obama.

12,207 posted on 04/02/2019 10:26:56 PM PDT by Fred Nerks (FAIR DINKUM)
[ Post Reply | Private Reply | To 12206 | View Replies]
To: LucyT
OBAMAS BOYFRIENDS Another strange male character in Barack Obama’s life was/is Michael Signator. This guy used to be a Chicago cop and, thus, had access to weapons when he worked as a driver during Obama’s state Senator days into his US Senate years — and up until June of 2008 when Signator just stopped working for Obama and vanished not long before the Gay Pride Parade in Chicago on June 29th of that year.

A few weeks before Pride, the Politico’s website ran a few brief, odd stories about candidate-Obama’s daily schedule, which included driving miles out of the way to head to Signator’s house for “workouts” that lasted between 15 and 20 minutes. Politico wrote these articles with winks at readers, wondering what the heck kind of workout lasted 20 minutes and was so important that it required the candidate to head to Signator’s house whenever in Chicago.

It was beyond strange. Especially if you consider that Obama belonged to the East Bank Club downtown in Chicago, which is a very expensive gym and spa center where Obama spent June 29th playing basketball with guys like Reggie Love then enjoying a long steam and locker room antics before heading to the Southside to get his hair cut. Signator has not turned up since he vanished in June of 2008 and to this day no explanation has ever been given for what the heck he was doing with Obama during those 20-minute workout sessions at his house. Apparently, this picture below is the only known picture of Michael Signator:

The Obamas have Rectacide.( Anyone known to have touched the Obama sphincter has been disappeared.)

Considering that Signator disappeared only a few months after the aforementioned deaths of Donald Young, Larry Bland and Nate Spencer, it’s possible that Signator (who had access to guns as a former Chicago police officer) may have played a key role in their respective deaths. Police officers are often used as assassins due to their marksmanship, understanding of evidence, and their blackmail-ability. Consequently, the CIA may have used Signator to clean up Obama’s mess and was rewarded with a double-cross assassination. That being said, as a former Chicago police officer, Signator may have been Obama’s drug dealer, hence Team Obama’s incessant need to keep him out of the public eye lest someone recognize him. Consequently, it’s possibly that the homosexual relationship between the two men may have been disseminated post-mortem as political cover to hide the fact that Obama was using illicit drugs, a charge his political career could never recover from. Lastly, it’s imperative to note that the assumed death of Michael Sigmator in 2008, was preceded by the death of Michael Young, Larry Bland and Nate Spencer in 2007, and followed by the death of Alex Okrent in 2012. Coincidentally, all of the deceased were evidently gay men living in the Chicago area who were personally known to Obama.

And an article on the related cost of living:

How Does Michael Signator Pay Both Rent And A Mortgage? 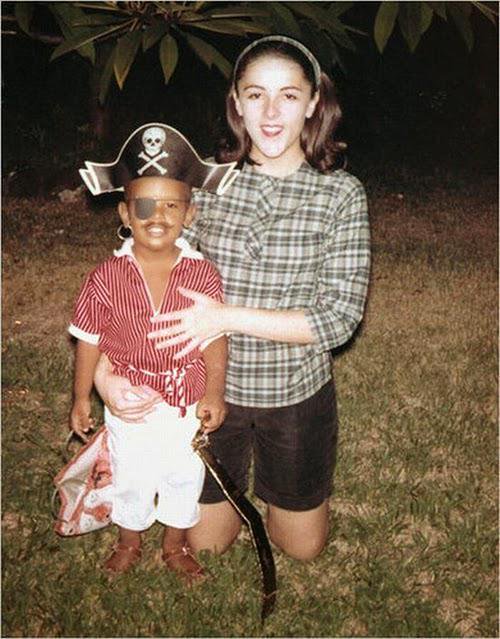 ...the young man wearing glasses was a classmate at Punahou, Hawaii 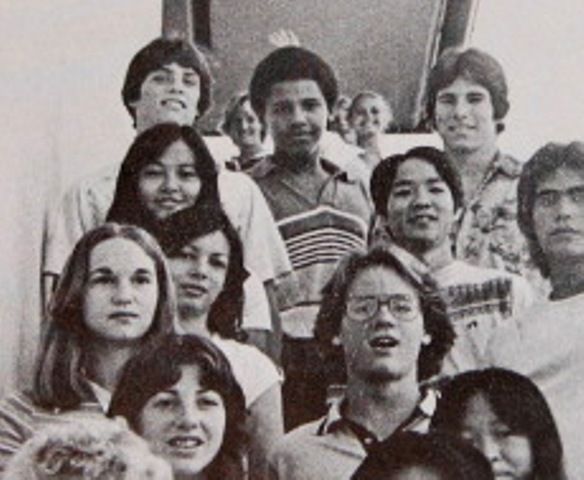 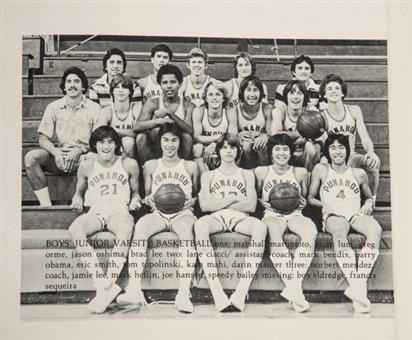 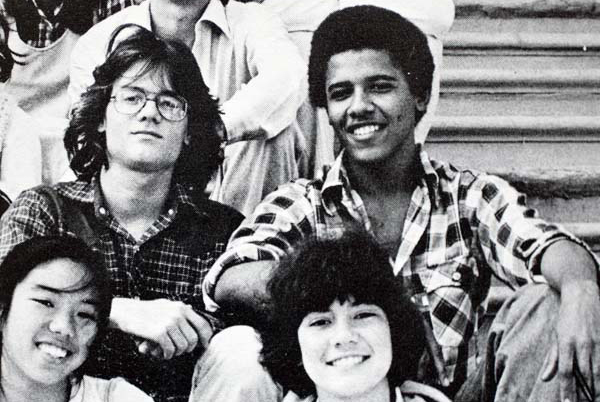 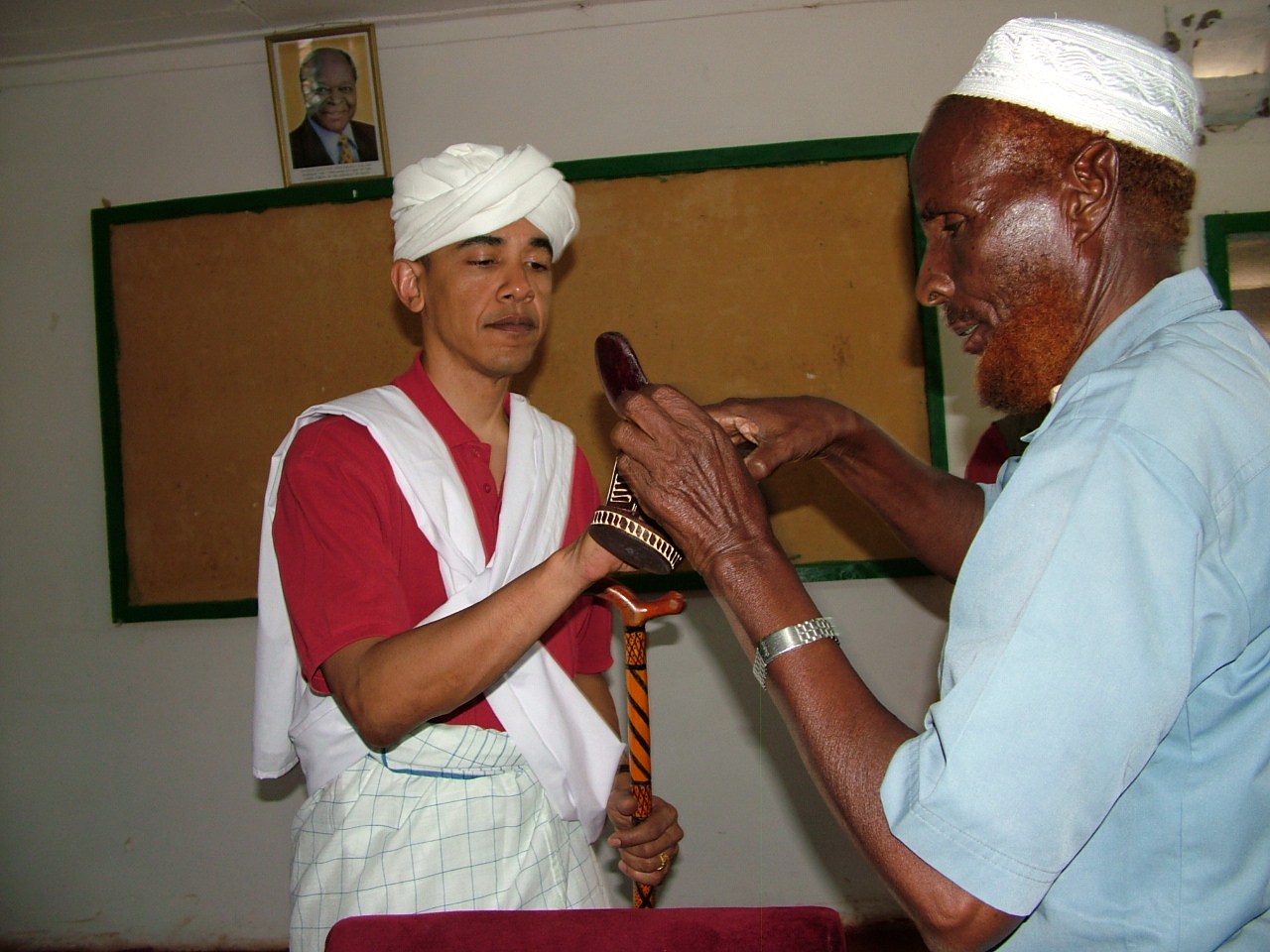 By DAILY NEWS STAFF Feb 29, 2008 | 5:13 PM    Kenyan elders have demanded an apology from Hillary Clinton over a controversial photograph of American presidential hopeful Barack Obama in traditional Somali dress. If Clinton refuses, she could be looking at a fine payable in cattle, goats or camels. Clinton's campaign was instantly suspected of leaking the photo in question. The candidate's aides have denied approving the picture's release. The photo, which appeared on the Drudge Report Web site and quickly spread across the Internet, showed Democratic front-runner Obama wearing a white headdress and robes - traditional Somali attire - during a visit in 2006 to the northeastern town of Wajir in Kenya.

In 2008 Heath #seen here looking at the camera) was arrested on charges of voter intimation after he was filmed outside a polling place in Philadelphia in paramilitary garb carrying a nightstick (seen in his left hand) In 2008, Heath and a fellow Party member were arrested outside of a Philadelphia polling place for allegedly intimidating white voters. Heath and Jerry Jackson were videotaped in front of the voting station wearing paramilitary uniforms and carrying night sticks.