1776-2008: We lived in the best of Times, in the best Place, in all of Human History. Now there is no future USA, only chaos and entropy. -LucyT

> “The destruction of European Civilization - by its own leaders - is one of the most extraordinary acts in all of Human History.”
- Hungarian Prime Minister, May 2018

- A Bitter Truth. "... massive flows of refugees. It is true, whether we like it or not, that the West cannot possibly absorb even a small fraction of these refugees and survive.
A stable and peaceful society is a fragile thing." 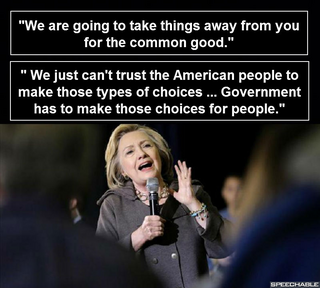 "I will stand with the muslims should the political winds shift in an ugly direction."-quote from page 261 of “The Audacity of Hope” by Barrack Hussein Obama

"Our Constitution was made only for a moral and religious people. It is wholly inadequate to the government of any other."
-John Adams, America’s Second President

“The destruction of European Civilization - by its own leaders - is one of the most extraordinary acts in all of Human History.”
. -Hungarian Prime Minister, May 2018

A Bitter Truth. "... massive flows of refugees. It is true, whether we like it or not, that the West cannot possibly absorb even a small fraction of these refugees and survive. A stable and peaceful society is a fragile thing."

"Still, if you will not fight for the right when you can easily win without bloodshed; if you will not fight when your victory will be sure and not too costly; you may come to the moment when you will have to fight with all the odds against you and only a precarious chance of survival. There may even be a worse case. You may have to fight when there is no hope of victory, because it is better to perish than live as slaves."
-Sir Winston S. Churchill

"The True History of the Southwest, 101"

The amount of historical idiocy and fallacies surrounding the history of the Southwest is staggering, chief among them the "Aztlan" fairy tales. What's the truth? How did the Spanish Europeans conquer the Southwest?

The "conquistadores" (that means "conquerors") did it with the lance, and the lash.

For example, in 1541 Coronado entered present-day New Mexico (which included present-day Arizona during the Spanish era) searching for the "lost cities of gold." One of his first actions upon meeting the natives was to burn 100s of them alive in their dwellings, for not handing over suspected horse thieves.

That is how Spain conquered the natives of the present US Southwest--not with hugs and kisses. It was certainly no love-fest between long-lost brown-skinned soul-mates, as it is often portrayed today by the delusional Aztlaners, who spin the "new bronze race of Mestizos" toro-mierda.

By 1821, Mexico City was strong enough to overthrow the even more decrepit and ineffectual Spanish rule. However, the distant provinces of the current U.S. Southwest were far beyond the reach of the authority of the independent but strife-torn government of Mexico City.

These distant northern provinces received neither military protection nor needed levels of trade from the south.

Under Spanish rule, trade with the USA was forbidden, but at least Spain provided trade and Army protection from hostile Indians. Under Mexican abandonment and neglect, the Southwest received neither trade nor protection from Mexico City.

For example, Comanches and Apaches ran rampant in the 1830s in this power vacuum created by Mexican neglect, burning scores of major ranches that had been active for hundreds of years and massacring their inhabitants. Mexico City could neither defend nor keep the allegiance of its nominal subjects in these regions. Nor did it provide needed levels of trade to sustain the prior Spanish-era standard of living. Mexican governmental influence atrophied, withered and died at the same time that American pathfinders were opening up new routes into the region.

Increasingly, a growing United States of America was making inroads into the Southwest, via ships into California, and via gigantic wagon trains of trade goods over the Santa Fe Trail from St. Louis. The standard of living of the SPANISH in these provinces subsequently increased enormously, which is why they did not support Mexico City in the 1846-48 war.

In fact, the Spanish-speaking inhabitants of the Southwest NEVER considered themselves "Mexicans" at all, ever. They went, in their own eyes, from SPANISH directly to AMERICAN. To this very day, if you want a punch in the nose, just call an Hispanic native of New Mexico a "Mexican!"

So how long did Mexico City have even nominal jurisdiction (in their eyes) over the American Southwest? For only 25 years, during which they had no effective control, and the area slipped backwards by every measure until the arrival of the Americans. The SPANISH inhabitants of the Southwest NEVER transferred their loyalty to Mexico City, because all they received from the chaotic Mexican government was misrule, neglect, and unchecked Indian raids.

Since then, how long has the area been under firm American control? For 150 continuous years, during which time the former Spanish inhabitants of the region, now American citizens, have prospered beyond the wildest dreams of the Mexicans still stuck in Mexico.

To compare the infrastructure, roads, schools, hospitals etc of the two regions is to understand the truth. The Mexican government has been mired in graft, corruption, nepotism and chaos from the very start until today. The ordinary Mexican peons have been trampled and abused, while only the super-rich elites have thrived.

This is why millions of Mexicans want to escape from Mexico today, to enjoy the benefits of living in America that they can never hope to obtain in Mexico.

And because today Mexico is a corrupt third-world pest-hole, (despite having more millionaires and billionaires than Great Britain), we are now supposed to let any Mexican from Chiapas, Michoacan or Yucatan march into the American Southwest, and make some "historical claim" of a right to live there?

From where does this absurd idea spring?

There were no Spanish inhabitants of the Southwest who were marched to the border and driven into Mexico. It didn't happen. The SPANISH in the Southwest welcomed American citizenship, which brought stability, protection from Indian raids, and a vast increase in their standard of living with the increase in trade.

In summary, NO current inhabitants of Mexico have ANY claim on even one single inch of the Southwest!

NOT ONE citizen of Mexico is sneaking into the USA to reclaim property their ancestors were deprived of, NOT ONE.

They are criminal invaders and colonizers, pure and simple. It's time Americans learned the true history, as a counter to the prevalent Aztlaner fairy tales.

An article discussing the DECREASE of CO2 over time.

If you don't want to read the entire article, here is the money quote: As the sun has matured over the past 4.5 billion years, it has become both brighter and hotter, increasing the amount of solar radiation received by Earth, along with surface temperatures.

The following quote is from Parliament of Whores: A Lone Humorist Attempts To Explain The Entire U S Government, by P. J. O'Rourke, 1991:

I have only one firm belief about the American political system, and that is this: God is a Republican and Santa Claus is a Democrat.

God is an elderly or, at any rate, middle aged male, a stern fellow, patriarchal rather than paternal and a great believer in rules and regulations. He holds men accountable for their actions. He has little apparent concern for the material well being of the disadvantaged. He is politically connected, socially powerful and holds the mortgage on literally everything in the world. God is difficult. God is unsentimental. It is very hard to get into God's heavenly country club.

Santa Claus is another matter. He's cute. He's nonthreatening. He's always cheerful. And he loves animals. He may know who's been naughty and who's been nice, but he never does anything about it. He gives everyone everything they want without the thought of quid pro quo. He works hard for charities, and he's famously generous to the poor. Santa Claus is preferable to God in every way but one: There is no such thing as Santa Claus.