Evoking the shocking Sept. 11 images of the crumbling World Trade Center Towers, a timely new song written to pay tribute to the U.S. military has struck a chord with Americans in support of war against Iraq.

"I hear people say we don't need this war. I say there's some things worth fighting for," begins the tune by country singer Darryl Worley. "They say we don't realize the mess we're getting in. Before you start your preaching let me ask you this my friend. Have you forgotten how it felt that day to see your homeland under fire and our people blown away? ... And you say we shouldn't worry 'bout bin Laden. Have you forgotten?"

Worley co-wrote "Have You Forgotten?" with Wynn Varble in January after returning from a USO tour in Kuwait and Afghanistan.

"Being in a war zone with those American troops, seeing their selflessness and that they lay their lives on the line every day so we can have this lifestyle, this freedom and liberty - I had to do something in return. I didn't have a choice," Worley told the Philadelphia Inquirer.

He subsequently introduced the song on the Grand Ole Opry in Nashville and earned standing ovations.

The emotional song gained instant recognition, debuting on Billboard's country singles chart at No. 41. It's the title track of an upcoming CD, due to be released April 15. But it's already getting play on country stations across the nation.

"It's the most requested song I've ever seen in the history of KILT," Jeff Garrison, operations manager and program director for KILT radio in Houston, told the Chicago Tribune. "We're playing it every two hours."

The record label Dreamworks offers listeners a chance to hear the song on its website.

The topical tune was written about the war on terrorism, but Worley doesn't mind that it has become the anthem for those thirsting for an answer to the voices of dissent.

"I'm not a war-loving person," Worley told the Inquirer. "I stand behind our president on this issue, for this war. I pray every day that we'll avoid this conflict, but I just see Hussein playing games and buying time."

"In my thinking, Saddam Hussein is the next guy on the list who could be involved in terrorism against this country. I mean we have pictures of his people paying suicide bombers to blow themselves up in Israel," he said.

While popular, Worley's song is not without controversy. Many radio stations have refused to play it.

"It's a pretty typical thing nowadays that consultants or programmers would control a number of stations and dictate what they play," he added.

One of Worley's lyrics harkens back to Toby Keith's angry post-9/11 hit "Courtesy of the Red, White and Blue."

"Some say this country's just out looking for a fight. After 9-11, man, I'd have to say that's right," Worley sings.

Worley's is a lone voice in a chorus of opposition among musicians. Last month, David Byrne of the 1980s rock band Talking Heads formed a coalition called Musicians United to Win Without War.

The group, which includes a strong contingent of rappers, took out a full-page advertisement in the New York Times Feb. 26 that read: "War on Iraq is wrong and we know it." Forty-two artists, including Sheryl Crow, Emmylou Harris, Lou Read and R.E.M., endorsed the ad with their signatures.

"I had gotten to the point that I had to do something to ease my conscience," Byrne told the Los Angeles Times. "I felt like by not saying anything, I was being complacent. I also suspected that other musicians felt the same way."

Byrne's coalition is working on plans for an all-star, anti-war concert.

Raised in rural Hardin County, Tenn., Worley comes from a long line of musicians, according to the Dreamworks website.

"There were music teachers and traveling minstrels on my daddy's side," he recalls. "My Grandpa Jones, mom's father, played banjo, made moonshine whiskey and ran a nightclub called Oakdale. I started playing harmonica when I was five because of him. I think I picked up a guitar when I was eight or nine years old because my grandpa wanted us to learn. They all encouraged us to make music part of our lives."

Worley's long commitment to his passion is paying off. Last week, the Academy of Country Music Awards nominated him for best new male vocalist.

Quote of the Day by AmishDude 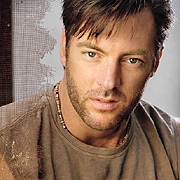 'Have You Forgotten?' lyrics

Verse
I hear people saying we don't need this war

I say there's some things worth fighting for

What about our freedom and this piece of ground

We didn't get to keep 'em by backing down

They say we don't realize the mess we're getting in

Have you forgotten how it felt that day?

To see your homeland under fire 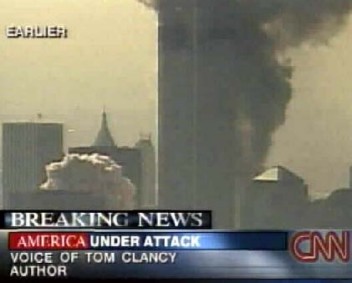 And her people blown away

Have you forgotten when those towers fell?

We had neighbors still inside going thru a living hell

And you say we shouldn't worry 'bout bin Laden

They took all the footage off my T.V. Said it's too disturbing for you and me

If it was up to me I'd show it everyday

Some say this country's just out looking for a fight

Have you forgotten how it felt that day?

To see your homeland under fire

And her people blown away

Have you forgotten when those towers fell?

We had neighbors still inside going thru a living hell

And you vow to get the ones behind bin Laden

I've been there with the soldiers

Who've gone away to war

And you can bet that they remember

Just what they're fighting for

Have you forgotten all the people killed?

Some went down like heros in that Pennsylvania field

Have you forgotten about our Pentagon?

Don't you tell me not to worry about bin Laden

Maybe I'm spoiled in counting the number of posts though. I have one thread that is nearly at 3000 postings.

Thank you bonesmccoy, THANK YOU!!!

For my SF ping list - Barbara Simpson, 4-7 PM, Saturdays and Sundays, KSFO Radio has this as her new theme song.