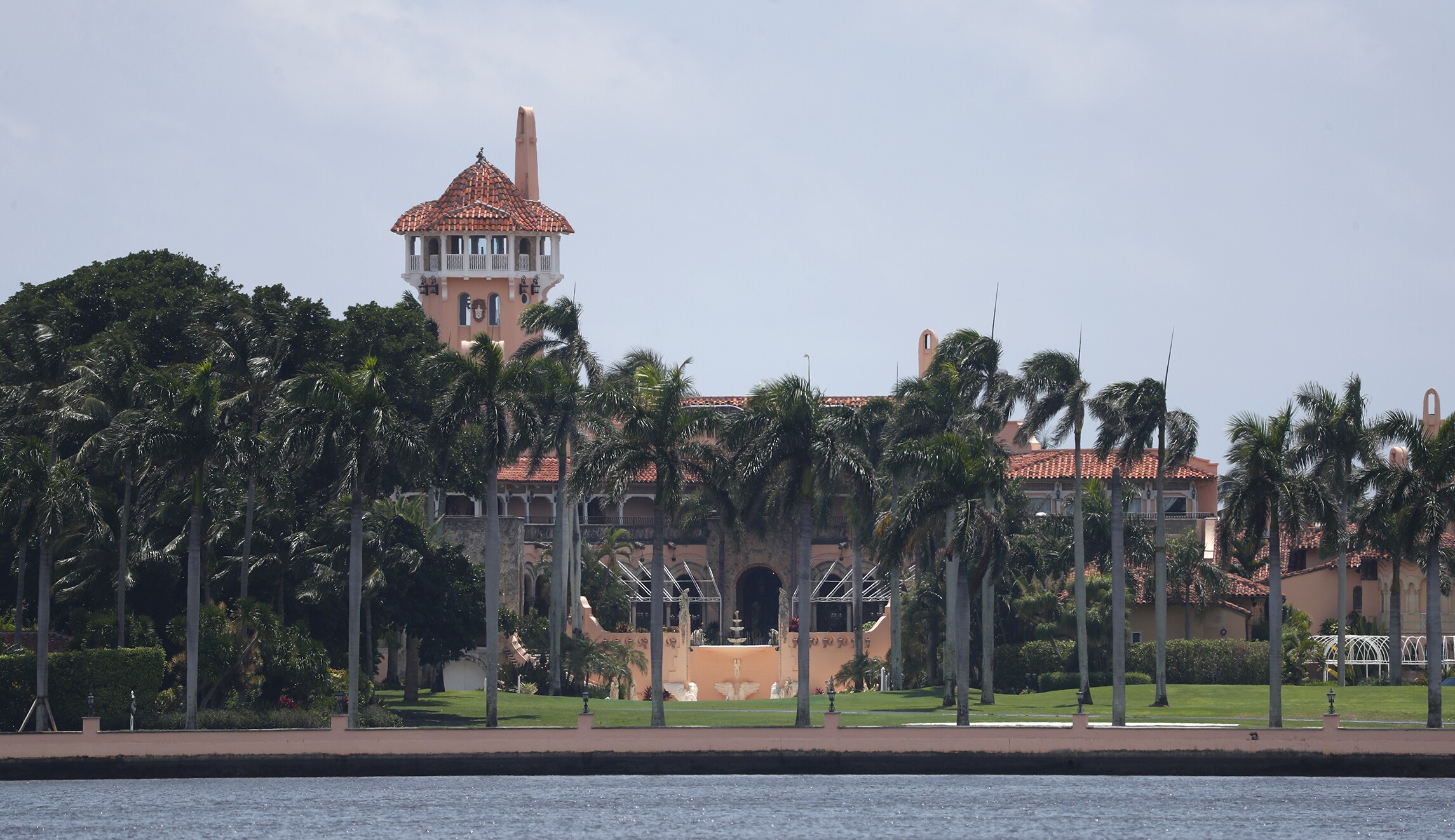 An Iranian national armed with a pair of knives, a machete, and a pickax was detained Friday by police about four miles from President Trump's Mar-a-Lago resort in Florida.

Officers responded to a call at around 9:30 a.m. about a suspicious person in Bradley Park, which is northeast of the Flagler Memorial Bridge, according to Palm Beach Police Department public information officer Michael Ogrodnick.

They arrested a man named Masoud Yareilzoleh on a charge related to a concealed weapons violation, Ogrodnick told the Washington Examiner. In addition to two knives, a machete, and pickax, police, found the man to have $22,000 and a passport showing he is an Iranian national in the U.S. legally.

Palm Beach police are conducting an investigation with the help of federal partners, which includes an examination of a car parked at Palm Beach International Airport. Yareilzoleh, who is in Palm Beach County Jail, has been given a notice to appear in court.

A Palm Beach Daily News photographer saw Yareilzoleh, with camping gear, get arrested by arrested by three Palm Beach Police officers and two plainclothes officers who were said to be from another department. The Palm Beach Post published photos of the arrest, showing Zoleh wearing a brown vest over a blue shirt and cargo pants.

The arrest Friday comes days after Iran launched a barrage of ballistic missiles at bases in Iraq housing U.S. troops in response to the U.S. airstrike that killed Qassem Soleimani, the head of the Iranian Quds Force, outside Baghdad International Airport.

Flagler Memorial Bridge is located about four miles north of the Mar-a-Lago private club, where Trump often spends his weekends during the winter.

The president was at the White House on Friday.

There have been other recent incidents in and around Trump's Mar-a-Lago, which he dubbed the "Winter White House."

Local police were called to the resort Monday night to assist Secret Service with an unspecified incident. Trump and his family departed on Sunday to return to Washington, D.C., after spending the holidays in Palm Beach.

Shortly before Trump left Palm Beach International Airport for the White House, a Florida man who was dishonorably discharged from the Marines for sex offenses was arrested after breaching Trump’s airport security by allegedly impersonating a federal law enforcement officer.

In the last year, two Chinese nationals had breached security and entered the club’s grounds.

Last month, Jing Lu, 56, was told to leave after trying to enter Mar-a-Lago via the main gate. She then entered the property through a service driveway and was seen on security footage taking photos, according to police documents.

In November, Yujing Zhang, 33, was sentenced to time served for trespassing and lying to federal agents about why she was at the resort in March. A receptionist who was suspicious of Zhang alerted Secret Service to the Chinese businesswoman, who had originally said she was there to swim. Zhang is currently in the custody of Immigration and Customs Enforcement as she awaits deportation.

Just looking for a job as a gardener?

This is all the fault of Democrats.

The article on the dishonorably discharged marine. (What a weirdo)
https://www.marinecorpstimes.com/newsletters/daily-news-roundup/2020/01/07/discharged-florida-marine-lied-about-service-to-bypass-trump-security-in-airport-prosecutors-say/

Too bad they caught him.

If he’d made it to Mar-a-Lago, this Iranian boy would have discovered the old American adage:

“Never bring a knife to a gun fight.”

Well there ya go......"see something, say something" in action.

Let’s hope the Secret Service is increasing protection for Trump and his entire family. The Iranians would certainly want to take out a Trump.

He made it past 2 secret service checkpoints.
WTF

Armed Iranian Jihadi Arrested Near Mar-a-Lago with Machete Is a REFUGEE! "Democrats are working feverishly to import an army of these soldiers for Allah. Palm Beach police arrested an Iranian man on Friday who was found with weapons and $22,000 in cash near President Donald Trump’s Mar-a-Lago residence and resort in Florida. Police arrested Masoud Yareilzoleh after he was found with a machete, a pickax and two knives in addition to the cash. They found him on the Flagler Memorial Bridge, about four miles from Mar-a-Lago, after receiving a call about a "suspicious person," according to a report by CBS News." -Pamela Geller An Iranian national arrested near President Trump's Mar-a-Lago resort in Palm Beach, Florida, originally arrived in the United States as a refugee, Breitbart News has learned. On January 10, Palm Beach Police Department arrested 38-year-old Masoud Yarieilzoleh, from Iran, who was apparently sleeping in a gazebo in a park in Palm Beach, according to the Palm Beach Post. When police searched Yarieilzoleh, they found a 17-inch machete, two 4.5-inch knives, and an ax, along with about $22,000 in cash. A law enforcement source exclusively confirmed to Breitbart News that Yarieilzoleh first arrived in the U.S. from Iran in 2014 as a refugee. Two years later, United States Citizenship and Immigration Services (USCIS) awarded Yarieilzoleh with a green card, which allows him to permanently remain in the country. Between 2009 and 2016, former President Obama resettled more than 25,000 refugees from Iran in the U.S. despite the country being on the State Department’s list of state sponsors of terrorism since 1984. Yarieilzoleh's arrest comes as 19 Republican governors, including Tennessee's Bill Lee, Arkansas' Asa Hutchinson, and Iowa's Kim Reynolds, have signed on to continue resettling refugees in their states. Texas Gov. Greg Abbott is the only Republican governor in the country thus far who has said his state will halt refugee resettlement. Florida Gov. Ron DeSantis has yet to announce his decision.
16 posted on 01/15/2020 6:04:45 PM PST by UMCRevMom@aol.com
[ Post Reply | Private Reply | To 1 | View Replies]