Thirty-four years ago, two researchers delved into California’s rapidly changing demographic and economic trends and saw “an emerging two-tier economy with Asians and better-educated non-Hispanic whites and blacks competing for the prestigious occupations while poorly educated Hispanics and blacks scramble for the lower status jobs…”

Still think that was the beginning of the end for Calif.

Don’t forget the poorly educated and most discriminated against poor Whites.

How can those two opposite things fit together..?

Eventually there will just be party members and paroles, who had nothing to lose but their chains. Russian and Chinese communism proved that there is no such thing as a classless society.

CA K-12 school performance is a snapshot of CA’s future.

“CA K-12 school performance is a snapshot of CA’s future.”

People in most of the country don’t have a basement. But for those who do or at least know what a basement is, and those who look up the term on Wikipedia, that is what the above statement is referring to.

So, for parents in California who STILL put their kids on that big yellow bus, or drop them off - give them a big kiss and then be on your way, for when the ‘school day’ is over, you’ll have kids you don’t recognize and you’ll be wondering why you’re still in the USA, much less still in California.

For other parents, congrats, YOU GET IT.

Yep. I was there and saw the same thing occurring. As you recall, that's also when the growing presence of illegals in the big cities really started to become apparent.

I’m in CA and all 4 of my kids and my grand kids all went thru private school. I want the to stand out among a sea of mushy minds.

These days, private schools are no longer shelter from the storm.

Leftism/socialism is fundamentally about making everyone equally poor, except for the apparatchiks and other elites in control, and crushing job creators and small businesses. Open borders is one of their ways of insuring slave wages to keep the working class down. We need to bring California up every time a leftist complains about gaps been the poor and the rich.

11 posted on 08/04/2019 9:55:54 PM PDT by FenwickBabbitt
[ Post Reply | Private Reply | To 1 | View Replies]
To: Windflier
Lived in west San Fernando valley at the time, so only heard a lot about the illegals. Did see a lot more activity near work where some "projects were. Graffiti, etc.

Other than that, the sudden appearance of NY license plates, and a new crop of "NY Delicatessen" all alnog Ventura Blvd.

Soon left for Ventura county and saw little of it other than occasional forays into Westlake Village where the NY influence was very apparent.

12 posted on 08/04/2019 10:14:15 PM PDT by doorgunner69
[ Post Reply | Private Reply | To 8 | View Replies]
To: artichokegrower
Excellent article by a very good writer. Solution: To "moderate housing costs and to improve the educations of children from poor families, particularly Latinos." Easy in theory and difficult in practice. Greed will keep rents high and laziness will keep education low. Very sad. California was the Golden State in the 1960's and 19870's when twenty companies in LA were building the Gemini, Apollo and Shuttle space programs. Today, the twenty companies are mostly closed and the new neighbors in Downey, Canoga Park and Lynwood are dumb who are incapable of fixing the Golden State's infrastructure. Some of the beautiful homes from the Golden State now have cars on the lawns and foreigners living in the garages. So sad. Heartbreaking.

Today I got gas at Chevron, the big oil company in Richmond, CA, and a big Ram truck tried to pull into the station but the non-American driver could not handle the rig and almost hit a few pumps. And the car next to me lacked hubcaps. And two cars in the parking lot next to the gas station were honking horns just for fun. Third world fools live in California. 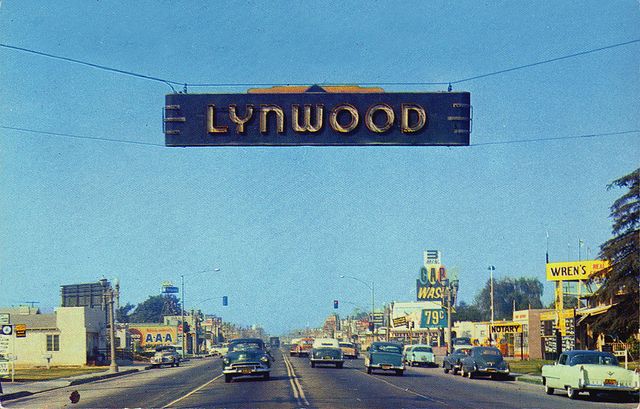 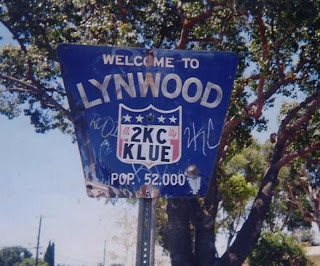 When my family moved from Long Island, New York to Santa Barbara in 1974, California gained a bunch of Republican voters.

I lived in L.A. and Santa Barbara for 17 years, and I saw no shortage of native born Californians who were liberal and voted for democrats.

Every coin has two sides.

Yes, Nancy Pelousy is from Baltimore....Barbara Boxer from New York....crazy Adam Schiff from Framingham, Mass.....
but then you had Ronald Reagan from Dixon, Illinois.

When my friend was undergoing treatment at Cedars Sinai Hospital here in L.A., I noticed that doctors tended to be Asian or Indian, nurses were white, orderlies and staff were Latino, and janitors were black.

I am a 4th generation native Californian and there
is absolutely no question in my mind that the influx
of Northeast liberals was the biggest single factor
in the downfall of the state. As conservatives we have
this built in “live and let live” attitude. Those of
us in God’s Country of the Mother Lode left the gates
open for those who would slam the gate shut behind
them and close down the lumber mills. Here we are....

16 posted on 08/05/2019 12:34:28 AM PDT by Sivad (Trump is guilty of obstruction of injustice....)
[ Post Reply | Private Reply | To 2 | View Replies]
To: artichokegrower
“...an emerging two-tier economy with Asians and better-educated non-Hispanic whites and blacks competing for the prestigious occupations while poorly educated Hispanics and blacks scramble for the lower status jobs…”

Isn't it interesting how liberals find a caste system in their domain, but then find that it is based on education and not skin color. Yet, when you look for the worst education systems in the US, you find them in domains dominated by liberals. It's a caste system created only by liberal policies.

Then when someone has the temerity to actually call out liberals for this travesty, they yell 'RACISM'. Their hypocrisy knows no bounds.

17 posted on 08/05/2019 3:45:49 AM PDT by norwaypinesavage (Calm down and enjoy the ride, great things are happening for our country)
[ Post Reply | Private Reply | To 1 | View Replies]
To: AdmSmith; AnonymousConservative; Arthur Wildfire! March; Berosus; Bockscar; cardinal4; ColdOne; ...

Thanks artichokegrower. Prop 209 ping -- this "news" is just another part of the attack on it. It's obvious that the problem is, no racial preferences in college admissions.

“I’m in CA and all 4 of my kids and my grand kids all went thru private school. I want the to stand out among a sea of mushy minds.”

ABSOLUTELY. My kids that we raised in Texas are doing great. First we taught them to read by Age 4 (and yes, any normal kid can do that, if you’re willing to spank them). We them sent them to a useless Christian school*, more for daycare and socialization, than to get anything productive out of it. Their REAL education at that point was after school, in math, without calculators, that’s where they got years ahead of their grade levels (of course that was in addition to fluent readers by age 5) - and that averaged maybe 15 hours a week, not a huge amount of time. Then it was off to the races, getting into junior college years early, and then off to a mediocre state school* and then a good grad school, and off to the races.

*when they’re young, it is far more important to keep them in the home, then in a ‘high ranking’, ‘socially conscience school

But I owe ALL THE THANKS IN THE WORLD, to the public school system that the Left has dumped on the country - for my kids are far from being the next Einstein, at best they’d rank at maybe 80% in intelligence against their peers, and if the public schools had simply stuck with what they were using 100 years ago (phonics for reading and no calculators for math), my kids would only be a bit above ‘average kids’ in this country, nowhere near being well into the 6-digits.

Think of it as owning a horse who’s going to compete against 11 others in a race - except the owners of the other 11 other horses decide to add 100 lbs. of lead weights to their horses - that was the field my kids were up against - the others never stood a chance.

What’s ironic is that other parents that we know (and knew), with ONE exception (an immigrant from Russia) basically thought we were child abusers, because we didn’t let them spend 40 hours a week playing video games.

Having, keeping and performing any sort of job should give status to the worker. Collecting welfare, not so much.