What do I say now? ¿Qué le digo ahora?

On Monday, a majority of Senate Republicans voted to continue debate of the disastrous 'Gang of Eight' amnesty bill, surprising many when the vote easily cleared the required 60 threshold, 82-15.

The reason many Republicans trust that a bill they haven't even read will "secure the border first" is because Sen. Marco Rubio (R-FL) has assured them it would - endlessly. He even wen't on a record-tying FIVE Sunday news shows to assert this (and a avalanche of other lies), and assured audiences he would never back a bill that did not secure the border first, before amnesty. And Rubio claimed the Gang's bill did exactly that.

Yesterday, Rubio made fools of many of his colleagues - who should have known better anyway - and was exposed as a bald-faced liar after being caught making totally different claims about the bill - on Spanish and English media.

If you were listening - on either side of the issue - Rubio told you exactly what you wanted to hear.

In a Spanish-language interview Sunday with the network Univision (video here, translation here) Sen. Rubio made his strongest statement yet that legalization of the nation’s tens of millions of illegal aliens must happen before any new border security or internal enforcement measures are in place, and will in no way be conditional on any security requirements.

To put it mildly, this is very different from what Rubio has told English-speaking audiences, especially on shows like Mark Levin, Sean Hannity and Rush Limbaugh - who were instrumental in helping the former "Tea Party darling" prevail in his tough Senate primary in 2010. For months now, Rubio has repeatedly, endlessly, claimed that border security would come first, before any legalization. Rubio has further asserted that he could and would never support a bill that didn't secure the border first.

In a nutshell, he lied through his teeth to these hosts who constantly praised him as a "good guy", "honest", "conservative", Senator they supported. While we activists screamed "snap out of it" they continued like this for months, praising Rubio's "effort to solve the problem" while ignoring dozens of articles and analyses proving that his claims were full of lies.

His greatest talker champion has been the disappointing Sean Hannity, who infamously announced after the 2012 election that had "evolved" on immigration, and supported a "pathway to citizenship" for tens of millions of illegals. Hannity has repeatedly stood by Rubio, even when other began to realize what we activists had been screaming: Rubio is lying, stop promoting him.

But yesterday, something changed. Rush Limbaugh seemed confused, expressing "disappointment" with Rubio.  Even Rubio's greatest "conservative" champion Hannity seemed to finally get that something was amiss.

Hannity asked Rubio about the Univision interview. Rubio responded with his usual technique, familiar to anyone who has ever negotiated a used car: talk faster, and change the subject. It didn't satisfy Hannity as it has in the past.

“Why wouldn’t it be better to just secure the border first totally and then move forward with dealing with the 11 million people or so that are in the country illegally?”

“That’s how I felt at the beginning, too,” Rubio answered, “The problem I encountered is what do I do in the meantime — ”

“How about nothing?” Hannity interrupted.

Rubio gave his usual canards: we have to "know who's here" so we can "deport the criminals" (How? Are they are going to turn themselves in?); we have to "freeze the problem" or more illegals will come in (How? Without a border fence, illegals will just stop coming in out of courtesy to Marco?); etc. Absurdities all.

Hannity twice returned to Rubio’s statement on Univision. “You understand that people read the interview, those of us that didn’t speak Spanish, and it was interpreted as first comes legalization, then comes secure the border, that legalization is not conditional. I think you would then understand why people thought this.”

“Right,” Rubio said. “So maybe, I probably should have been more artful in the use of terms.”

"The Artful Liar". Terrific. And what is especially disturbing is his saying one thing to Spanish-speaking audiences, and the exact opposite in English. This is exactly what Arabs like Yasser Arafat have done for years - promising "peace" in English and "jihad" (holy war) to Arabic audiences. We know who always got the truth from Arafat.

Are there any conservatives out there who still support or trust this guy?

Here are some extended excerpts from the Hannity interview.

The Amnesty bill must be stopped.call congress.

30 million illegals get Amnesty to vote in 2014 election

those 30 million can bring in 50 million more of their relatives still in the 3rd world.

untold millions will cross into the USA to get in on the
Amnesty bonanza.

if this bill passes the USA is done

these representatives in Congress are traitors against
Americans .

Well, knock me over with a feather!

I don’t understand why Rush defends the guy.

rubio would be a dangerous enemy if he becomes a democrat.

On today’s show he was still telling the same story on M. Medved’s show - and Medved was lapping it up.

a white Republican version of Obama.

Rubio is a traitor.

Traitorrubio is now his name as long as his great-great-grandchildren are alive.

I don’t get it either. If he was Marc Rubin would he still be a supposed “star’? I’ve always found him to be blah.

13 posted on 06/13/2013 5:55:42 PM PDT by surrey
[ Post Reply | Private Reply | To 4 | View Replies]
To: ckilmer
Rubio would need to challenge Charlie Crist head on ~ no third party guy in the mix! I think Charlie's draw with the old ladies and homosexuals is such that Rubio would lose ~ unless, of course, he started performing inappropriate sex acts in public ~ which, given his track record, could not be ruled out!

We can see him speaking of 'artful techniques'...

"The Amnesty bill must be stopped. Call congress.

"30 million illegals get Amnesty to vote in 2014 election

"Those 30 million can bring in 50 million more of their relatives still in the 3rd world.

"30 million more illegals will invade to do the “under the table” jobs.

"Untold millions will cross into the USA to get in on the Amnesty bonanza.

"If this bill passes the USA is done.

"These representatives in Congress are traitors against Americans." 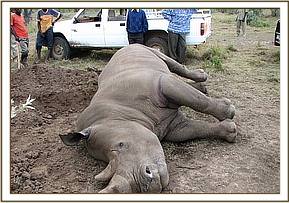 Mark Rubio Dead to Me - in the Graveyard of RINOs

Double Agent is right. Rubio really turned out to be worse than those on the other side of the aisle..

Marco Rubio is not a Conservative....period

Rubio’s star has risen and fallen. Time to move on.