An experienced TV weatherman has sued CBS broadcasting for sex and age discrimination claiming his job applications were ignored purely because he isn't a 20-somthing and female.

Hunter, who has been a weatherman for Fox5 in San Diego, sued the broadcasting giant in Los Angeles last week.

However CBS claims Kyle Hunter's complaint is frivolous and based on gross misstatements of fact and say they will vigorously defend themselves in court.

Hunter argues that his gender and age kept him from getting on-air weather jobs at CBS stations KCBS and KCAL despite his meteorology degree and years of experience.

According to the lawsuit, Hunter, who is over the age of 40, is seeking 'unspecified' damages.

He alleges that the CBS stations favour young, attractive women to induce more men to watch their prime-time newscasts.

More proof of the media’s discrimination against “fly-over” country.

Heheheh...reminds me of Sigourney Weaver in “GalaxyQuest”, where her sole job is to repeat everything the ship’s computer says...

Actually, her BACK is charged with supporting those big breasts.

And it looks very uncomfortable, too. As a nursing mother, I can testify that those things can be extremely heavy. some extreme talent on display there!

Enough about my leeddle coochie, now the weather... 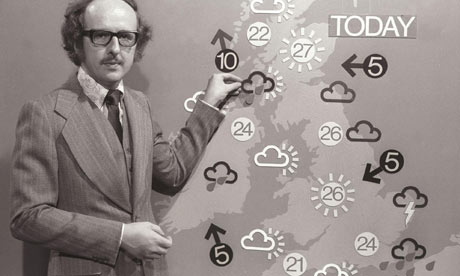 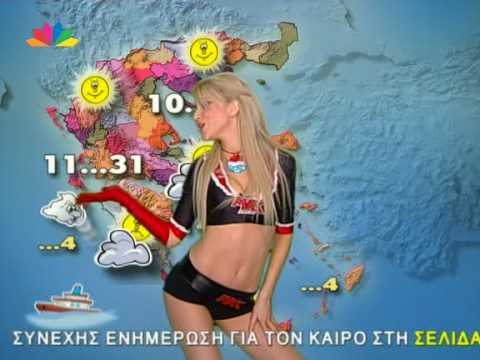 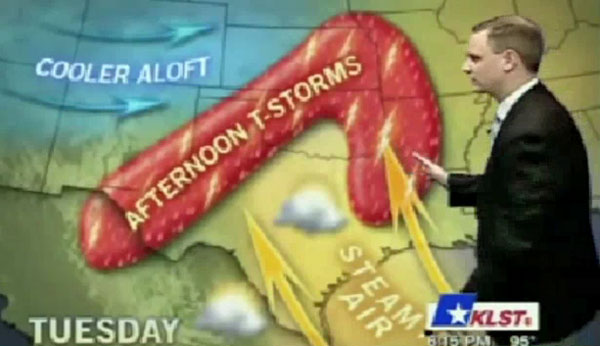 95 posted on 03/19/2012 7:35:49 PM PDT by Revolting cat! (Let us prey!)
[ Post Reply | Private Reply | To 93 | View Replies]
To: OrangeHoof
Austin used to have a weatherman named James C. Fiddler. Absolutely horrible presence on camera - an old man who mumbled with his back to the camera half the time. But people tuned in because he sure knew the weather better than anyone else. But then Fiddler was caught doing little boys, lost his job and became "Fiddler the Diddler" in local gossip circles.

That's as bad as the Little Rock weatherman who woke up in a hot tub next to a dead boy toy after a night of fun last year.

< /Monty Python the the Holy Grail>

South of the border, “Global Warming” is a fact.