Rancher Manuel Sanchez has lost four calves in as many weeks, all mysteriously mutilated. Authorities are baffled. (Joe Amon, The Denver Post)

SAN LUIS — Manuel Sanchez tucks his leathery hands into well-worn pockets and nods toward a cedar tree where, last month, he found his fourth mysteriously slaughtered calf in as many weeks.

Four calves, all killed overnight. Their innards gone. Tongues sliced out. Udders carefully removed. Facial skin sliced and gone. Eyes cored away. Not a single track surrounding the carcasses, which were found in pastures locked behind two gates and a mile from any road. Not a drop of blood on the ground or even on the remaining skin.

In his life in the piñon-patched pastures where his father and grandfather raised cattle, the 72-year-old Sanchez has seen

Nobody EVER seems to do a little research.

A sheriff once placed a camera observing a just-killed calf, and observed it over a week or so. All the typical “black helicopter / Alien Cattle Mutilation” was observed. Except the culprit was common rodents and insects. . .

The Eisenhower Administration made a deal with the space aliens that, if they would share their technology with us, they could mutilate all the cattle they want. I saw one of these back in the 80’s. Dead pregnant cow at the bottom of a steep muddy bank of a river where they would never go. Locked gate. Eyes, fetus and udder removed with perfect precision. Udder removal left a perfect inverted hemisphere with burn marks at the edge of the hide. Absolutely no blood, footprints, or tire tracks. 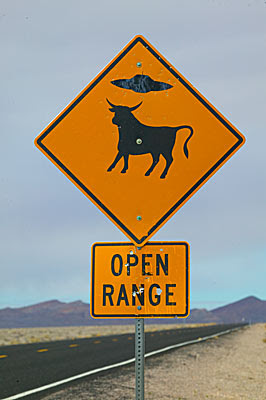 "Sorry about that, that was Carl's fault, he's new." 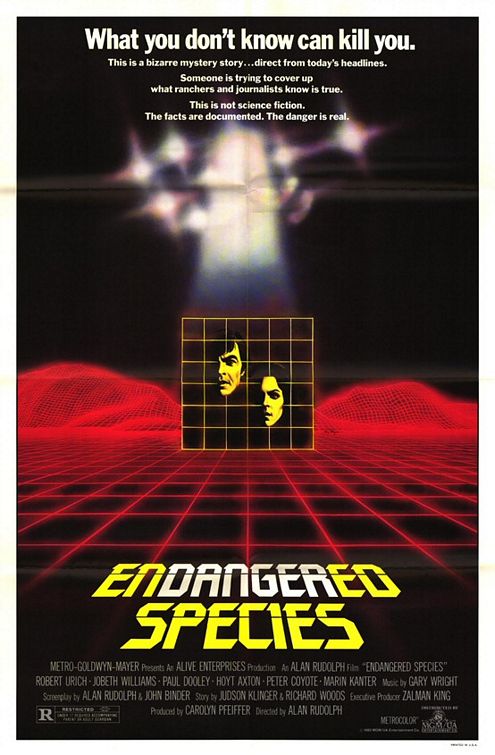 Also, send them over to investigate this Norway phenomenon, last night...

As someone pointed out on a different thread, cows are insured. Insurance companies pay out for cows that die of “unknown causes,” but not for ones killed by natural causes or predators.

And the Sheriff is usually a local guy elected by his friends. Probably got a few head himself.

Can you spell P-S-Y-O-P-S? Belief in UFO’s is just another psyop background of fear operation, like global warming, and other distortions of normal natural disasters and social pathologies such as serial murder, etc. Who benefits? Can you spell P-L-U-T-O-C-R-A-T. OK, something easier...O-L-I-G-A-R-C-H.

On which of his thousands of acres should he place and aim that videocam?

—yep—IIRC, was a sheriff in Georgia about 35 years ago—

Come on. leave the city for a moment and you’ll see that this whole idea that somehow a rancher is going to put up all sorts of electronic equipment all over his land is simply out of touch with what really is possible.

The article also references other ranchers far from this guy, now suddenly there are thousands of square miles to cover.

19 posted on 12/09/2009 10:42:43 AM PST by Balding_Eagle (Perfection is the enemy of Good.)
[ Post Reply | Private Reply | To 17 | View Replies]
To: hellbender
I blame Global Warming. Chupacabras have been driven across our southern border by the man-bear-pig for years and the government does nothing to stop them.
20 posted on 12/09/2009 11:39:37 AM PST by usurper (Spelling or grammatical errors in this post can be attributed to the LA City School System)
[ Post Reply | Private Reply | To 6 | View Replies]
Navigation: use the links below to view more comments.
first 1-20, 21 next last