Obama’s September 24, 2009 chairing of the UN Security Council meeting on nuclear non-proliferation and disarmament, signaled his emerging leadership role in tackling major global issues such as nuclear weapons. The Nobel Peace Prize was an important step in giving global legitimacy to President Obama in making an extraterrestrial disclosure announcement. Obama is therefore poised to play a prominent role in the increased global governance that will be necessary after an extraterrestrial disclosure announcement. The timing would most likely coincide sometime soon after his Nobel Peace Prize acceptance speech on December 10, 2009 in Oslo, Norway.

There have been various sources that have revealed deliberations are underway to make an announcement concerning the existence of extraterrestrial life by the end of 2009. These include, Dr Pete Peterson, a whistleblower who has recently emerged revealing high level discussions have taken place concerning announcing the existence of extraterrestrial life. In a Project Camelot interview, Dr Peterson revealed that “Obama is planning to disclose the reality of ET contact by the end of the year; and that most, but not all, of the ET visitors are friendly.” Another source is David Wilcock, a prominent researcher of emerging scientific paradigms. Wilcock has been told by additional independent sources that extraterrestrial disclosure will take place by the end of 2009. He furthermore claimed in a Coast to Coast AM radio interview that “a 2-hour international TV special has already been booked that will introduce an alien species, similar to humans, to the world.”

In addition, popular NASA and space researcher, Richard Hoagland, has publicly come forward to reveal that the October 9, LCROSS ‘bombing’ mission of the moon, discovered an ancient base at the moon’s South Pole. Reviewing the scientific data achieved by NASA’s LCROSS mission, Hoagland concluded, also on the popular late night Coast to Coast AM radio show, that “LCROSS is part of a carefully constructed campaign to prepare the populace for imminent disclosure. The President of the United States will soon announce that scientists have discovered ruins on the moon, he added. Nobody saw the LCROSS debris plume because the probes struck a building which swallowed the effects of the explosion.”

Finally, two independent and confidential sources have revealed to me that face to face meetings have recently occurred between U.S. military officials with one or more groups of extraterrestrial visitors. This has allegedly led to confidence being built for future cooperation with the extraterrestrials that will be formally announced to the world public either at the end of 2009, or early 2010.

In conclusion, a diverse number of sources and events point to some form of extraterrestrial disclosure being made by the end of 2009, or early 2010. Official disclosure will most likely emerge in either of two scenarios. One is that President Obama will announce the existence of extraterrestrial visitors, and describe one or more of these to the world. This scenario is supported by Peterson, Wilcock, and my own confidential sources. The second scenario is that an announcement will be made concerning the discovery of artificial structures at the moon’s South Pole, as revealed by the LCROSS mission. This scenario is supported by Hoagland.

Which ever of the above scenarios is used for announcing the existence of extraterrestrial life or technology, President Obama will figure prominently. Behind the scenes, powerful institutions are ensuring that nothing derails the planned disclosure announcement. The disclosure will follow upon a year of greater government openness on UFOs in accord with a policy secretly developed at the United Nations. If extraterrestrial disclosure does occur at the end of 2009 or early 2010, President Obama will lead an unprecedented effort to promote global governance through the United Nations. The Obama administration and its supporters are poised to take a bold step forward in helping our planet become an interplanetary culture that openly deals with the challenges posed by extraterrestrial life.

I don’t suppose we could lose The One to ruling the universe.

The author overreaches including LCROSS in this fantasy.

PS People would freak out. I for one, would fear Alien Socialism and a destruction of individualism for a new alien belief system. 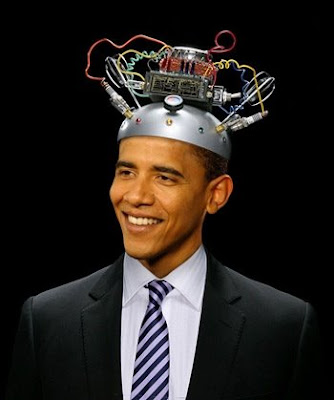 Is that a “flux capacitor”?

I vaguely remember the old series, so I'll check this one out. The actress playing the alien spokesman is the one who played Inara, the Companion on "Firefly", a series that I just LOVED!

But everybody knows about Dennis Kucinich already... How is this news?

Just imagine what mental health services will be under government run health care.

This is what we have now, just imagine it in the future.

With the global warming scam sputtering out, why wouldn’t a fresh new scam focused on UFO’s be just the thing to retrain our eyes on the necessary Oneness of the world (and the extraordinary luck the world has that Obama can step up and speak for humanity)? Millions(the ones who buy lottery tickets, for example) would leap to believe instantly. How would the average conservative blogger even begin to refute such a dramatic, goofy, imagination-firing assertion based on supposedly secretly held proof after he runs out of ways to say the announcement is yet another hoax?
But seriously, this is one of the most entertaining articles appearing on Freerepublic yet.

48 posted on 10/24/2009 6:09:48 PM PDT by Coyote Choir
[ Post Reply | Private Reply | To 1 | View Replies]
To: The Magical Mischief Tour
...popular NASA and space researcher, Richard Hoagland, has publicly come forward to reveal that the October 9, LCROSS ‘bombing’ mission of the moon, discovered an ancient base at the moon’s South Pole

Hmmm. Sounds like a poaching of the story behind "2001: A Space Odyssey".

The Examiner is spread out among lots of locations.

There are some good postings coming from the Portland version.

But this is tin-foil hat

The recent crash onto the moon did not make a visible plume because it hit a building....REALLY? 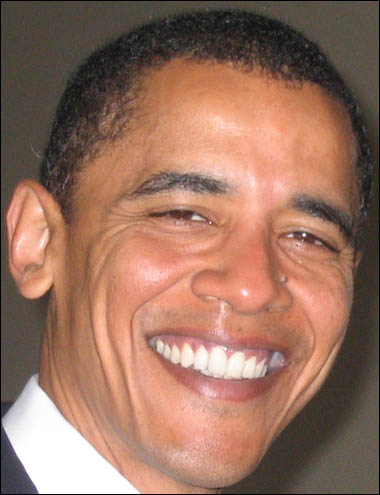 Yep, just finished Koontz’s “Strangers”. They are (or their craft) is buried in a mountain near Elko. They died enroute to the States but the craft is preserved in a secret US gov facility headed by a masochist colonel. The Moon, moon, moon.

It is another way to create a crisis that doesn’t exist - “THE MARTIANS ARE COMING” - so that they can tax us and control us even more.

Extra-terrestrial life has never been much of a secret. Read your Bible. Even most Christians have never studied the angelic realm. The “angels which kept not their first estate” are perfectly capable of UFO sightings, base appearances on the Moon, etc.

I want one those hats.

Thanks. I needed that.