The Oct. 15 broadcast of host Joy Behar's show was no different. First it tackled the issues of the day, like Arianna Huffington's take on whether or not Vice President Joe Biden should resign based on what President Barack Obama does in Afghanistan. Then Behar and her two guests, actor and left-wing activist Richard Belzer and New York Daily News Columnist Liz Benjamin discussed Rush Limbaugh's failed effort to buy a stake in the NFL's St. Louis Rams and the feud between Fox News and the White House.

Behar made suggestion Limbaugh represents himself as someone who is not "in the mainstream" because he argued on his Oct. 14 show the backlash was in part generated by liberal activists threatened by the notion Limbaugh could be considered to be in the mainstream. That notion was one which Belzer lashed out at and called Limbaugh and Fox News host Glenn Beck "fascist stooges" (emphasis added):

Ignore the witch & the show will go bye bye.

Belzer used to be somebody.

What is hilarious is all these lefties own the gov’t...but they still find it necessary to attack the right. :)

Shows ya what losers they are.

Anytime Belzer is mentioned in a post, all I can see is that segment of his comedy show when Hulk Hogan put him in a sleeper hold and then just let him drop. Ha Ha!

Definitely a name to keep in mind for future non-watching. One of my sons asked me if I was going to watch Zombieland and I told him no. It stars Woody Harrelson. 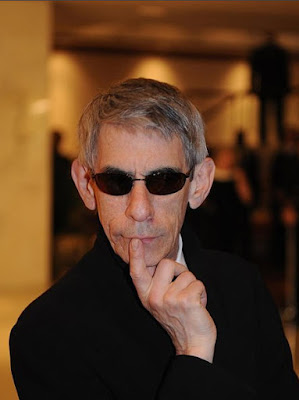 I wonder at what point do conservatives just stop buying products from the sponsers of shwos like this and stop watching the shows.

BOYCOTT THE LEFT, this includes the NFL.

This is the same smug ash hole who said HE knew more about Iraq than the soldiers fighting the war on the ground. Typical leftist scumbag.

These people are treading on dangerous grounds where there is going to be a great backlash for all the suffering 0bama and their Demonrats are causing the people of this country and it is ever more apparent that people can’t ignore who is actually in power and what their policies actually do when implemented. They can’t handle any voices of dissent and have nothing but lies and demonizations to offer up when it is being proven what fascists these hateful worthless arsehats are.

So Richard, how old were you when you decided that you didn’t want to be a Ph.D?

I saw Belzer at a bookstore in Oakland about 15 years ago. The funny thing was he made his assistant/flunky carry his bag of books while he walked ahead carrying nothing.

What’s the point of being a leftist if you’re not arrogant?

I suppose there is a reason why people watch this crap, although I can’t imagine what that reason would be.

Does anyone really watch this show? I didn’t even know she had a show. They’ll give anyone a show these days a spot.

Hey Joy, you DREAM of looking this good up close!

17 posted on 10/16/2009 6:21:11 AM PDT by massgopguy (I owe everything to George Bailey)
[ Post Reply | Private Reply | To 7 | View Replies]
To: SoFloFreeper
Indeed, it seems to have not dawned on the Leftists that the Republicans in D.C. are absolutely powerless to even filibuster. Anytime any staterunmedia maven says anything about “Republican opposition” being the reason for something not getting done, you can be assured that they are lies, lies and damned lies.

Why are we still in Iraq? The Democrats.

Why are we still in Afghanistan? The Democrats.

Why is Gitmo still open? The Democrats.

Why is “don't ask, don't tell” still policy? The Democrats.

Apparently Behar/CNN/HLN have decided to join Maddow, Olbermann and Matthews in a race to the bottom.

When do Limbaugh and Beck ever advocate using the force of government to take over or control industries? Most of Limbaugh's career has been based on saying what the government shouldn't do or what it should stop doing and showing what idiots there are in government trying to control everything they survey. Hardly the core of fascism. Well, maybe if you use the modern definision of fascist as someone who disagrees with a liberal.

Now look at who actually does take over corporations and even entire industries to rule with an iron fist and exerpt control over those they do not own yet. Why, that would be the Democrats.