Speaking to America Magazine, Gregory, who is currently in Rome to be made a cardinal on Saturday, expressed his support for Biden’s wish to receive Holy Communion, despite being an ardent supporter of abortion.

Referring to his relationship with Biden, the archbishop said, “I hope it’s a real dialogue, because I think that’s the mantra of Pope Francis — that we should be a church in dialogue, even with those with whom we have some serious disagreements.”

The archbishop noted how Biden had received Communion during his eight years as vice president under President Barack Obama, and that “I’m not going to veer from that.”

Gregory added that Catholics knew the Church’s teaching regarding the “sacredness of human life from conception to natural death.” Accordingly, he does not think that he would be giving scandal in giving Holy Communion to Biden, who denies Catholic teaching on that point.

Gregory even inferred that giving Holy Communion to Biden was part of his pastoral duty: “On my part, it’s a matter of the responsibility that I have as the archbishop to be engaged and to be in dialogue with him, even in those areas where we obviously have some differences.”

Both of them are excommunicated only heaping judgement upon themselves!!

This was done quietly, in the past.

To make it public ruptures the fabric of the Church.

The Catholic church is totally taken over by leftist democrats.

The Catholic Church in the U.S. is not a religious organization. It has all the characteristics of a state-sponsored “religion” that isn’t religious by any objective measure.

An example of why millions of people believe the RCC is controlled by Satan!

Do you think they REALLY have any “differences”?

“I hope it’s a real dialogue, because I think that’s the mantra of Pope Francis

I know SloJoe’s first wife was killed in a motor vehicle accident, but this is Jill’s second marriage as well. I wonder if her first marriage was annulled and if SloeJoe is even in a marriage recognized by the Church. I don’t know, so just curious, but Joe may already be barred from communion regardless of his sick and unholy views on abortion.

Mr. Wilton D. Gregory can claim any title he wants including “Archbishop” but he just publicly announced that he’s not Catholic.

This is the jerk that complained when Trump visited a Catholic shrine. The guy is a complete scumbag.

“For if you eat the bread or drink the cup without honoring the body of Christ, you are eating and drinking God’s judgment upon yourself.”

14 posted on 11/24/2020 7:01:42 PM PST by piasa (Attitude adjustments offered here free of charge)
[ Post Reply | Private Reply | To 1 | View Replies]
To: marshmallow
The archbishop noted how Biden had received Communion during his eight years as vice president under President Barack Obama, and that “I’m not going to veer from that.”

You're the Archbishop. You actually have the authority to veer toward Church teaching -- not away from it. 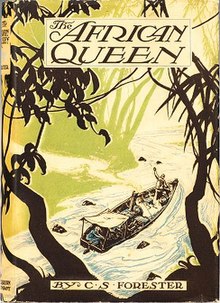 “He who lives according to God ought to cherish towards evil men a perfect hatred, so that he shall neither hate the man because of his vice nor love the vice because of the man.”
― Augustine of Hippo

18 posted on 11/24/2020 8:52:04 PM PST by rollo tomasi
[ Post Reply | Private Reply | To 1 | View Replies]
To: marshmallow
Gregory probably uses the "hate the sin, love the sinner" false concept of this quote concerning those who say they give their lives to Christ.

I like a lot of Augustine writings, but the quote I mentioned is one subject that does not meet Jesus' Matthew 18:15-22 rule but talking to a lot of Priest concerning public scandal, they regurgitate the Augustine's quote pretty much every time.

My rebuttal, do you worship Augustine or God?

The floors of hell are paved with mitres.