April 19, 2018 (LifeSiteNews) – In the past, among pro-life activists – both Catholic and otherwise – you’d find the biggest fans of the pope. Pope John Paul II was often touted as the worldwide leader of the pro-life movement and Pope Benedict XVI regarded as a major contributor to the intellectual defense of life. But the situation after 5 years of Pope Francis’ pontificate is very different indeed.

Pro-life activists all over the world today will tell you that while they continue to pray for the pope, they are unhappy with the direction the Pope is taking the Church.

Here are some of the main reasons why:

1) From the outset of the papacy has come an overt shift in focus on pro-life to other concerns. (“We cannot insist only on issues related to abortion, gay marriage and the use of contraceptive methods… I am a son of the church, but it is not necessary to talk about these issues all the time.”)

2) The sentiment has remained consistent throughout the papacy and has gone from merely interviews into official Church teaching in the latest apostolic exhortation Gaudete et Exsultate. In that document, he equated issues such as immigration and poverty with abortion in contrast to statements from previous Popes.

3) The approach explains the seemingly incomprehensible praise that Pope Francis lavished on Italy’s most prominent promoter of abortion, whom he called one of the nation’s “forgotten greats” for her work on immigration. Even though unrepentant and an abortion pusher making Cecile Richards look tame, the Pope’s praise for her has led to her speaking at various Catholic churches despite protests from pro-lifers.

4) Since shortly after the election of Pope Francis there has been a steady stream of population control advocates speaking at the Vatican. These include: Paul Ehrlich, the father of the population control movement; John Bongaarts, vice president of the pro-abortion Population Council; pro-abortion U.N. Secretary General Ban Ki-Moon; pro-abortion UN advisor Jeffrey Sachs; and Prof. John Schellnhuber. The head of the Vatican’s Pontifical Council for Sciences, Bishop Marcelo Sorondo, who ran most of those conferences, is himself a population control advocate. Sorondo said on camera at one such Vatican conference that limiting births was an obligation of the Church – something he wouldn’t have dared under previous popes.

5) There have been numerous appointments and elevations of bishops and cardinals who are hostile to pro-life, alongside a demotion of strongly pro-life churchmen. Examples include Blase Cupich as Archbishop of Chicago and Cardinal despite his reputation for telling priests not to join 40 Days for Life; Belgium’s Cardinal Danneels; Germany’s Cardinal Kasper; and Belgium’s Josef de Kesel. Demotions and removals of strongly pro-life bishops and Cardinals include Cardinals Burke and Muller, Bishop Finn, and Bishop Nienstedt.

6) He removed the pro-life pledge from the Pontifical Academy for Life. And now appoints pro-abortion members, one of whom recently said the Bible calls for abortion in some cases.

7) Pope Francis pushed for the passage of the Sustainable Development Goals and praised its passage without reservation. Pro-life groups at the UN, including the Holy See Mission, have fought the SDGs for years because Target 3.7 explicitly calls for “universal access to sexual and reproductive health care services.” The UN defined these terms at the 1994 Cairo conference to mean providing women with “modern contraception” for “family planning” and with “safe abortion” where it is legal.

Maybe for the liberal baby-killers.

Exactly! I have started to pray him out.

4 posted on 04/19/2018 8:21:25 AM PDT by DarthVader ("The biggest misconception on Free Republic is that the Deep State is invulnerable")
[ Post Reply | Private Reply | To 3 | View Replies]
To: ebb tide
** a steady stream of population control advocates speaking at the Vatican.**

How about Chesterton from the days of Dickens? 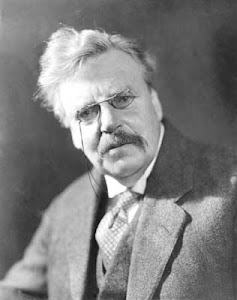 "SCROOGE is not only as modern as Gradgrind but more modern than Gradgrind. He belongs not only to the hard times of the middle of the nineteenth century, but to the harder times of the beginning of the twentieth century; the yet harder times in which we live. Many amiable sociologists will say, as he said, "Let them die and decrease the surplus population." The improved proposal is that they should die before they are born.

"It is notable also that Dickens gives the right reply; and that with a deadly directness worthy of a much older and more subtle controversionalist. The answer to anyone who talks about the surplus population is to ask him whether he is the surplus population; or if he is not, how he knows he is not. That is the answer which the Spirit of Christmas gives to Scrooge."

He will one day throw us under the bus because he
values his radical environmental beliefs more
than his Catholic ones.