In an interview with GQ earlier this week, Archbishop of Canterbury Justin Welby dodged the question of whether gay sex is sinful. He admitted to acting like a politician and to "copping out" on the answer, despite the fact that most Anglicans in the global church agree that gay sex is wrong, as it has been consistently condemned by the Bible and church tradition.

GQ's Alastair Campbell asked Welby point-blank: "Is gay sex sinful?" After balking at the question, the archbishop gave a very telling answer. "You know very well that is a question I can't give a straight answer to," Welby said. "Sorry, badly phrased there. I should have thought that one through."

This immediate dodge is telling enough, but the archbishop went on to explain his tortured position on the issue.

When pressed, Welby admitted that his own personal view of marriage as companionship in this way "could be" between two men or two women.

"I am also aware — a view deeply held by tradition since long before Christianity, within the Jewish tradition — that marriage is understood invariably as being between a man and a woman," the archbishop added. "I know that the Church around the world is deeply divided on this in some places, including the Anglicans and other Churches, not just us, and we are — the vast majority of the Church is — deeply against gay sex."

Welby admitted that he is "having to be a politician," and that is quite a telling statement. It appears that he personally professed a companionate view of marriage which is open to same-sex couples, while representing a church wherein the majority holds to a traditional view of marriage as a one flesh union between one man and one woman.

"I am having to struggle to be faithful to the tradition, faithful to the scripture, to understand what the call and will of God is in the 21st century and to respond appropriately with an answer for all people — not condemning them, whether I agree with them or not — that covers both sides of the argument," the archbishop said. "And I haven't got a good answer, and I am not doing that bit of work as well as I would like."

Welby even admitted that the differences between the historic Christian consensus on marriage and the same-sex view are "irreconcilable."

The archbishop did give one straight answer, however, to the question "Is homophobic hatred sinful?" He unreservedly said that it is, because "you are hating individuals." He immediately clarified, however: "I don't think it is sinful to say that you disagree with gay sex."

When asked whether this statement — the distinction between hatred of homosexuals and the disagreement with homosexual sexual activity — is "morally a cop out," Welby actually said, "I am copping out because I am struggling with the issue."

The archbishop made three painful missteps in this interview. First, he dodged a fundamental question on which he should be able to give an answer. Second, he suggested that the pro-homosexual view of marriage stands on equal footing as the traditional Christian view that marriage is between one man and one woman. Third, he opened the door for equating disagreement with gay sex and "homophobic hatred."

In his new book Mere Sexuality: Rediscovering the Christian Vision of Sexuality, Todd Wilson, senior pastor of Calvary Memorial Church in Oak Park, Ill., laid out what he called "Mere Sexuality," the common Christian tradition of sexuality only rejected in recent decades. His book does not focus on proof texts on homosexuality and transgenderism, but rather a holistic approach, presenting a vision of sexuality.

One extremely important distinction Wilson makes is between a "companionate" view of marriage and the traditional Christian view. In the companionate model, "marriage is primarily about companionship — a deep, intimate, lasting friendship with another person." Because the emphasis is on friendship and romance, it need not be limited to one man and one woman. This seems to be the view Welby hinted to be his own.

"While elements of the companionate view are included in the biblical teaching, overall the Bible has a richer, fuller, more robust understanding of marriage," Wilson counters. He argues that the "one flesh" union of traditional Christian marriage involves "a union of heart, mind, spirit, and body."

"Men and women have one, and only one, bodily organ that has been specifically designed for a complement, and when these two organs ... come together to perform one unified and unifying act, they form a one-flesh union quite literally, physically, indeed even biologically," Wilson writes.

The Christian tradition of "mere sexuality" is not about condemning those who struggle with same-sex attraction, but about following the example of Jesus Christ and his disciples' teaching. Jesus Himself was a man — fully tempted as all men are, including sexually — who lived His entire life without sexual relations, and Christians believe He lived a fulfilled life. Jesus endorsed the "one flesh" view of marriage, but neither he nor St. Paul suggested that sexual activity was life's central fulfillment.

According to the Bible and Christian tradition, marriage is an exclusive, permanent, "one flesh" union between one man and one woman. This view may be countercultural, but it enjoys much more solid footing in the Church than a mere companionate view, and Welby did his hearers a disservice by suggesting otherwise.

Finally, it is no "cop out" to emphasize the difference between disagreeing with same-sex sexual activity and "homophobic hatred." Christians are consistently called to love their neighbors, and this even includes their enemies. It is one thing to hold that "gay sex is sinful" and another to hate gay people. Christians in the tradition of "Mere Sexuality" consider gay sex sinful but love gay people — because they themselves are also sinners.

There is a clear and important distinction between Christian doctrine that homosexual sexual activity (and heterosexual sex, for that matter) is sinful outside the bounds of marriage, and an un-Christian animus and hatred toward LGBT people. Any such "homophobic hatred" is just as sinful as gay sex.

It is indeed a turbulent time to be the archbishop of Canterbury. In January of last year, the global Anglican Communion almost split over the issue of same-sex marriage. Instead, the global leaders voted to suspend the U.S.-based Episcopal Church. In July, the General Synod of the Church of England (the England branch of the Anglican Communion) voted to solemnize transgender services. Indeed, a family on the Isle of Wight is suing a school run by the Church of England over its transgender policy.

At such a time as this, clear, consistent, orthodox teaching on sexuality is more important than ever, but Welby seems unable to provide it.

For those confused about the Christian view of sexuality — regarding same-sex marriage, transgenderism, and other complex issues — Wilson's new book is an excellent resource. Perhaps Justin Welby should purchase a copy.

He needs to be asked follow-up questions:

“You know very well that is a question I can’t give a straight answer to,”

3 posted on 10/06/2017 9:25:54 AM PDT by ForYourChildren (Christian Education [ RomanRoadsMedia.com - Classical Christian Approach to Homeschool ])
[ Post Reply | Private Reply | To 1 | View Replies]
To: SeekAndFind
Archbishop of Canterbury Admits 'I Am Copping Out' When Asked 'Is Gay Sex Sinful?'

Huh. Why you doin' that?

“Is it a sin to worship idols to many gods?”

I know that the Church around the world is deeply divided on this in some places, including the Anglicans and other Churches, not just us, and we are — the vast majority of the Church is — deeply against gay sex.”

It isn’t about being against it as a church, the question was IS IT SINFUL. That comes from God and he would have been much better off with a one word answer.....YES.

the answer is quite simple.

Yes, gay sex, or any sex for that matter outside of marriage is sinful. Just as telling a lie is sinful.

Now that doesn’t mean it has to be unlawful anymore than telling a lie (under most circumstances) is not unlawful.

But sinful and unlawful are two entirely different things.

God doesn’t change and neither does His Holy Word.

This little fraud will find out the hard way once his short life is over I see. As will all who believe this way. 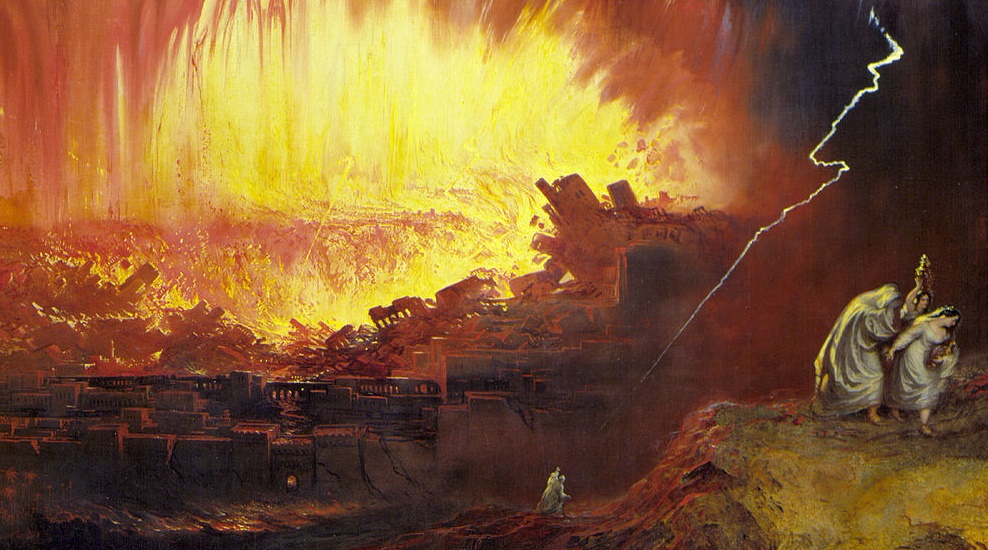 “I dunno. Is it mentioned in the Ten Suggestions?”

It occurs to me that this could be an artful way of answering the question in a very honest and Christian way – just start off by pretending to misunderstand the question:

“Is homosexuality sinful?”
“Do I think the politicians should outlaw it? No, I do not. We don’t need laws against homosexuals. We don’t need to hunt people down and oppress them over this. Who believes that is a good idea? Certainly not me!”
“No, no, no. That isn’t the question! Is homosexuality sinful?”
“Of course. Read the Bible. Anyone who loves someone and wants what is best for their soul should encourage them to repent of their sins. All sins. Lying, stealing, adultery. Homosexuality is certainly one of the things which is sinful.”

He can’t give a STRAIGHT answer because he’s a POOF.

Is an Archbishop who tells everyone in his Church that it’s OK to sin if you want to sinful?

It’s better to tie a millstone around your neck than to fail to inform your people when they are sinful.

I think we can all see where this is heading.

No cop-outs here. “Gay” sex is 100% sinful, 100% of the time. Just like any other kind of adultery. The Bible, particular the writings of the Apostles, are VERY clear on this.

the Archbishop of Canterbury can’t figure out how Christians could support Donald Trump.