Pondering the Approaching Feast of the Word Made Flesh
Archdiocese of Washington ^ | 11-27-16 | Msgr. Charles Pope

Pondering the Approaching Feast of the Word Made Flesh 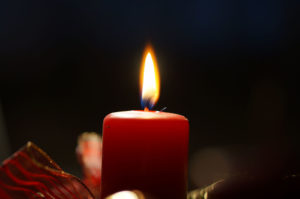 As Catholics, we open Advent with the New Testament. We read its earliest pages, and the light shows brighter than ever as one covenant passes on and the New Covenant begins. The Groom has found his Bride.

Catholics reverence the whole of the Scriptures and refuse Marcionism, a heresy that (among other things) rejected the Old Testament. However, not all of Scripture has equal authority in its application. We read the Old Testament in the light of the New Testament. Many of the things that the Old Testament pointed to are fulfilled and transposed in the New Testament. We no longer sacrifice lambs, because Christ Jesus is the Lamb of God, who takes away the sins of the world. We no longer require the Jewish temple and its rituals, because Jesus is the Temple. Many of its rituals have been taken up in a transposed way into our Liturgy with Him who is our High Priest.

Yet the searing assessments of the prophets and their warnings of the need to repent from injustice and infractions of the Law ring as true as ever. Jesus came to fulfill the moral Law, not to replace or cancel it—and fulfill it He did.

We are blessed by the Old Testament, but also blessed to be in the times of the New Testament. The author of the Letter to the Hebrews wrote,

On many past occasions and in many different ways, God spoke to our fathers through the prophets. But in these last days He has spoken to us by His Son, whom He appointed heir of all things, and through whom He made the universe (Heb 1:1-2).

I have always cherished the way this verse begins in the old Latin Vulgate: Multifarium multisque modis …. It is so stately in its cadence! But I digress …

As we prepare for Christmas, we ought to meditate on the glory of having the very Word by and through whom God the Father uttered all things into being, pitch His tent among us and speak to us. Jesus is no mere prophet; He is the very Word they heard. There is a glory to the Gospels and the New Testament that cannot be denied. The very Word of God speaks through His own Body, the Church.

St. Bernard of Clairvaux reflected on this truth and on the longing expressed in the Old Testament’s Song of Songs (note that Bernard uses hyperbole):

[The bride, The Church says] Let him kiss me with the kisses of his mouth …. No longer am I satisfied to listen to Moses for he is a slow speaker and not able to speak well (Ex 4:10). Isaiah is a man of unclean lips (Is 6:5). Jeremiah does not know how to speak, for he is but a youth (Jer 1:6). Not one of the prophets makes an impact on me with his words …. For they are a watery darkness and a dense cloud (Psalm 18:12). … But He, the one whom they proclaim, let Him speak to me, Let Him kiss me with the kisses of his mouth; let Him, whose presence is full of love, from whom exquisite doctrines flow in streams, let Him become a spring inside me welling up to eternal life (Jn 4:14). With good reason, then, I avoid trucking with visions and dreams; I want no part with parables and figures of speech. Even the very beauty of the angels can leave me only wearied. For my Jesus utterly surpasses these in majesty and splendor …. Let him kiss me with the kisses of his mouth [The Song of Songs, Sermon 2 by St. Bernard].

And thus as Advent opens we do well to ponder the gift of our Lord Jesus in the Incarnation, to celebrate the new and everlasting covenant wrought by Him and described in the Gospels. We do not discard the Old Testament, but rather interpret it even more nobly through Christ. Isaac, going up Moriah’s height, is a Christ figure; so is Joseph, betrayed by his brothers but also their savior. The crossing of the Red Sea is baptism. The ark of Noah is the Church. The Ark of the Covenant is a prefigurement of Mary, the ark who carried Jesus in her womb and later in her arms. The Scriptures begin in Genesis, in a garden with the tree of life, and they end in the garden described in Revelation, with the same tree of life. The Scriptures begin with a marriage and end with one. The list could go on and on.

This is our blessing: to know God not merely in words, but to know Him who is the Word made flesh. Ponder well the gift of the Word made flesh. The pursuit of lovers in the Old Testament has borne fruit. The lover has found his beloved. And the Bride, which is the Church, cries out in desire, “Let Him kiss me with the kisses of His mouth.”

A blessed Advent to one and all!

The beautiful Advent hymn in the video below summarizes well the joy of the Bride at the arrival of her Groom. It is also a quick summary of the Song of Songs.

It is sung at every Matins until December 24. One needs all that time to grasp the richness of the text:

I behold a strange and wonderful mystery:
the cave a heaven,
the Virgin a cherubic throne,
and the manger a noble place in which hath laid Christ the uncontained God.
Let us, therefore, praise and magnify Him.


3 posted on 11/28/2016 5:54:58 PM PST by lightman ( Beat the Philly fraud machine the Amish did onest, ja? Vas is das? TRUMPALUTION!)
[ Post Reply | Private Reply | To 1 | View Replies]
To: All
Pondering the Approaching Feast of the Word Made Flesh
A Recipe for Readiness – A Homily for the First Sunday of Advent,br> Run to Jesus! An Advent Reflection
The History of Advent
Preparing Our Hearts and Minds for Advent
Advent: The Real Meaning of Christmas Lights
4 posted on 12/01/2016 8:44:38 PM PST by Salvation ("With God all things are possible." Matthew 19:26)
[ Post Reply | Private Reply | To 3 | View Replies]