Women-priest fakers allow Protestants [UCC] to define who Catholics are. There must be consequences.
What Does The Prayer Really Say ^ | 4/28/2013 | Fr. John Zuhlsdorf

As far as UCC goes, I don't tell them how to run their organization. Back the hell off of ours.

But didnt Jesus Himself,Ask a woman to preach the gospel “IE HE is Risen” to the disciples?

They may be “protestant” in the sense that they are protesting the Roman Catholic Church, but they aren’t Protestants in the historic reformational sense of that word. Reformed Protestants have no more in common with the UCC and this group of faux-Catholics than we do with the Pope. I suspect we couldn’t agree on the day of the week.

UCC is not even remotely Christian, being further to the left than even ECUSA. BTW, Marty Haugen is UCC, so why is he in any Catholic Hymnal?

7 posted on 04/28/2013 9:19:34 AM PDT by Fred Hayek (The Democratic Party is now the operational arm of the CPUSA)
[ Post Reply | Private Reply | To 2 | View Replies]
To: Craftmore
Catholic women preach and teach. God knows *I* do. By that doesn't mean that women are Catholic deacons, priests, and bishops.

I presume *you* teach. (Writing stuff in FR is an aspect of that.) Does that make you a Catholic deacon, priest, or bishop?

I’m in complete agreement that Roman Catholics are entitled to define themselves on their own terms, so why the lashing out at “Protestants” when dealing with your own behaving disobediently?

It’s disingenuous and misleading. Why? Is there some fear that the secular world might figure out that there is actual disagreement in the ranks, as if a bunch of sedes fanning out onto internet forums to bellow about Vatican II isn’t already doing that?

Stop slinging mud at potential allies, is my suggestion.

Don't get me started.But the Catholics are confused about hymnody - what it is, what it's for, when to do it, how to do it, etc.

I think that the "spirit of Vatican II" created a space for Catholic dissidents to act out, and one of their favorite places to do it is with their heretical "hymns", like "Sing a New Church Into Being".

Catholic hymn-haters are reacting to this Delores Dufner/Marty Haugen/Dan Schutte garbage. Most of the Catholics in our parish take Isaac Watts as one of their own. Our hymnal, among the trio above, Negro spirituals, and Spanish jibber-jabber, has about twenty singable hymns.

I mean, how perverse is it to steal the melody of "Come Thou Fount of Every Blessing" and turn it into a protest song??

My view is this: Maybe Mass should have hymns, maybe it shouldn't. Since the congregation doesn't sing anyway, it seems kinda pointless.

But if they DO have hymns, they should have real ones. 500 years of English hymnody has created quite a list to choose from. 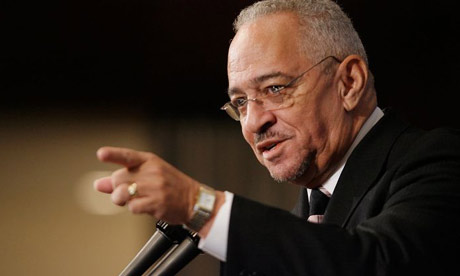 Sorry. This looks like another Papist issue that FRoman Catholics try to blame on true Protestants. Need to quit blaming us and get your own house in order.

How many women did Christ ordain to the Priesthood?

Incorrect. It's an accurate definition, your thin skin notwithstanding.

a: any of a group of German princes and cities presenting a defense of freedom of conscience against an edict of the Diet of Spires in 1529 intended to suppress the Lutheran movement

b: a member of any of several church denominations denying the universal authority of the Pope and affirming the Reformation principles of justification by faith alone, the priesthood of all believers, and the primacy of the Bible as the only source of revealed truth; broadly: a Christian not of a Catholic or Eastern church

2: one who makes or enters a protest

Shouldn’t you be watching Seinfeld reruns?

I remember nothing in my Bible that says He made disciples priests either,can you show me chapter and verse?

Can’t see why anyone would get upset if none of those apply, and I can’t see it applying to any Protestant Freepers. Oh wait, gotcha, a Catholic, no matter how conservative, said something about a bunch of liberal Protestant wackaddoos. What a monster.

... and this Roman Catholic woman acting in defiance of her own church falls under which of those three definitions? None of them.

The use of “thin skinned” as a negative description of those with which one agrees is disingenuous and misleading, too.

This woman and those who enabled her are not in any way Protestant. They are professing Roman Catholics who are disobeying the leadership of their church.

If you’d like to disassociate yourselves from them for this disobedience, I suggest doing so, rather than attempting to make them appear to be something they’re not.

They are protestants only in the broadest sense of that term. Indeed they are protesting your pope and defying the historic teaching of the Roman Catholics, but neither the UCC nor these nominal Catholics accept “Reformation principles of justification by faith alone,” which was the fulcrum on which the Reformation turned. I suspect they wouldn’t have the slightest undertanding of the historic Protestant understanding of justification. And it is that doctrine, more than any other, which unites Protestants.

Conservative Catholics and conservative Protestants stand shoulder to shoulder socially and morally. Articles like this serve no useful purpose than to divide the Body of Christ.

The UCC no more defines Protestantism than this splinter group defines the Roman Church.