I’m conflicted about Trinity Broadcast Network, which wrapped up its Fall Praise-A-Thon today.

There is no denying that “America’s most-watched faith and family friendly network,” as TBN advertises itself, provides a service to the Christian faithful.

I, for one, appreciate the platform it provides for such pastors as Ken Copeland, Charles Stanley, John Hagee, Ed Young Sr., David Jeremiah and Joel Osteen.

Yet, my soul is troubled by news reports of what goes on behind the scenes of the network founded 39 years ago by Paul and Jan Crouch:

A bitter division within the Crouch family that belies the happy front 78-year-old Paul and 74-year-old Jan, and son Matthew and wife Laurie, put on while hosting TBN’s Praise-A-Thon this past week.

Lavish spending by “Papa” and “Mama,” as Paul and Jan are called on air, which might be acceptable for a billionaire couple like Bill and Melinda Gates, but not for a putative Christian couple that has spent the past week encouraging its viewers to “plant of seed” with TBN of $100 or $1000 or more if they desire God’s favor.

This past Spring, Brittany Crouch Koper, the 26-year-old granddaughter of Paul and Jan Crouch, went public with allegations of scandalous, decidedly unGodly behavior within the Crouch family.

That includes, she said, the family’s cover-up of a “bloody sexual assault,” as well as infidelities by both Mama and Papa Crouch, and repeated incidents in which Uncle Matt Crouch exposed his genitals to TBN cleaning staff.

Equally damning were allegations by Brittany, who served as TBN’s finance director, of unscrupulous financial practices by the non-profit Christian enterprise.

Indeed, Mama and Papa Crouch have his-and-her $5.6 million mansions one street apart in Newport Beach, California. Mama spends little time at her SoCal estate because she’s usually at a huge TBN-owned home in Orlando – where she oversees the company’s Holy Land Experience theme park – which is adjacent to a similarly lavish home there Papa uses on his rare visits to the Sunshine State.

The Crouches travel back and forth across the country, and around the world, in TBN jets valued at $8 million and $49 million apiece. The Christian TV network also owns a Bentley, which Papa Crouch sometimes uses to get from place to place.

“People have been conned by my grandparents,” said Britany, who is estranged from the Crouch family along her dad, Paul Jr., who used to host both “Praise the Lord” and “Behind the Scenes” TBN’s flagship programs, before parting ways with his parents last year.

Now, there’s little dispute that Paul and Jan Crouch have done a great work in growing TBN over the past four decades, from renting a couple hours a day on a small SoCal television station back in 1973 to overseeing the vast broadcasting empire network TBN is today.

But “Papa” and “Mama” must well know, from reading the Bible, that their works, however great that may be, are as “filthy rags” in the eyes of God.

And Paul’s “sex with men” problem.

They are shysters of the worst sort.

One of their stations is based in my town, it looks like a miniature White House.... geez

Read every New Testament passage on giving. What did Christ and the early church and apostles say about giving?

Generously, cheerfully, to those in need, to the poor.

What would Jesus do?

Occasionally, they show some good Christian movies on there, but I can’t stand all of the ‘prosperity gospel’ stuff.

Ask for money, money, money with their homes and also a ranch which several horses are kept. A good racket going for so called Christians and their followers are being suckered in.

Those who take a vow of poverty are to remain poor.
So why is this wonderful grandchild so estranged?

People can give what they want to.
My mom (who passed) used to go into the OC and help with thre prayer lines in the 90s. She felt they were real and genuine people.

This is a private ministry. The ones that take off have wealth and those that don’t do not.

If they have these big mansions and cars, I guess they don’t need that much then, right?

this is what you get when you have network that is based on the age old errors of sola scriptura, and sola fide....

i stick with EWTN, we have His catholic worldview based on His word, His authoritative teaching church, and His Sacred tradition...

all devoted to the word of God....

nothing vaguely close to what happens on TBN.....

From my perspective, Billy Graham always set a fine standard for ministers, in terms of personal and financial conduct. His “salary” was extremely modest, and he has lived, for decades, in a comfortable home in the North Carolina mountains that is hardly a mansion.

Compare that to the opulent lifestyles of Crouch clan. I get the impression that the granddaughter wouldn’t be so upset if she hadn’t been kicked off the gravy train. Quite frankly, I’m surprised their empire hasn’t imploded already; it’s also a little disturbing to see ministers I admire (John Hagee, Charles Stanley and even Franklin Graham) paying homage to Paul and Jan, (apparently) to maintain access to their satellite channel.

This should be charged as a criminal conspiracy, racketeering, and the Crouch’s thrown into jail. Same goes for Joel Osteen and his ilk.

“this is what you get when you have network that is based on the age old errors of sola scriptura, and sola fide....”

Oh please,, the vatican and the Bishops ain’t exactly living in poverty. They live the lives that equal any monarch as far as wealth. The RCC is one of the wealthiest organizations on earth. And sexual perversion on little boys was hidden and covered up. (ahem,,disciplined “internally”)

And their obvious shortcoming are failings of individuals, not of their theology. And this is also the case at Trinity. Try again papist fanboy
The

16 posted on 11/18/2012 12:56:04 PM PST by DesertRhino (I was standing with a rifle, waiting for soviet paratroopers, but communists just ran for office.)
[ Post Reply | Private Reply | To 11 | View Replies]
If somebody is doing Petraeus, there's hope for all guys with comb-overs. 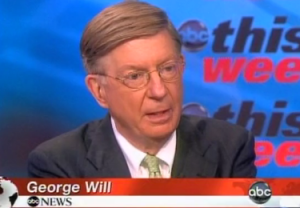 AGREED, there is wealth in rome, and their are individual sinners, but we are talking the network. tbn is based on shows that follow the errors of sola this and that...man made, thus man made shows and man made biz practices to run the network....

ewtn doesnt have that issue, it is God centered with one set of historic biblical doctrine from show to show....no health and wealth.....etc.....and it is run thusly....and is an exemplary model of christian biz practices..

I don’t recall anything “catholic” in the Bible. I’ve read a lot of Catholic religious posts on FR and most of them never mention Jesus. They sure like naming their churches and devoting prayers to non-deities though.

I don’t tune into TBN but really appreciate the satellite offshoot “The Church Channel” . . .with preachers such as Graham from Texas, Merritt, Rogers, Stanley, Roth. This Satellite brings credibility to that part of the “empire”.