DUBLIN, April 30, 2012 (LifeSiteNews.com) – The Irish Justice Minister has evoked outrage from the Catholic Church by proposing 5-year prison sentences for priests who fail to report sex abuse of minors if they hear about it in the confessional.

Alan Shatter’s mandatory reporting bill, introduced Wednesday, will make it a criminal offence to fail to disclose information to police which would “assist in prosecuting a person who commits a serious offence against a child or vulnerable adult.” The bill confirms fears that the government of Ireland will attempt to force priests to break the seal of the confessional, an idea that caused an uproar when it bruited about the Dail last summer.

A statement from the Vatican last August made it clear that under no circumstances whatever may a priest reveal what he learns in confession, even if a penitent confesses to criminal activity. The seal of confession is the oldest and most sacrosanct of the disciplines of the Catholic priesthood.

“Ireland can pass whatever laws it wants,” said Archbishop Girotti, regent of the apostolic penitentiary, to Il Foglio, “but it must know that the Church will never submit to forcing confessors to inform civil officials.”

Cardinal Seán Brady, the primate of Ireland, condemned the government’s plans, calling them “challenge to the very basis of a free society.”

“The inviolability of the seal of confession is so fundamental to the very nature of the Sacrament that any proposal that undermines that inviolability is a challenge to the right of every Catholic to freedom of religion and conscience,” Cardinal Brady said to a group of pilgrims at the Shrine of Knock.

To date, no formal statement has been issued on the subject by the Irish Catholic bishops in defence of the Church’s ancient legal privilege. Auxiliary Bishop Raymond......

It would be more helpful if Priests divulged confessions of politicians breaking the public trust....

When is THAT bill coming forward?

I suppose Doctors and Lawyers will be next.

In coordination with Obama’s birth control mandates, part of a coordinated global attack on the Church.

I don’t imagine there will be very many cases where priests will be required to break the vow of secrecy of the confessional, but it will happen. I would not count on all priests being strong.

People now are soft. Few people in the West have any idea what it really means to be tested in one’s faith - to the point of imprisonment or even death. Faced with that, many will crumble.

When you tell a Priest your sins it’s a Confession. When a priest repeats your sins in Court it’s Hearsay.

Subordinating God to man’s law is the ultimate evil. 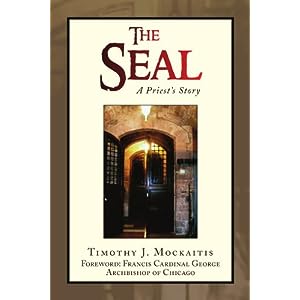 I would think that while a priest would not be obligated to to divulge what he heard in a confession or who had confessed to him, the priest could freely admit that he never heard the confession of one who was trying to cause that priest some mischief, especially if that individual had never made any confession to him or had any sort of contact at all.

Thus, why have the law at all? A priest has no discernment that what the confessor had told him was true or not unless the Holy Spirit gave him a prompting but even such “promptings” would never be held up in court( I’m not trying to make light of the Holy Spirit...heaven forbid, but the secular courts might). Some folks are mentally ill and make up all sorts of things that they may have or may have not done.

I might be forced by law as an RN to give testimony as to any potential law violations of my patients and I have to let them know in advance of the possibility should any of them want to “tell me something important.” Still the defense lawyers will hit me with a “hear-say allegation” unless other solid evidence was found.

If I’m the Bishop and this law passes in Ireland, then the mandate comes down, no further face to face confessions, only confessions behind the screen like the old days. Priests won’t know the identity of their penitents. Problem solved.

What about confessions heard during extreme unction?

“While I doubt that very many of those who are pedophiles go to confession and admit it to their priest, I have no doubt that more than a few Irish pedophiles who are caught after this bill passes will swear they confessed their crimes to several priests.”

As I understand it, absolution for a crime often requires turning yourself in for it. If they don’t intend to do so I don’t think they can be absolved of it.

The Church’s cover-up of the gay priests is taking a heavy toll; I think a lot of people that would have opposed some of the laws designed to target the Church specifically (such as removing statutes of limitations for select crimes) will now support those laws...”for the children”.

Salvation’s right. This is a bit long, from Father William Saunders, at here:
http://www.catholiceducation.org/articles/religion/re0059.html

The Seal of the Confessional
FR. WILLIAM SAUNDERS
Can a priest ever tell someone another person’s confession?

The standard of secrecy protecting a confession outweighs any form of professional confidentiality or secrecy. When a person unburdens his soul and confesses his sins to a priest in the Sacrament of Penance, a very sacred trust is formed. The priest must maintain absolute secrecy about anything that a person confesses. For this reason, confessionals were developed with screens to protect the anonymity of the penitent. This secrecy is called “the sacramental seal,” “the seal of the confessional,” or “the seal of confession.”
The sacramental seal is inviolable. Quoting Canon 983.1 of the Code of Canon Law, the Catechism states, “...It is a crime for a confessor in any way to betray a penitent by word or in any other manner or for any reason” (No. 2490). A priest, therefore, cannot break the seal to save his own life, to protect his good name, to refute a false accusation, to save the life of another, to aid the course of justice (like reporting a crime), or to avert a public calamity. He cannot be compelled by law to disclose a person’s confession or be bound by any oath he takes, e.g. as a witness in a court trial. A priest cannot reveal the contents of a confession either directly, by repeating the substance of what has been said, or indirectly, by some sign, suggestion, or action. A Decree from the Holy Office (Nov. 18, 1682) mandated that confessors are forbidden, even where there would be no revelation direct or indirect, to make any use of the knowledge obtained in the confession that would “displease” the penitent or reveal his identity.

(Just as an aside, a great movie which deals with this very topic is Alfred Hitchcock’s “I Confess,” which deals with a priest who hears a murder confession and then is framed for the murder. As a priest, I was in agony during much of the movie.)

However, a priest may ask the penitent for a release from the sacramental seal to discuss the confession with the person himself or others. For instance, if the penitent wants to discuss the subject matter of a previous confession — a particular sin, fault, temptation, circumstance — in a counseling session or in a conversation with the same priest, that priest will need the permission of the penitent to do so. For instance, especially with the advent of “face-to-face confession,” I have had individuals come up to me and say, “Father, remember that problem I spoke to you about in confession?” I have to say, “Please refresh my memory,” or “Do you give me permission to discuss this with you now?”

Or if a priest needs guidance from a more experienced confessor to deal with a difficult case of conscience, he first must ask the permission of the penitent to discuss the matter. Even in this case, the priest must keep the identity of the person secret.

Actually, the Church’s position in this matter has long-standing credibility. The Fourth Lateran Council (1215) produced one of the first comprehensive teachings concerning the Sacrament of Penance. Addressing various problems ranging from abuses to heretical stands against the sacrament, the council defended the sacrament itself, stipulated the need for the yearly sacramental confession of sins and reception of the Holy Eucharist, and imposed disciplinary measures upon priest confessors. The council decreed, “Let the confessor take absolute care not to betray the sinner through word or sign, or in any other way whatsoever. In case he needs expert advice he may seek it without, however, in any way indicating the person. For we decree that he who presumes to reveal a sin which has been manifested to him in the tribunal of penance is not only to be deposed from the priestly office, but also to be consigned to a closed monastery for perpetual penance.”

A beautiful story (perhaps embellished with time) which captures the reality of this topic is the life of St. John Nepomucene (1340-93), the vicar general to the Archbishop of Prague. King Wenceslaus IV, described as a vicious, young man who easily succumbed to rage and caprice, was highly suspicious of his wife, the Queen. St. John happened to be the Queen’s confessor. Although the king himself was unfaithful, he became increasingly jealous and suspicious of his wife, who was irreproachable in her conduct. Although Wencelaus tortured St. John to force him to reveal the Queen’s confessions, he would not. In the end, St. John was thrown into the River Moldau and drowned on March 20, 1393.

Each priest realizes that he is the ordained mediator of a very sacred and precious sacrament. He knows that in the confessional, the penitent speaks not so much to him, but through him to the Lord. Therefore, humbled by his position, the priest knows that whatever is said in confession must remain secret at all costs.

Another interesting side to this question is the obligation of the laity: An interpreter needed for someone to make a confession or anyone who gains knowledge of a confession (such as overhearing someone’s confession) is also obligated to preserve secrecy (Code of Canon Law, No. 983.2). For such a person to violate the secrecy of another person’s confession is a mortal sin and warrants “a just penalty, not excluding excommunication” (No. 1388.2). A person who falsely accuses a priest of breaking the seal of the confession incurs a mortal sin and perhaps other canonical penalties, including excommunication.

Clearly, the Church regards the seal of confession as sacred. Every person — whether priest or laity — must take the obligation to preserve the secrecy of confession absolutely seriously.

Reprinted with permission of the Arlington Catholic Herald.

Father William Saunders is dean of the Notre Dame Graduate School of Christendom College and pastor of Queen of Apostles Parish, both in Alexandria, Virginia. The above article is a “Straight Answers” column he wrote for the Arlington Catholic Herald. Father Saunders is also the author of Straight Answers, a book based on 100 of his columns and published by Cathedral Press in Baltimore.

I hope that this helps the understanding of all.

Who do you suppose designed musical chairs for offenders?

Just this? Not other crimes? Not murder?

Sorry, no priest is going to comply with this.

Let’s see how long it takes Ireland the US to fill the jails with priests.

Bill Donohue of the Catholic League for Civil Rights had a story during the scandal of one particular week in which the NYC public school system had five sex abuse incidents (by school employees on minors); he had names & dates.

It never even made the news.