LONDON, February 16, 2009 (LifeSiteNews.com, with files from VirtueOnline) - As long as a homosexual partnership is "faithful and lifelong," it presents only the same ethical questions as a natural marriage, wrote the head of the Church of England in a series of letters, dating from 2000 and 2001, that have only just been made public.

The London Times revealed this weekend that Dr. Rowan Williams, the Anglican Archbishop of Canterbury, made the statements in a series of letters to Deborah Pitt, a psychiatrist and evangelical Christian living in his former archdiocese in South Wales, while Williams was still the archbishop of Wales.

"I concluded that an active sexual relationship between two people of the same sex might therefore reflect the love of God in a way comparable to marriage, if and only if it had about it the same character of absolute covenanted faithfulness," Dr. Williams wrote in one of the letters.

Dr. Williams said he had reached this "definitive conclusion" after 20 years of study and prayer. Although he had once opposed homosexual activity, he said, he had changed his mind while a university professor.

In his letters, Williams said that he "drew a distinction" between his personal views as a theologian and his position as the titular head of the Established Church of England.

Williams' comments came to light at the same time as ongoing discussions among senior Anglican bishops came to a standstill at a five-day meeting of senior bishops held in Alexandria, Egypt. The meeting was intended to tackle the divisions in the Anglican Communion over the acceptance of homosexuality by the liberal factions in the church.

At that meeting Dr. Williams said that "the willingness to find reconciliation has been very much in evidence," while admitting that there are "deep divisions" in the Communion.

David Virtue, a conservative Anglican journalist, reported from Alexandria that the response of the orthodox Anglican primates was more forthright. He quotes Archbishop Peter Akinola, the head of the Anglican church in Nigeria, saying that those pushing for acceptance of homosexuality are "trivializing" their religion.

"It now seems increasingly clear that without a radical change of behavior on the part of The Episcopal Church and the Anglican Church of Canada the only possible outcome of such a process is acknowledgement of a bitter truth that the differences ... are irreconcilable," Akinola said.

Akinola recently commissioned a report by the American Anglican Council and a group of orthodox Canadian Anglicans, to clarify the situation of the church in those countries. The US report provides a minutely detailed record of the efforts of the "leadership of the Episcopal Church," which it says "has been systematically destroying the foundations of Anglican Christianity within the United States."

The report also said that the "fruits" of this "new theology" include "the promotion of abortion, weakening traditional marriage, promoting same sex blessings and other sexual aberrations, communion for the unbaptized, and accelerating litigation by TEC [the Episcopal Church] against the orthodox."

A similar report, dated January 26, 2009, by orthodox Anglicans in Canada, expressed their gratitude to the doctrinally orthodox primates who have been "willing to cross jurisdictional boundaries" to provide oversight for Anglicans unwilling to go along with the pro-homosexual agenda of the leadership of the Anglican Church of Canada [AcoC].

"Their support, in spite of the hostile reactions of the ACoC and TEC, has been a blessing and witness that has given many faithful Anglicans hope and a reason to remain within Anglicanism. Without their support, many more faithful Anglicans would have been lost as they departed for other denominations or ceased going to church altogether," the Canadian report said.

Meanwhile, the branches of the Anglican Communion that have retained and vigorously defended Christian teaching are reportedly increasing rapidly. David Virtue reports that new dioceses are being formed in Rwanda, Nigeria and Uganda every few months. It is already widely acknowledged, on the other hand, that the membership of the Anglican churches in most western countries is in freefall, with congregations aging and churches closing and being sold in Canada, the US, Britain and Australia.

I hate that man. Hate.

Rowan Williams is a heretic and an apostate.

So how does this jive with his pro-Shariah stance? 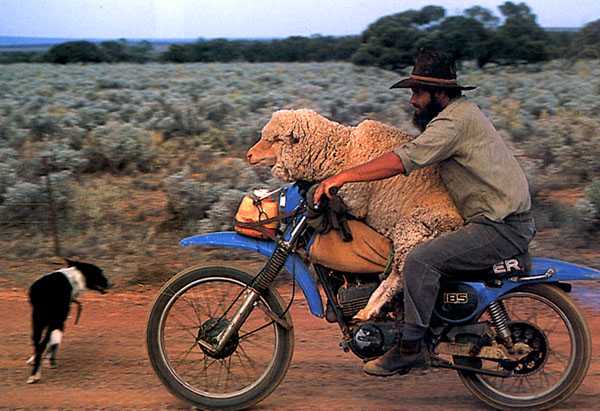 "Yeeeehaaawwwwww! Now its our turn!!!"

At some point he will have to behead himself...

“But false prophets also arose among the people, just as there will be false teachers among you, who will secretly bring in destructive heresies, ... And many will follow their sensuality, and because of them the way of truth will be blasphemed. ...

For it would have been better for them never to have known the way of righteousness than after knowing it to turn back from the holy commandment delivered to them. What the true proverb says has happened to them: “The dog returns to its own vomit, and the sow, after washing herself, returns to wallow in the mire.””

In related news, e-coli is the same as steak

“Although he had once opposed homosexual activity, he said, he had changed his mind while a university professor.”

This says it all. Universities are poison to the mind.

Well there ya go.

More proof that prolonged study is no guarantee of enlightenment.

He is an evil fool.

Queer marrying is about as enchanting as incest, beastiality, necrophilia and pedophilia. All opposed are bigots, homophobes, necrophobes, pedophobes, and beastophobes. What is the word for unnatural fear of incest?? Please help.

Ditto!! You took the words out of my mouth.

LOL! Not too many people would have arrived at that logical conclusion. Thanks for the laugh.

And PRAYER! Don’t forget PRAYER! (I hate how they always throw that in there as if they suddenly remember they’re supposed to be “holy” men.)

18 posted on 02/17/2009 1:54:02 PM PST by ichabod1 (I am rolling over in my grave and I am not even dead yet (GOP Poet))
[ Post Reply | Private Reply | To 11 | View Replies]
To: NYer
"I concluded that an active sexual relationship between two people of the same sex might therefore reflect the love of God in a way comparable to marriage, if and only if it had about it the same character of absolute covenanted faithfulness," Dr. Williams wrote in one of the letters.

Another example of "fairness" making what is wrong right.. and what is right wrong.

The good Archbishop has fallen for the fraud of relativism.